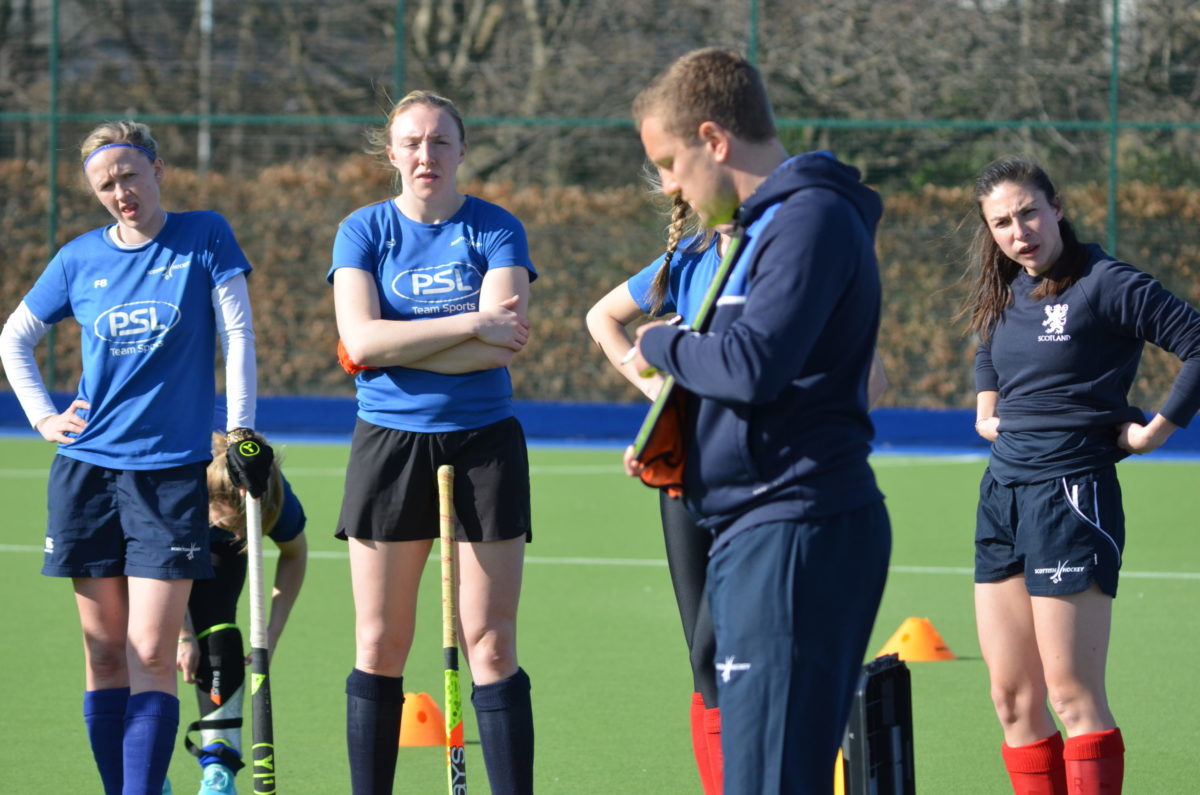 Coach Chris Duncan (pictured at training with Scotland) aims to claim a third straight win over Ireland when the teams meet in Belfast today (11am) in the third game of their three-Test series.

Scotland’s women thrashed their hosts 5-1 on Sunday, with Ireland six places above the Tartan hearts in the world rankings. This confidence-boosting result came after a 2-1 victory on Saturday also in Belfast.

Duncan, who is also director of hockey at The Edinburgh Academy, declared: “We’re only as good as our next match so we have it all to do again in Tuesday as the series comes to a close.”

The coach was thrilled with the performance on Sunday against a side ranked No 12 in the world and he said: “We started with a great intensity and energy. We won the ball really well, were composed in possession, but as we tired we could have been a little more effective and managed our game a little better. We do have some polishing to do, but Sunday was a really exciting performance.”