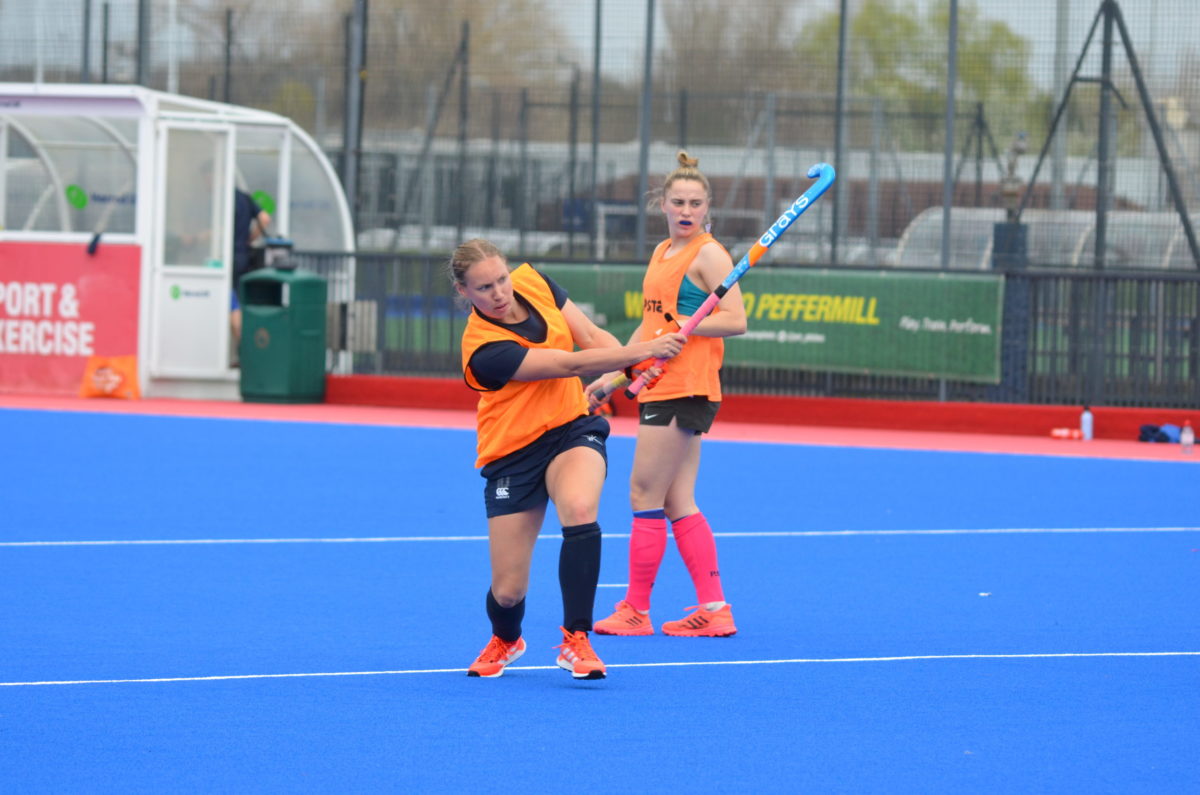 Sarah Robertson (pictured) claimed a glory double as Scotland women defeated Wales 2-0 in Altrincham to secure their second series victory in a week.

They also beat Wales, ranked No 23 in the world, five places below the Scots, 2-0 at the same venue on Saturday and the positive results follow a 2-1 series win in Ireland on the previous weekend.

The eager Welsh side Wales took the second game to Scotland but Duncan’s side took the sting out of the game and created early chances, from a corner and from open play.

In the second quarter, Scotland upped their threat, particularly on the break, using the ball well and supporting runners which caused problems for the opposition.

It was no surprise that Scotland scored following a breakdown in the Welsh circle. The ball find was picked up by Robertson, formerly of The University of Edinburgh and now with London club Hampstead & Westminster, near the baseline. Borders-born Robertson fired the ball into the danger area and it struck a Welsh stick and finished in the back of the net.

Scotland really stepped things up in the second half, playing quicker ball and increasing the tempo and were rewarded with a second goal. An attack down the right involving a slick three pass interchange saw the ball arrive with Robertson who fired a ferocious backhand shot into the bottom corner.

Sarah Jamieson and Fiona Burnet were both denied by saves as the Scots continued to press and a flowing move the length of the pitch saw Jen Eadie, Burnet and Jamieson link well, but the Scots couldn’t find the finish.

Chris Duncan, Scotland’s head coach, said: “This was a controlled performance and we played well as a team and winning the series with two clean sheets is pleasing.

“We’ve recently played five games and won four of them which shows how good a team we are. Winning is a habit and I’m pleased to see us putting victories together.”