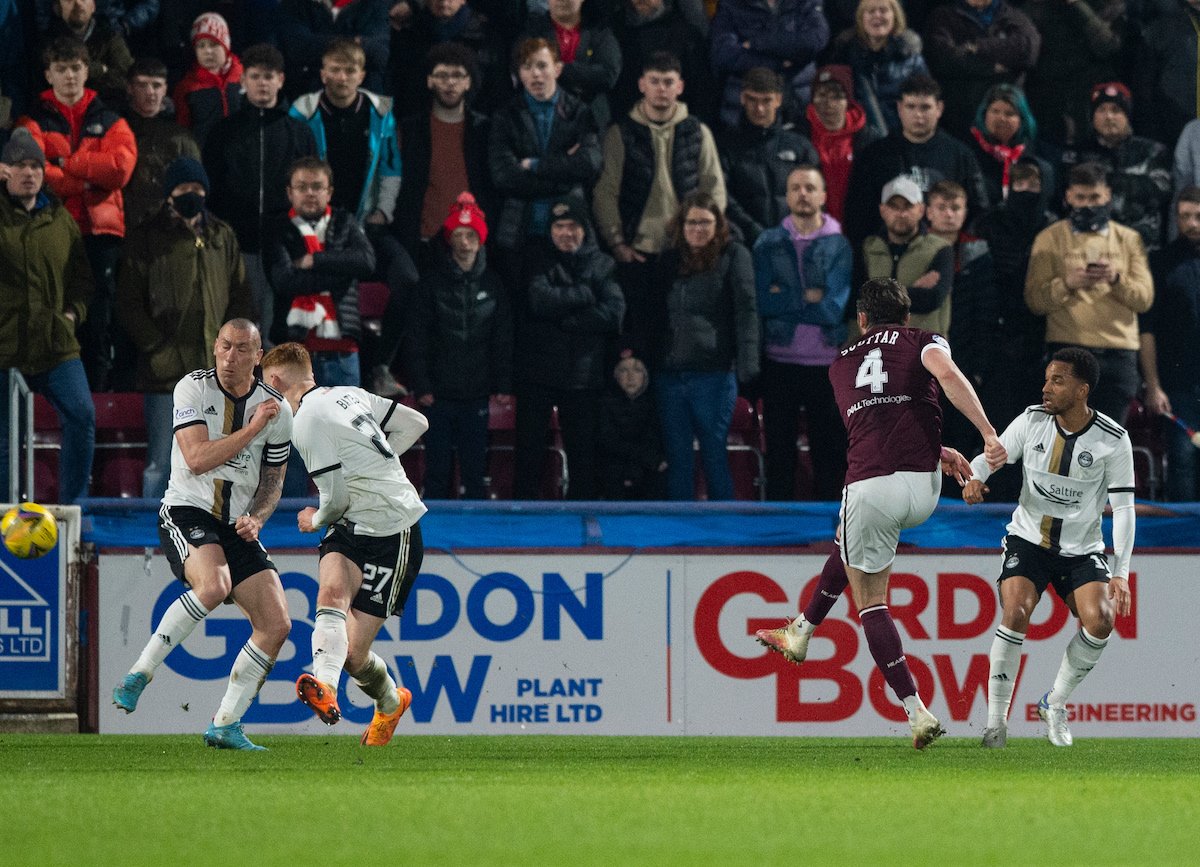 Hearts manager Robbie Neilson has confirmed that Rangers-bound defender, John Souttar will begin running next week, as he continues his recovery from an ankle injury.

Souttar was one of the five injuries Hearts suffered on their last trip to Tannadice at the beginning of March and there were fears he may have played his last game for the club having signed a pre-contract with Rangers in January.

However, that is now looking unlikely, as Neilson confirmed a positive update on the defender’s recovery with a Scottish Cup Final to prepare for.

“John will start running early next week so he will be available for the final which is good news,” he explained.

“The plan was always to try to get him back for the final couple of games of the season. John has big Scotland games in the summer, and he wants to be part of them, as do Craig Halkett, Stephen Kingsley, and Barrie McKay so they need to make sure they play well in these games and in the final to get in that squad.

“We are hoping to have him [John] back for, potentially, the Celtic game, definitely Motherwell, which will give him a run in to the Rangers game and the final and the best players and the best team will play.”

On Hearts’ other injuries, Neilson added:

“Halliday will be assessed on Saturday morning before the game on Sunday, as will Kingsley. Michael Smith is back in full training and Halkett will be assessed later on today by another specialist to see whether he will make the final or not. We shall see.”

Ellis Simms scored the opening goal at Hampden and the Hearts boss confirmed that he would like to extend the loan deals for Simms, Ben Woodburn, and Alex Cochrane, however, understands the final decision isn’t down to Hearts.

“It is out our hands. We have spoken about it but in general with loan deals, especially coming from England, it tends to be July, even August before we get them in, so we need to look at other targets and decide do we wait for that one or go for this one?

“Their parent clubs could put them somewhere else, so we’d have to look elsewhere. But I’d love to get them back.”

The managerial merry-go-round continued in the world of football this week with Shaun Maloney being sacked as Hibs boss following the defeat at Hampden and Neilson admitted he was surprised to hear the news.

“To be honest, I was surprised. On a personal note, I was disappointed for Shaun because I know him pretty well.

“I spoke to him a few times when I was Dundee United manager and I think he is a really good coach. But it is the nature of the beast now. It’s just the way it is.

“He got very limited time to do anything, the chairman makes a decision, and you just have to take it on the chin.

“It takes time, but you don’t get time and that’s the disappointing thing about football.”