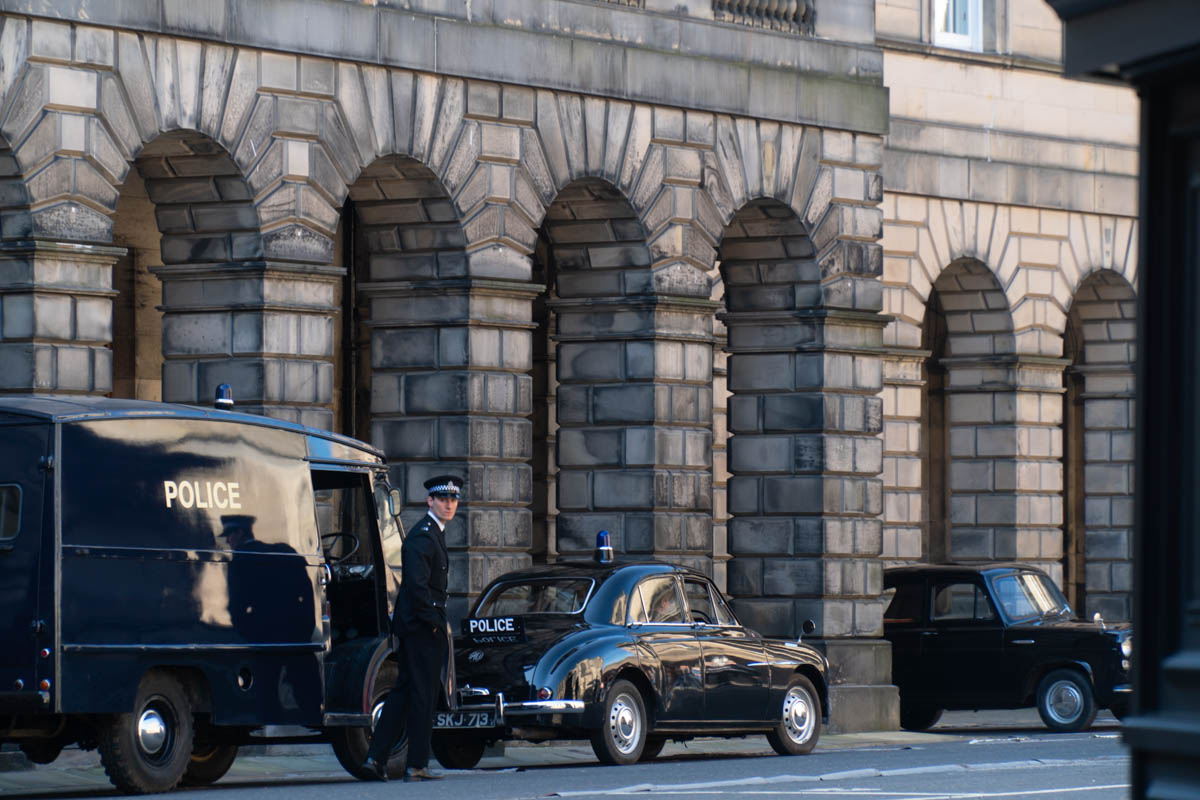 Amazon’s Good Omens, the Leith-set BBC drama Guilt, Irvine Welsh’s Crime and Scottish fantasy Outlander were among the shows to make use of the capital’s streets and studios in 2021.

Films made in Edinburgh include The Lost King, partly filmed in Stockbridge, Market Street, Waverley Station and other locations, Jon S Baird’s Tetris, which made use of the Signet Library at Parliament Square, and Downton Abbey 2, which includes scenes shot on the Royal Yacht Britannia.

Before the pandemic the capital was used as a backdrop for two Avengers films and the latest instalment of the Fast and Furious franchise, which both closed-off parts of the city centre for filming in recent years.

And despite disturbances to roads, residents and businesses, the popularity of the capital’s scenic streets amongst Holywood producers paid off; £15.6m was spent locally on productions in 2017 and £14.4m in 2018.

However, In 2020 as Covid-19 prevented any filming apart from public information videos and essential broadcasting, total spend fell to £2.3m.

But as restrictions were lifted last year and Edinburgh returned as a major filming destination, 270 productions visited the capital, with some spending several months at the city’s two film studios, generating  £13.9 million for the local economy.

A report from Edinburgh City Council’s film office, Film Edinburgh, said direct income generated for the local authority from filming last year was £98,811, compared to £17,668 in 2020.

Welcoming the figures, Rosie Ellison, Film Commissioner at Film Edinburgh, said the 21 dramas is “twice what we would normally expect to get in the city”.

She added: “This is of course following on from a year of very little filming due to the Covid pandemic.

“But also, the fantastic news was the economic impact of the filming activity in the city region being at £13.9 million of spend and again a great improvement on previous years due to Covid, but also put us right back up there into years where we had huge Holywood productions such as Fast and Furious and Avengers, and this is largely due to the impact of having not one but two film studios here on our doorstep – one in Leith and one in Bathgate – and the long-running TV series that these can accommodate.”

The report said: “The two film studio-based productions provided full-time work opportunities for 149 Edinburgh-based practitioners, 23 of which were trainees and entry level crew.

“In anticipation of continued employment opportunities in the film and TV production sector, the number of local crew and production services registered with Film Edinburgh grew substantially over 2021, further supporting the capacity of the city to host productions.”