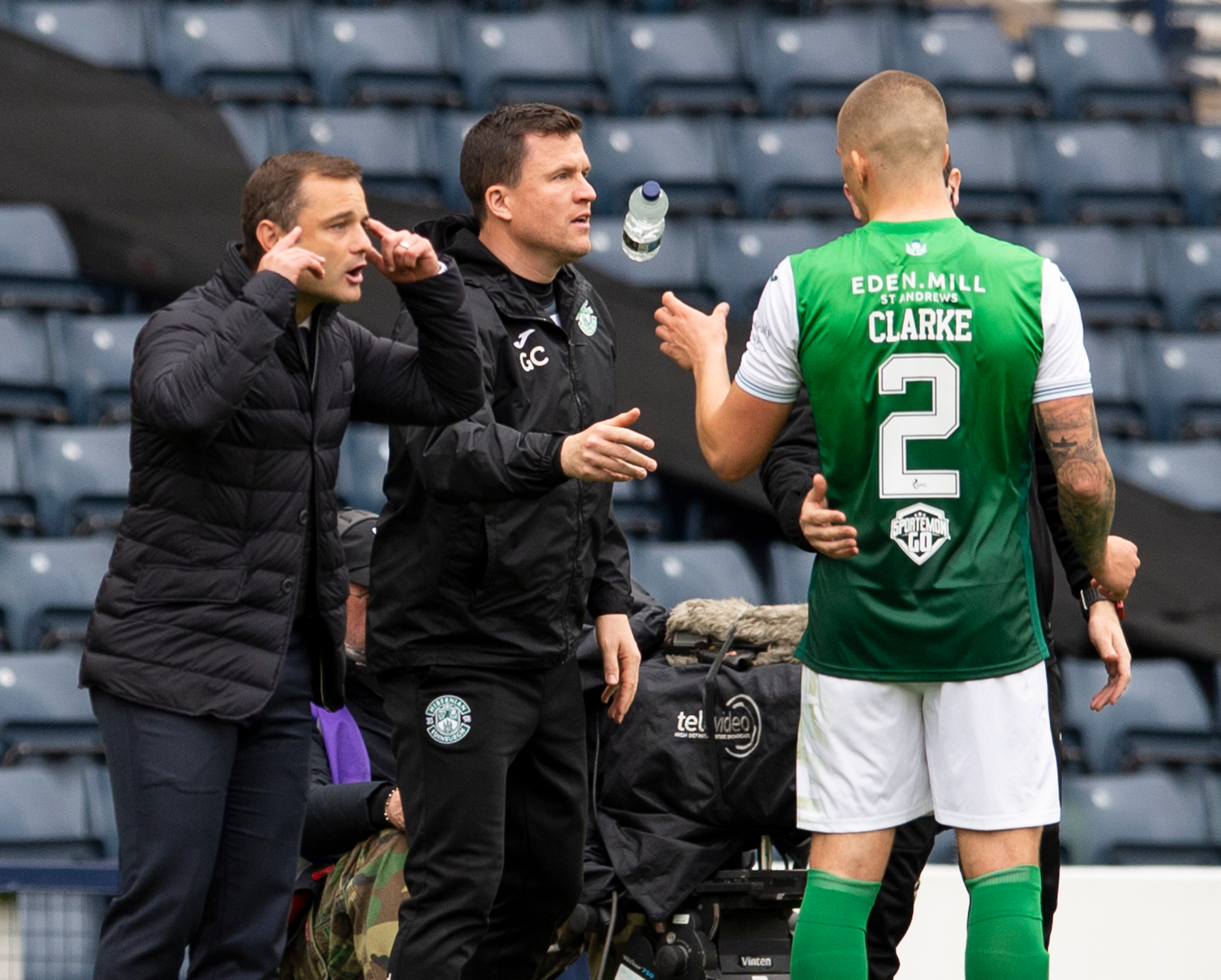 With just 19 matches played since he took over it is no surprise after last week’s derby defeat that his short career at Easter Road has come to an end.

He signed a three and a half year deal with the club in December along with a management team of Gary Caldwell, Valerio Zuddas and Brian Doogan who have also left with immediate effect.

Maloney’s appointment was greeted with optimism and the vision of free-flowing attacking football returning to Easter Road.
But the Hibs’ fans have become increasingly frustrated about the style of play which many consider does not suit the Scottish game.
Indeed a brave performance in Hibs semi-final defeat to Hearts at Hampden may have saved his job meantime but at 3.21pm on Saturday 17 April, when Hearts’ second goal went in, there was a vocal lack of goodwill for the rookie boss.
Hearts fans had adapted the lyrics of ‘Love will tear you apart again’ by Joy Division to ‘Hibs, Hibs are falling apart again.’ And who could argue?

Maloney’s record makes grim reading and whilst he could point out to a massive injury list including Scotland striker Kevin Nisbet, Christian Doidge and Kyle Magennis the fact remains that Hibs have lost two derbies in a row and their nearest rivals have a third place finish and a cup final to look forward to. Not to mention a guaranteed eight European games next season.

Executive Chairman Ronald J Gordon commented: “Our hope in appointing Shaun Maloney as a young, highly regarded coach was that he would help us take the club forward, but ultimately it didn’t work out.

“We thank Shaun and his coaching staff for all their hard work and efforts and wish them all the best for the future.”

David Gray will take charge of the First Team as Caretaker Manager for the remainder of the 2021/22 campaign and will be supported by Eddie May and Jon Busch.

Maloney was born in Malaysia, Maloney had a football career dogged by injury while at Celtic, but played predominantly in the Scottish and English top-flight, alongside the MLS with Chicago Fire. He also won 47 caps for Scotland, the country he grew up in from the age of two.

After retiring in 2017, Maloney began to develop his trade in coaching under the guidance of Brendan Rodgers at Celtic, taking a position as B Team coach, helping young players progress into the Club’s first team set-up.

Just a year later, he joined up with his former manager Martínez at Belgium and played a key role in their climb to become the top ranked side in the world, developing a style of football that’s attacking, free-flowing and creates overloads in crucial areas of the pitch.

Alongside this, he undertook his own football education in the Netherlands, has worked with footballers at the highest-level, and has an extensive knowledge of the Scottish game.