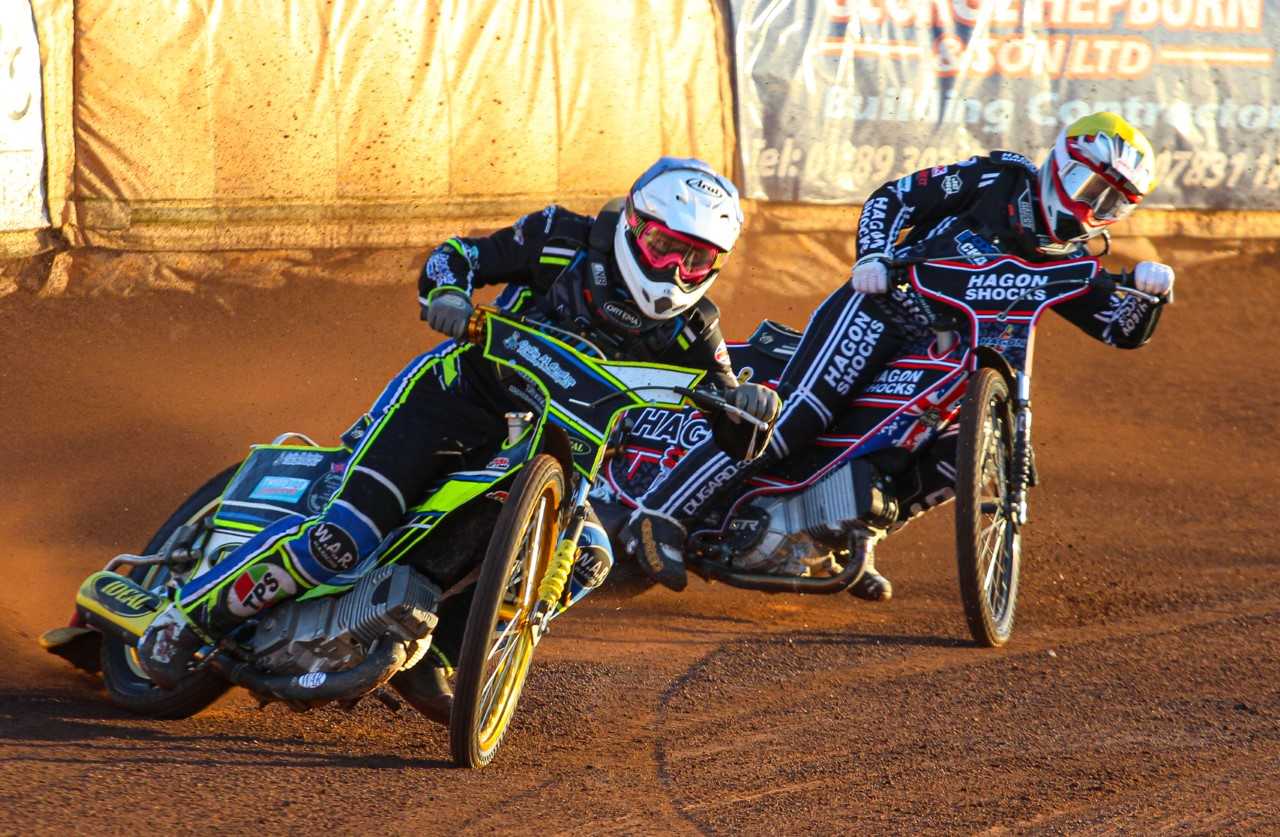 Following a great opening SGB National Development League match at Armadale, the victorious Berwick Bullets returned to Shielfield Park to host a further league match against the Oxford Chargers, which was just as successful and just as exciting, writes Lawrence Heppell.

After a 4-2 in Heat One, won by Kyle Bickley over Jordan Jenkins, Ace Pijper was racing well before falling on the third bend of the second lap, as Sam Woods followed suit on bend four. Pijper was excluded from the re-run which ended a 3-3, won by Mason Watson well, taking the score to 7-5.

Ben Hopwood made a brilliant gate in the third and held the lead to the end well ahead of Ben Rathbone in a second shared race of the night, Pijper took Heat Four by the scruff of the neck, gating last but passing both Nathan Stoneman and Arran Butcher to tuck in behind Luke Crang for a home maximum 5-1, the score now 15-9.

The shared races returned in Heat 5, won by Jenkins well over Greg Blair, while Woods fell awkwardly on the fourth bend of the second lap in Heat Six, bringing it to a halt and his exclusions.

In the re-run, Stoneman flew from the gate to lead well, but Bickley was on his tail immediately engaging in a great battle all heat, but the Charger took the win in a 3-3 share, the score now 21-15.

Hagon won the eighth from the gate but behind a mammoth battle was being revealed as Butcher chased down Douglas to the end and passed the Bullet on the last bend of the race to take an Oxford 2-4, the score now 28-20.

Stoneman again rocketed from the Heat Nine gate to lead and win well over Blair, the two a whole straight ahead of Rathbone and Woods in a further 3-3, the score now 31-23.

Heat 12 needed a re-run after Hopwood made a brilliant pass round Pijper to lead, but fell heavily on the second bend of the second lap to be excluded from the re-run which was won by Pijper well ahead of Butcher in a 4-2, putting eight between the sides, 40-32 but Heat 13 reduced that by two points, Jenkins winning ahead of Bickley for a 2-4 result. With two heats to go the score was tight at 42-36.

Blair was the hero of the hour, however in Heat 14, with his win over Clouting and Watson in third, the 4-2 was enough to clinch the win, 46-38 and go top of the National League.

Team manager Gary Flint said: “It is very early days in the League programme, but its still nice to be sitting on the top. The hard work continues to keep us there for the rest of the season, but these lads have the capability to do just that. Even the new boy at seven, Ace Pijper, has shown so much skill and bravery so far, we’ve got amazing strength from top to bottom.”

PICTURE: Action from the Bullits v Chargers match from Berwick Bandits and courtesy of TazMcDonald Photography