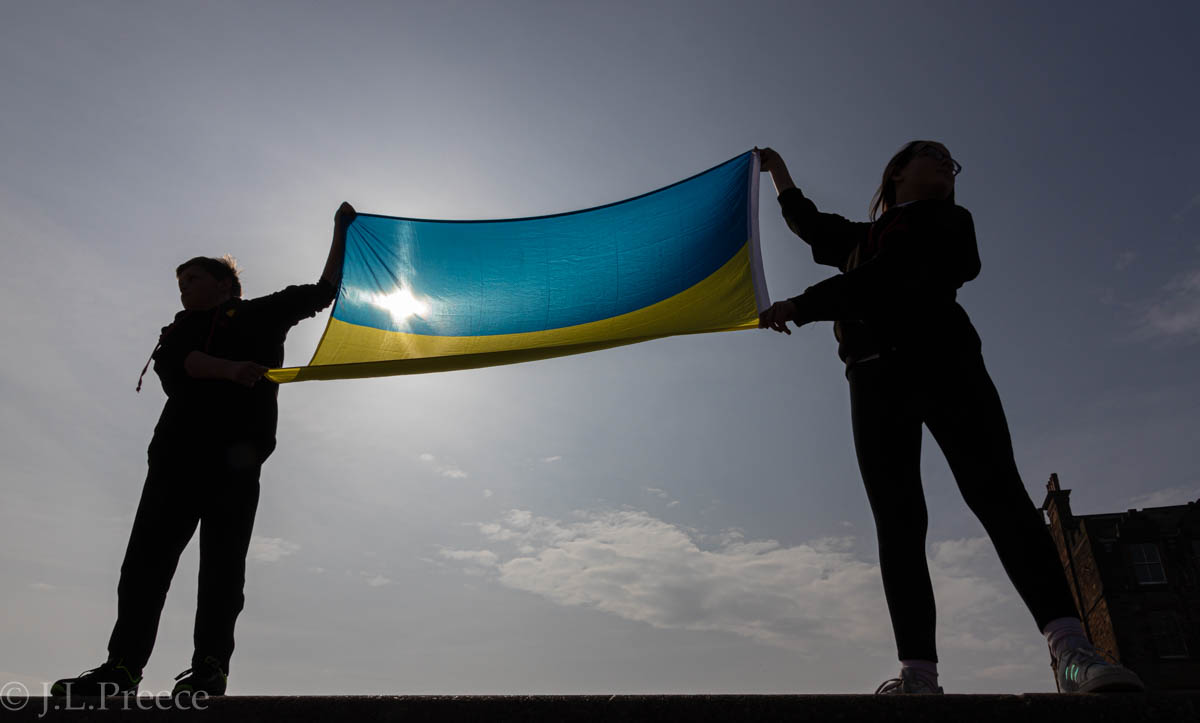 The pupils and staff of Towerbank Primary School in Portobello responsed to the crisis in Ukraine, by fundraising for people in the region who are affected by the conflict.

The Primary 7 children and House Captains suggested, and are now helping to organise, the following walks over the next two weeks and over a number of days.

P6 and P7 will collectively walk 1,800km – this is the distance from Towerbank to the border of Ukraine.

P4 and P5 will collectively walk the distance from Kyiv to Poland – approx. 450km

P1, P2 and P3 will collectively walk approx. 200km from Kyiv to a city in Ukraine called Smila (the pupils thought it sounded nice).

The walks will take place on the Prom for older pupils and around the playground for the younger year groups.

The distances may sound ambitious, but the pupils said they wanted to attempt something challenging. They wanted any children in Ukraine that might hear of our fundraising to know how much children in Scotland care.

They chose the Disasters Emergency Committee (DEC) because it is a coalition of 15 UK aid charities with lots of experience of raising funds and responding quickly and effectively to overseas disasters. They also like that it works not only in Ukraine but in many other countries suffering from war including Afghanistan, South Sudan, Syria, Myanmar and Yemen.

Donating through JustGiving is simple, fast and totally secure. https://www.justgiving.com/fundraising/towerbank-primary-school-dec