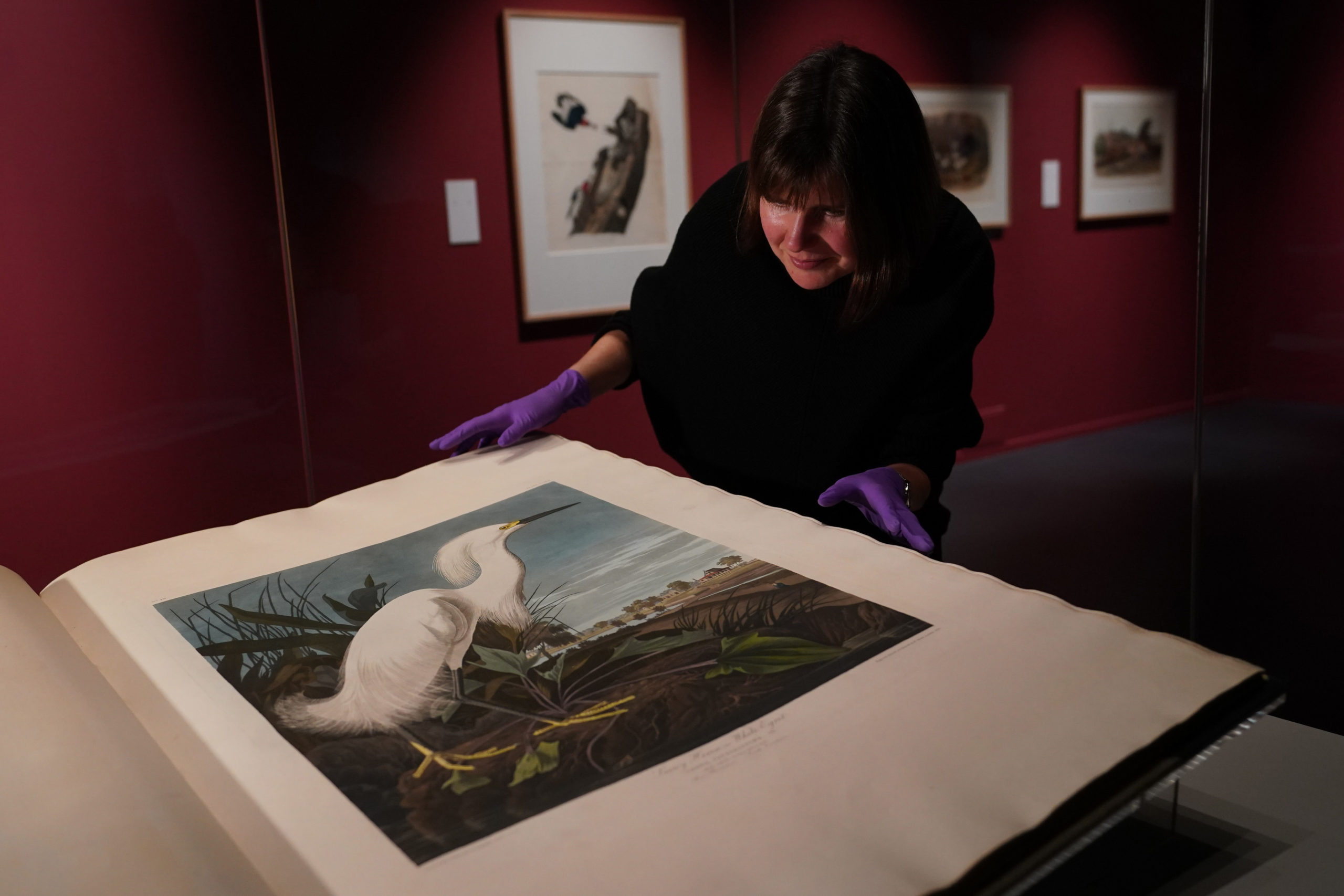 In a new exhibition opening on 12 February 2022, the National Museum of Scotland will display 46 unbound prints from National Museums Scotland’s collection and a rare bound volume of Audubon’s Birds of America.

The book is one of the largest, rarest and most coveted and was first published as a series between 1827 and 1838.

Artist James Audubon (1785-1851) produced four volumes consisting of 435 hand coloured prints. It was the culmination of his ambition to paint every bird species in North America. The illustrations are animated, dramatic and detailed. The life-sized birds were printed on paper which was almost 1 metre long, but even then some larger species had to be posed in contorted positions to fit them on the page.

These illustrations are from nature and the works were pioneering in depicting the birds in lifelike poses. Traditionally celebrated as the American woodsman, adventurer and naturalist, Audubon identified more than 20 new species. His work hangs in the White House, and his artwork is some of the most famous in the history of art and natural sciences.

The exhibition, which is supported by players of People’s Postcode Lottery will also explore Audubon’s links with the scientific and artistic community in late-Enlightenment Edinburgh, where the process of publishing the book began. He visited Edinburgh six times, including research visits to what is now the National Museum of Scotland itself. The exhibition will bring the story up to the present day, looking at the conservation status of some of the species featured in Birds of America.

Mark Glancy, exhibition curator, said: “Birds of America is one of the most beautiful and famous books in the world, and the story of its creation is extraordinary.  Most people have only seen digital copies, so this lavish exhibition gives visitors a once-in-a generation opportunity to view so many of the prints together in one place and appreciate the scale and ambition of Audubon’s “Great Work”.  Audubon was, and remains, a contradictory and controversial figure and the exhibition will examine the myths and the reality behind this American icon.”