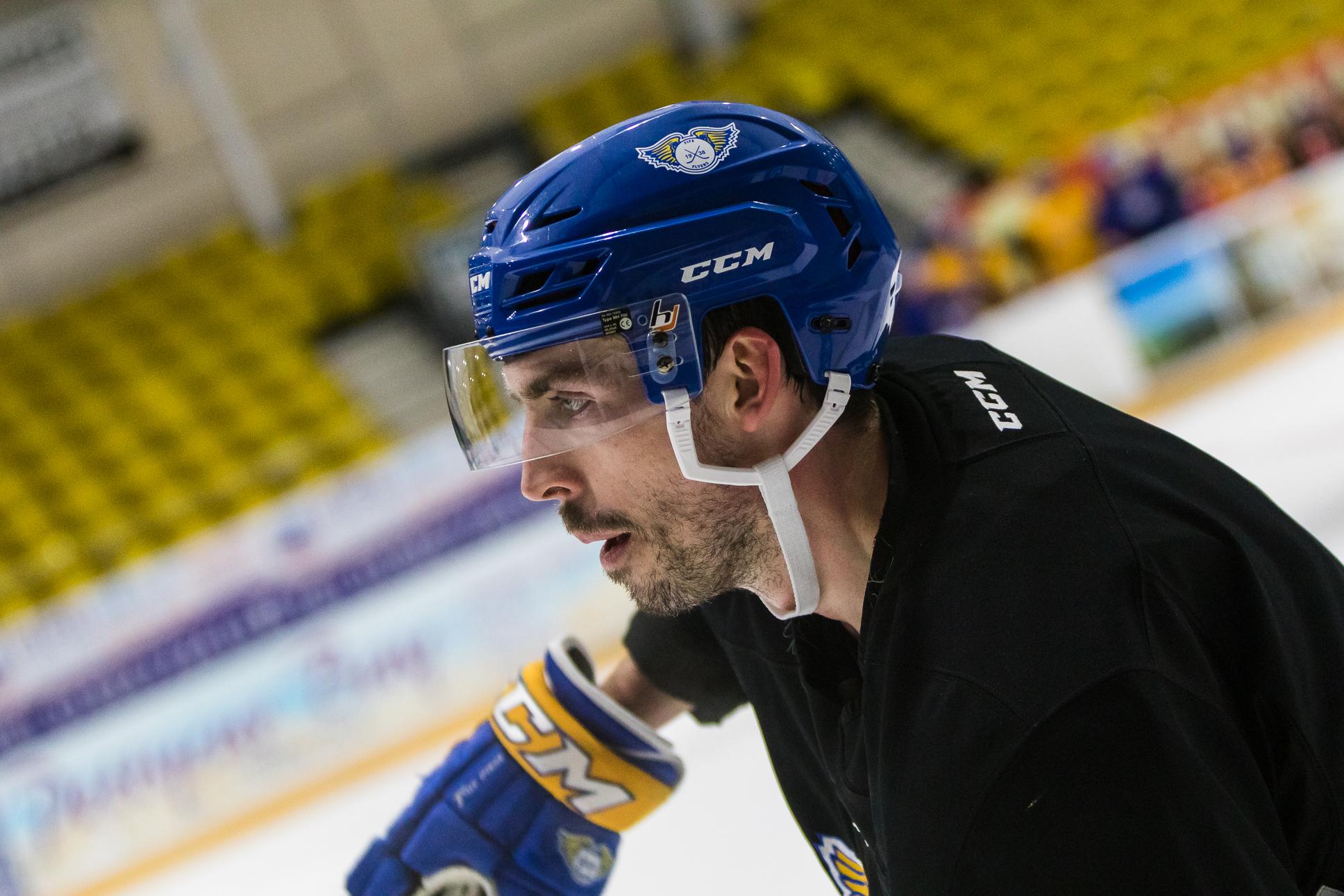 Earlier, home debutant Kyle Thacker (pictured) broke the deadlock for Fife after 32 minutes with Carson Stadnyk setting up the chance for the defenceman.

Giants replied five minutes later when David Goodwin netted on a power play but 1min 5sec into the final session but Chris Lawrence scored on a five-on-three power play to put Flyers ahead for the second time.

That set up a grandstand finish and Slater Doggett silenced the home crowd with a leveller also on the power play with Lawrence in the sin bin 27 seconds from time in a game in which Fife were outshot 44-32.

And American-born centre ice Goodwin settled the issue with a goal in the shootout after the sides could not be separated in sudden death overtime.

Fife earned a point but the defeat ended Fife hopes to extending their winning run to four games.

Marc-Olivier Vallerand, the top points scorer in the ten-strong league, did the damage in the 55th minute to the delight of the 7,400-plus fans in the Utilita Arena.

Earlier, Justin Hodgman opened the scoring for the home side after 24 minutes in The House of Steel but Nolan LaPorte levelled six minutes later with a power play strike.

But Clan battled back and Braylon Shmyr was set-up by Guillaume Gauthier to level at 2-2 with less than 16 minutes left, but Sheffield stung Clan with that late winner.