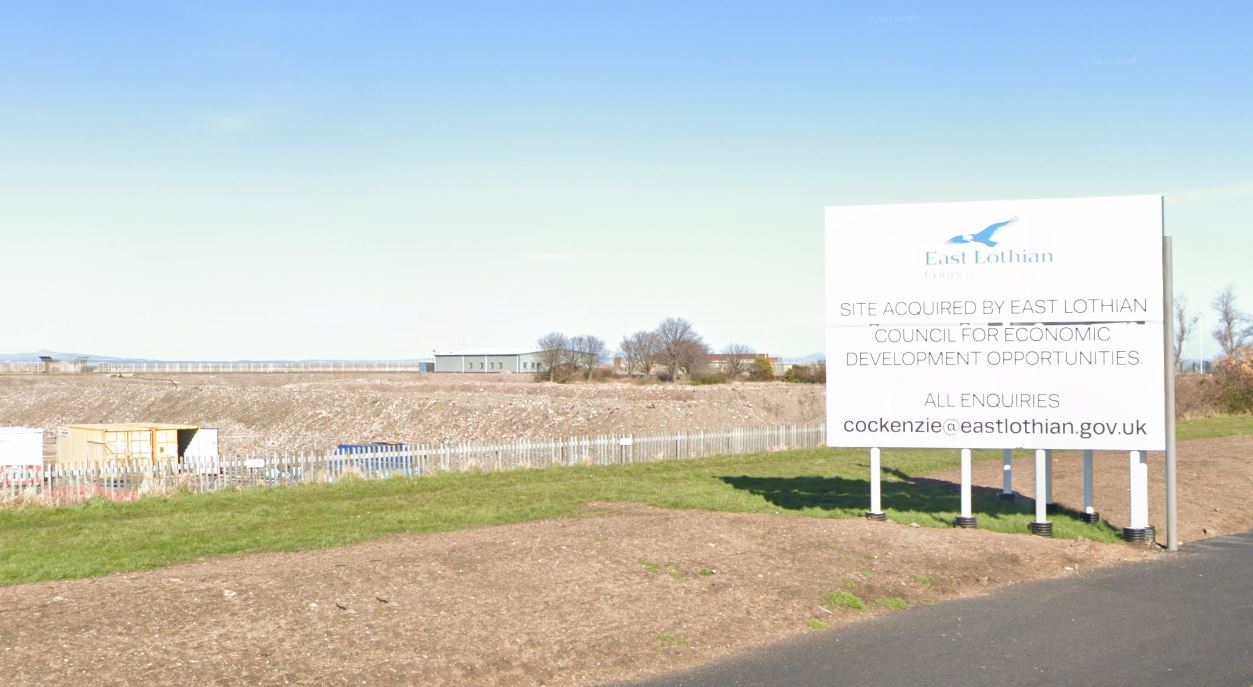 It is more than six years since the iconic twin chimneys of Cockenzie Power Station was demolished in a dramatic demolition.

But the question of what will rise out of the ashes remains at the centre of debate between its neighbouring communities whose visions may be different but whose goal remains the same – to see regeneration on the site.

Focus on Cockenzie’s 230-acre vacant lot will sharpen in the coming weeks with a local by-election in the Preston Seton Gosford ward it dominates.

The by-election was triggered by the death of council leader Willie Innes, whose vision led to the local authority buying the site from ScottishPower in 2018.

Since the purchase there have been calls from Prestonpans Community Council for a cruise terminal/port on the site, while neighbouring Cockenzie and Port Seton Community Council are backing a community led project to create a ‘green’ Eden-style education centre and arts installation at the site called the 360 Project.

But as it comes up for its fourth year in council ownership questions are being asked about whether 2022 will bring progress on what could be a “jewel in the crown” of East Lothian’s economy or more delays and disappointment.

The problem for the local authority has been that Cockenzie, which has National Grid connections, was identified by the Scottish Government as a thermal energy generation site of national significance under the National Planning Framework (NPF3).

A new draft of the National Planning Framework (NPF4) changes the restrictions by recognising the economic potential of the site opening it up to a wider range of options if adopted in the future.

But while it remained under the NPF3 two planning applications for substations serving the offshore energy industry were approved.

Inch Cape were first to gain approval after their application was called in by the Scottish Government over the local authority’s head. A second application by Seagreen was approved by planners who had little option after the Inch Cape decision.

Both firms are committed to working with the local communities – Inch Cape has held numerous community meetings to discuss the size and look of its building, reducing its footprint significantly and is calling on local businesses to get involved in its offshore and onshore future.

It’s spokesperson says of the site: “There is a commitment to opening up as many opportunities to local business as possible, with a supply chain event held in September designed to give local firms an overview of the types of services and hardware the project will need to procure. A detailed guide for small suppliers is available on the project website.”

Seagreen similarly promise to work with the local communities, thanking them for their input to date and adding: “We are committed to taking into account views of the community in relation to the design and appearance of the building in line with our commitment to being an active partner in the community for the long term.”

Ward councillor Fiona O’Donnell, a member of the council’s Labour group administration, understands frustration in the community over progress.

She said: “Securing the site in the ownership of the council was key to delivering on local priorities. The classification of the land in the National Planning Framework 3 meant that local views were overridden in favour of those national priorities with the siting of the substation for offshore wind on the site.

“The council has worked to ensure that the land taken was kept to a minimum. The developments approved so far relate to energy production and distribution but they don’t deliver the jobs we need locally for our growing population.

“That is why our successful efforts to ensure more flexible use of the land in NPF4 has been so important.

“As a local councillor and as someone living near the site my number one priority is to create jobs for local people.

“The council is in discussion with a number of employers interested in the site. Those who follow council meetings will have seen that these reports to councillors are often not open to the public. There are rules around commercial confidentiality which mean we have to take this business in private. It is not part of a conspiracy as some would have you believe but the reality of dealing with these negotiations.

“What I can say is I constantly raise the need for quality jobs on the site for now and in the future.”

Fellow ward councillor Lachlan Bruce, Conservative group leader, is also glad to see changes in the NPF4 and he says the framework’s identification of new port sites which do not include Cockenzie will bring closure to long term calls from Prestonpans Community Council for such a development on the coastal site.

Councillor Bruce said: “The NPF4 coming back and clearing the planning obstacles on the site does make getting jobs on the site a lot easier.

This view on the potential port is a blow for Prestonpans Community Council which has pushed for a cruise terminal or port to be put forward on the site.

SNP ward councillor Neil Gilbert acknowledges the difficulties faced in progressing the site under the NPF3 restrictions and COVID.

But he said: “Although these and other factors have undoubtedly slowed progress it is still disappointing to me that after three years of ELC ownership the site has so far produced no visible signs of progress in providing much needed well paid local jobs for my ward and indeed for East Lothian as a whole.

“I do though remain hopeful that more rapid progress can be made in 2022.”

Candidates in the upcoming by-election on 20 January also have their views on the future of the site.

Independent candidate Calum Miller, a Presotnpans community councillor and businessman, has been an outspoken critic of the council’s lack of progress and supports a possible port.

He said: “A cruise/ferry port is capable of supporting thousands of jobs across East Lothian in hospitality, tourism, production, fishing, agriculture and support services.

“It would also fill the coffers of our council with an additional sustainable revenue stream.

“The Port of Tallin generated £16million in profit over the last nine months alone. That’s the kind of opportunity being wasted at the Prestonlinks site, while we wait endlessly on the wind companies picking over its bones.

“I won’t be fobbed off with manufactured excuses like the need to wait on NPF4.

“There are serious investors waiting in the wings, ready to get a new port going but our council needs to up its game.”

He said: “My Dad and brother worked at Cockenzie power station and I know how important it was in providing skilled jobs and apprenticeships for local people. We can’t return to that industrial past, but not all young people want to go to university or commute out of the county to work.

“Along with Blindwells, this site offers great opportunities for youngsters in our communities to learn a trade that will set them up for life. I want to help ensure that we create the next generation of high quality jobs and apprenticeship opportunities to allow young people here fulfil their potential with well paid local jobs.”

He said: “The 360 proposes beautiful art installations celebrating our working class heritage, even more spectacular than the Kelpies, with views to the sea.

“Our wonderful setting on the coast would be rejuvenated, making this place and even better place to live, visit and enjoy.

“I think we have had enough of developers on our doorstep motivated only by their profit and ignoring local people’s lives and interest.