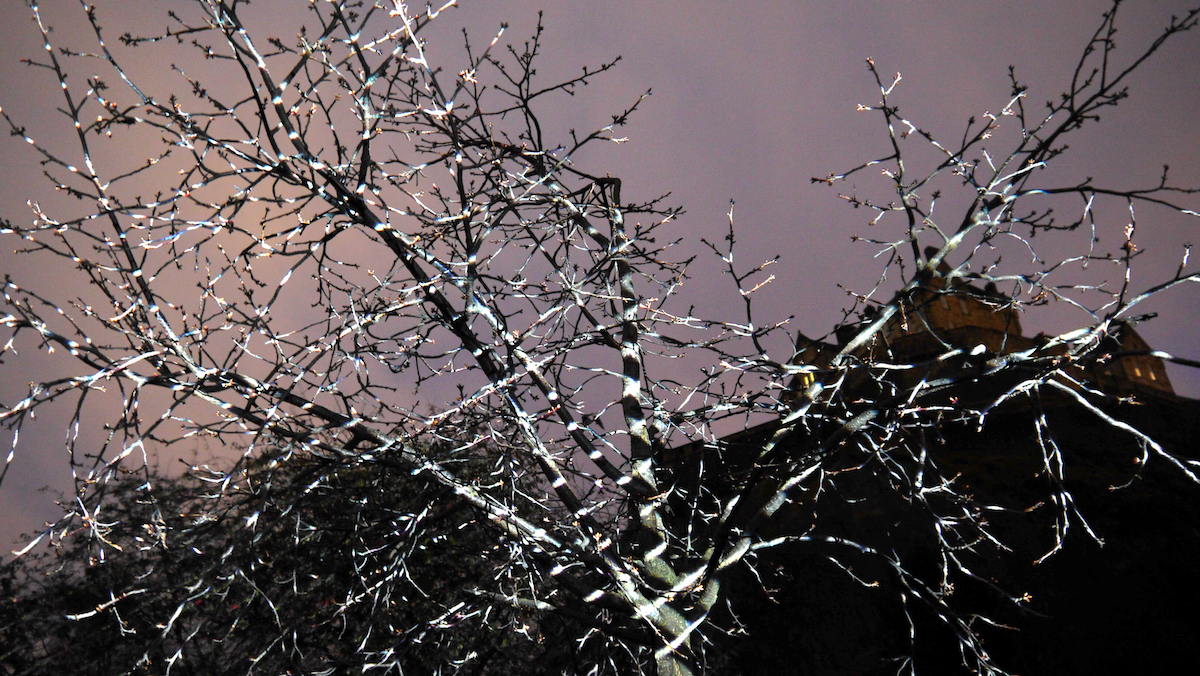 At the end of January as part of Manipulate Festival, look out for the light installation on The Meadows each evening for a couple of hours.

This is to be an abstract light display projected onto some of the trees from 24 January to 4 February. The artist behind it – videographer Mettje Hunneman – plans to use an e-bike. The e-bike is equipped with projection gear, solar panel and all-terrain tyres and is designed to literally explore new territory – from urban green spaces to rural areas and deep inside the forest.

There is sound but it will only be audible to someone using headphones as the sound file is accessed using a QR code.

Mette Hunneman has been supported by Creative Scotland so that she can, through a series of unique, site-specific, public video projection mapping artworks with original soundscapes highlight and transform Edinburgh’s public green spaces and question our place in nature. Forest VIDEOLAB will display twelve immersive audio-visual installations over twelve months encouraging audiences to reconnect with nature in new ways.

Mettje Hunneman commented: “Artistic collaborations that would not previously have been possible can now come about, and resources that were previously inaccessible are now available. Everybody on the Forest VIDEOLAB team is now very excited to launch these beautiful creations into the public realm.”

Since 2005 Hunneman has established a creative practice in Scotland and is now based at Custom House in Leith. She has previously produced large scale projections for Edinburgh’s Hogmanay, Leith Theatre, Pianodrome, Edinburgh Mela and many Fringe shows.