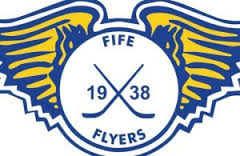 Dundee Stars and Fife Flyers were on the wrong end of scorelines and have exited the Premier Sports Challenge Cup.

Stars let slip a 4-2 first-leg lead to bow out at the quarter-final stage. Cardiff Devils blew the Scots away with a devastating four-goal first-period salvo, the goals coming inside four minutes.

Philippe Sanche scored short-handed for Stars after 34 minutes but Devils netted a fifth five minutes later and added another three minutes after that to cruise into the final four.

Flyers hopes of making the semi-finals were all but over after their 5-1 defeat in the first-leg at Sheffield Steelers and it took the Yorkshire side only ten minutes to add to their total at Kirkcaldy, Cole Shudra netting.

The home side counted through Imants Lescovs after 24 minutes to level at 1-1 but Brandon Whistle added a second for the visitors six minutes after that and Martin Latal added a third with ten seconds left of the middle session.