Christine Grahame MSP has written to NHS Lothian to call on it to arrange security measures for Royal Infirmary of Edinburgh (RIE) staff using Sheriffhall Park and Ride due to a lack of staff parking at the hospital.

The Midlothian MSP has pointed out that RIE was built using a PFI contract by the previous Labour/ LibDem Scottish Government meaning it is owned by a PFI company and essentially leased by NHS Lothian. This resulted in the PFI company previously being able to charge for parking at the hospital due to the contract it used, despite the SNP abolishing parking charges at other hospitals.

At the start of the pandemic the Scottish Government paid the PFI company to enable staff to park for free, an arrangement it is now continuing.

This has resulted in NHS Lothian moving to a new parking permit system due to the shortage of spaces at the site (the PFI contract has a non-competition clause, meaning a new car park cannot simply be built), resulting in many staff who have been denied passes, and for whom public transport is not an option, having to use a shuttle bus to Sheriffhall Park and Ride.

A number of staff who commute from Ms Grahame’s constituency have contacted her to say that the Park and Ride, which they are often using at late hours due to shift patterns, is often not properly lit and is used as a gathering place late at night for various people and their cars, which has resulted in them feeling unsafe.

One member of NHS Lothian staff, Dr Helen Jordan who is Dual Anaesthetics and Intensive Care Medicine Registrar, explained what happened to her on Twitter:

SNP MSP Ms Grahame said: “The parking situation at RIE has always been a nightmare for staff, in large part due to the punitive PFI contract agreed by the previous administration which left staff paying through the nose for years and has now left them with completely insufficient parking.

“In the absence of any ability to add additional parking spaces, the shuttle bus service has been provided to Sheriffhall Park and Ride. In theory this is a decent solution, but what I’m being told by my constituents is really concerning. Some have detailed being followed to their car or having to walk through an unlit car park at the Park and Ride, which is fairly isolated, leaving my constituents feeling unsafe.

“NHS Lothian has a certain duty of care to its staff and if it is recommending they use these shuttle buses it needs to ensure staff are safe. Given there are already security staff at the hospital, I have asked if this could possibly be extended to cover the Park and Ride at late hours when shuttle buses are running.

“I have also invited the NHS Lothian Chief Executive team to meet me at the Park and Ride one evening to see this for themselves. I await their response.” 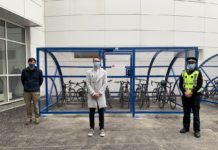 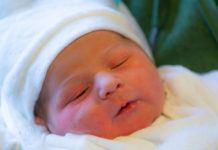 Oliver is the Christmas baby in Edinburgh