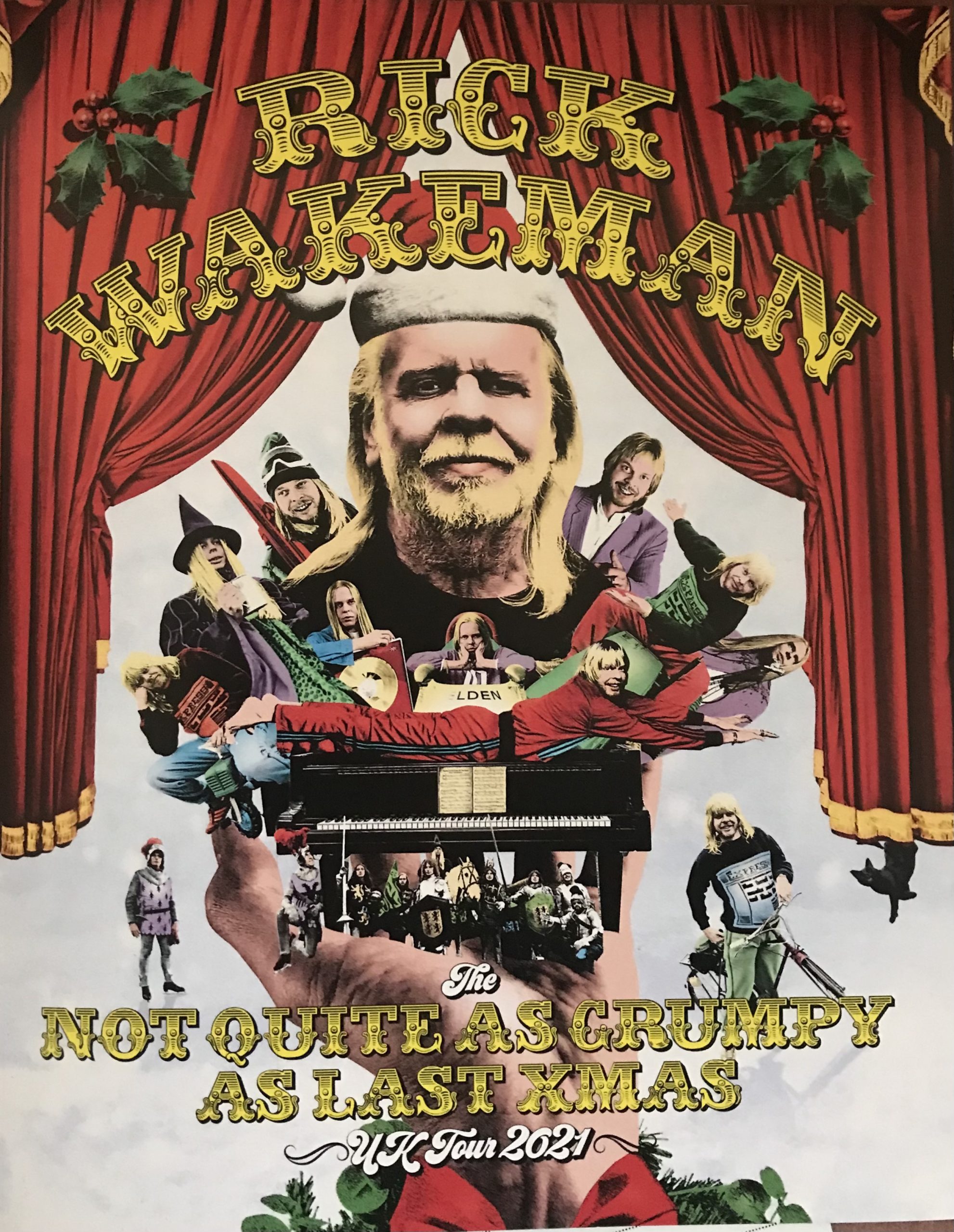 
Rick Wakeman opened his Christmas show at The Queen’s Hall with the Johnny Mathis Christmas chart-topper from 1976, When A Child Is Born.

During the set, Wakeman asked if anyone remembered Simpson’s Maternity Hospital, explaining his daughter Jemma was born there. Wakeman has enjoyed a strong connection with the city ever since and there is a jovial rapport with the audience who had come out in their droves despite the dreaded Covid.

The audience queued patiently to buy various goods from the Wakeman Music Emporium including Christmas baubles of the self-described grumpy rock-star. Moving from a tinsel decorated and stacked keyboard the 72-year-old sat behind the house Steinway for a sublime rendition of O’ Holy Night.

Among the highlights were selections from Wakeman’s 1973 long-player The Six Wives of Henry VIII. The church organ sound of Jane Seymour even drowned out the incessant talkers leaving us to enjoy the full potency of the track. The opening pastoral elegance of Catherine Howard brought a sense of peace in these troubled times.

Gone But Not Forgotten was dedicated to fellow keyboard luminaires Keith Emerson and Jon Lord. The night was interspersed with Wakeman stepping up to the mike to tell the occasional gag or story and he even answered a few questions from the audience.

One concerned him visiting David Bowie at his legendary Heddon Hall residence to hear demos for Hunky Dory. It seemed appropriate on the weekend the 1971 album celebrated its 50th anniversary that he chose to play Life on Mars.

We were also treated to a stunning piano version of Space Oddity, another track where Wakeman features on the original recording. A final encore of Silent Night was a fitting end to an enchanting festive concert.