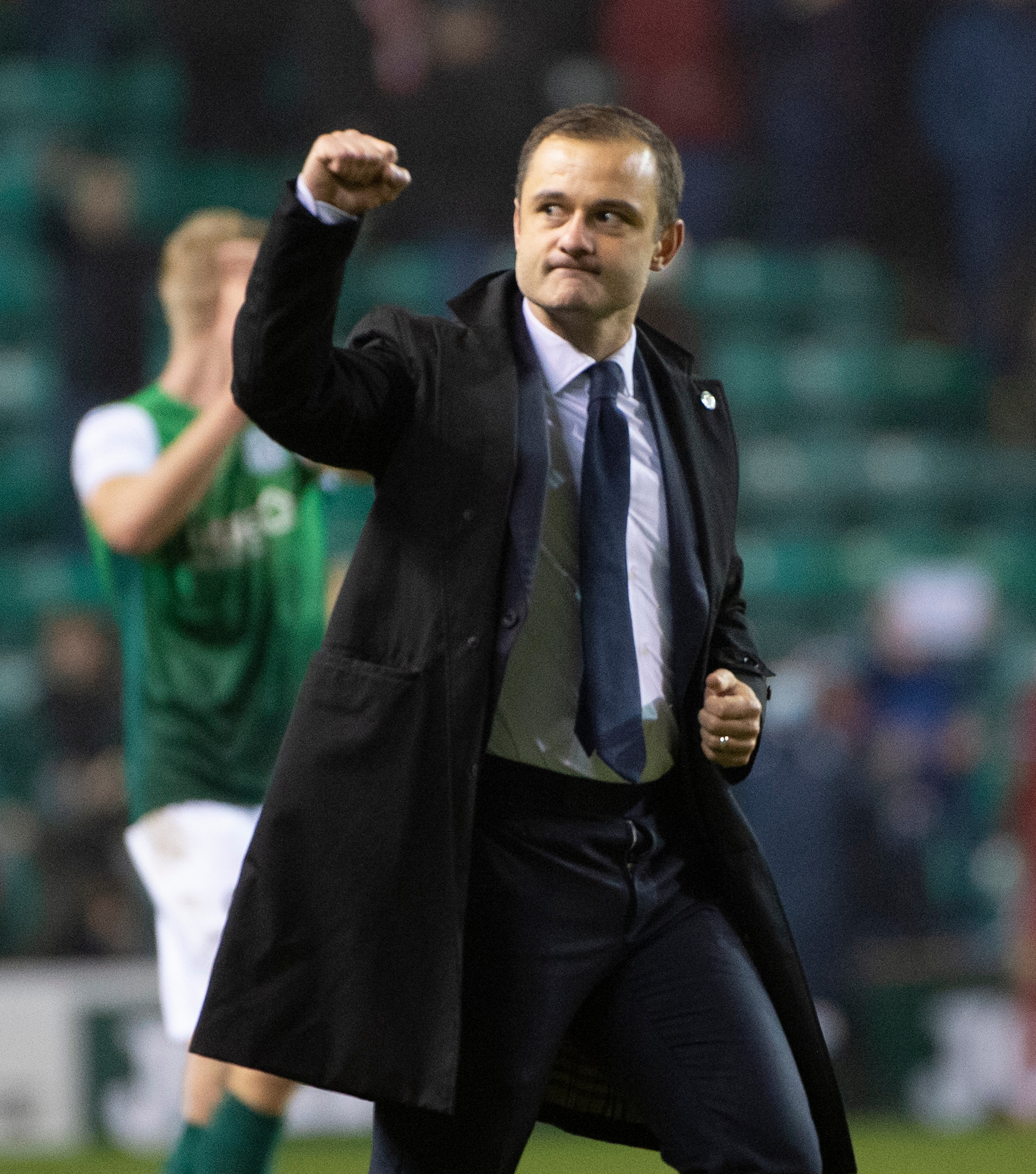 Maloney who received a standing ovation ahead of kick off made three ‘tactical’ three changes from the weekend with Chris Cadden, Josh Doig and Scott Allan all starting in place of Jamie Murphy and Lewis Stevenson who dropped to the bench, and the injured Joe Newell.

Hibs almost opened the scoring within 20-seconds when Allan’s pass found Martin Boyle but Joe Newell was alert to the danger and collected the ball.

Both teams had chances before  Jay Emmanuel-Thomas’s effort deflected over the crossbar.

Dean Campbell went close with a long-range shot then Matt Macey did well to save from Lewis Ferguson.

Hibs had a great chance when Josh Doig set up Boyle but his shot deflected off a defender and spiralled into the air but Kevin Nisbet’s header missed the target.

Jake Doyle-Hayes picked up a knock and was replaced by Alex Gogic who was immediately booked for a foul on Christian Ramirez.

After the restart Lewis saved from Boyle as both sides created chances.

Hibs eventually took the lead when man of the match Ryan Porteous headed home from Boyle’s corner to the delight of the home fans.

It could have been two but Lewis did well to save from Nisbet but it took a fine save from Macey to deny Marley Watkins at his near post.

Hibs managed the game out well to keep the clean sheet and take the three points.

After the final whistle Maloney told BBC Scotland: “There are lots of positives. In the second half my team had massive heart.

“Aberdeen were very good in the second half but my team defended so well. It’s a first step and we’ll hopefully try and build on it.”