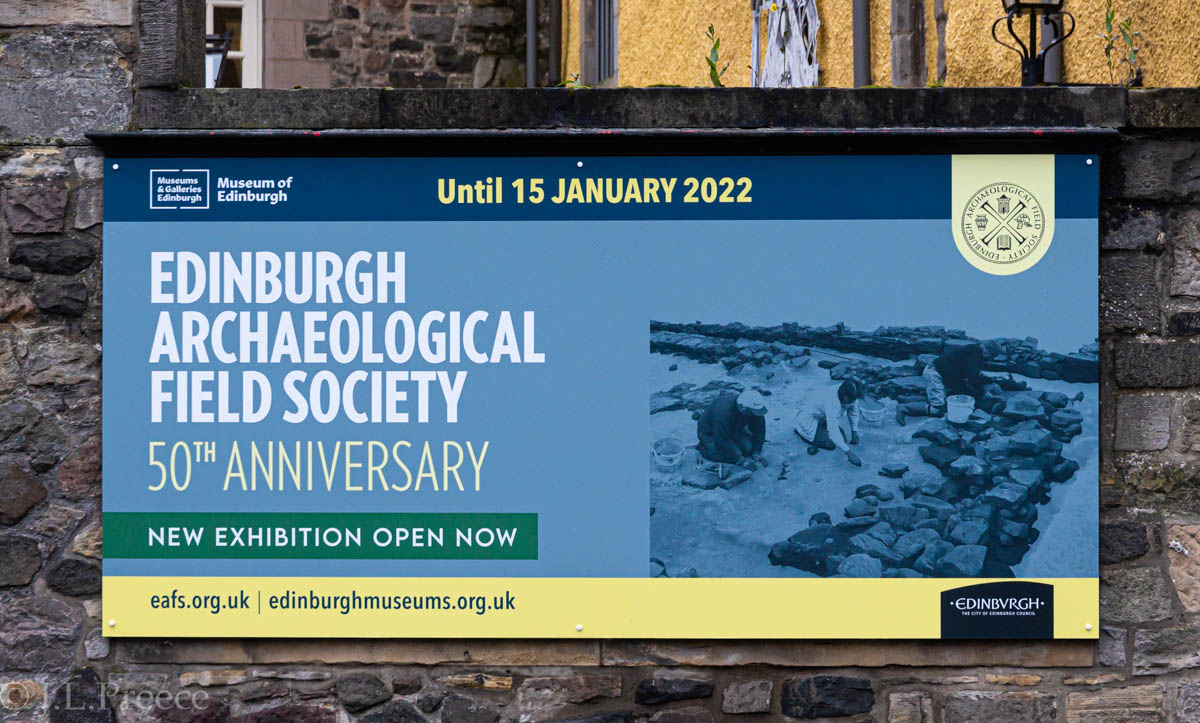 Edinburgh Archaeological Field Society (EAFS) are pleased to announce the extension to their Exhibition, currently running at the Museum of Edinburgh, until February 20th 2022. It celebrates the 50 years of the Society and shows some of the highlights from digs down the years.

The Society was founded in 1971 and started with a project based at Fast Castle in Berwickshire. This project lasted until 1986 and, as well as some significant finds, it resulted in 3 publications about the excavations and the history.

The significance of the work done at fast Castle led to the society winning the prestigious British Archaeological Awards’ Pitt Rivers Award.

Excavations at Cramond were a feature of the Society from 1975 to 2008. They assisted City of Edinburgh Council Archaeological Services, National Museums of Scotland and various commercial archaeological units as well as running their own excavations.

Most of the Cramond excavations were uncovering the Roman history of the area but an EAFS led excavation from 1988 to 2001 found the remains of the demolished 17th Century village of Nether Cramond as well as Mesolithic features from c8500 BC.

The EAFS’ current project is based on the Estate of Cammo on the outskirts of Edinburgh. This project was started under the auspices of City of Edinburgh Council Archaeological Services and the Forestry and Natural Heritage Service. We have been working there since 2017 and meet there regularly to excavate the upstanding remains of estate buildings including the Walled Garden.

The Edinburgh Archaeological Field Society is a group of interested amateur archaeologists who have a strong emphasis on practical fieldwork and training. It welcomes members of all ages and skill levels. It is involved in geophysical and field surveys, historical research and excavation.

The Society carries out work all over the Central belt of Scotland down to the Borders. If people are interested please visit the Exhibition, visit our website – eafs.org.uk, Facebook – Edinburgh Archaeological Field Society and Twitter – @field_ society

Our thanks go out to the City of Edinburgh Archaeological Services and the staff of the Museum of Edinburgh for making our 50th Anniversary Exhibition a reality and thanks also to all current and previous members of EAFS.

Thanks to EAFS’ Christine McPherson for the above article