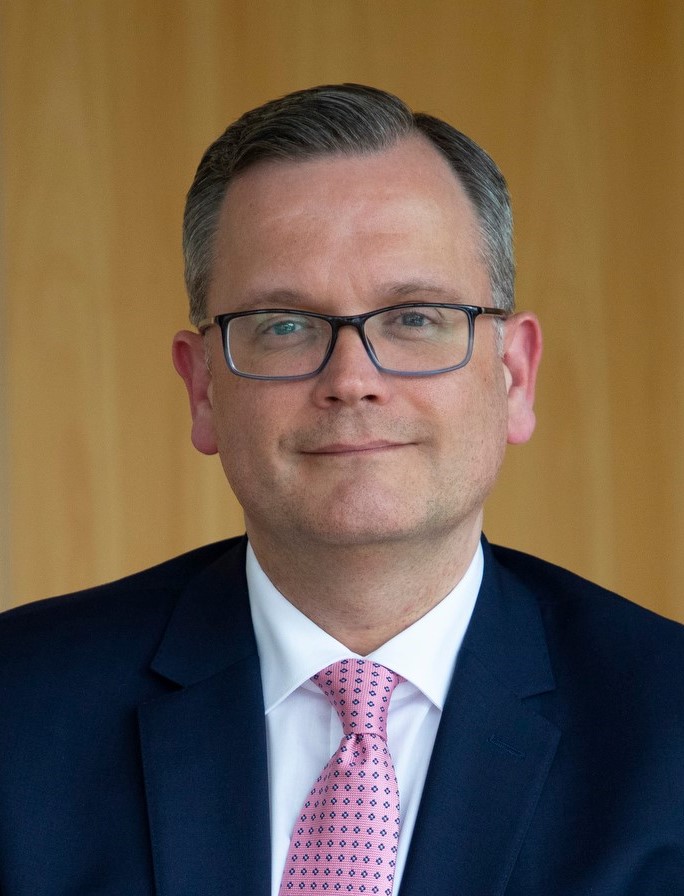 Dr Stephen Moir, Executive Director of Corporate Service at The City of Edinburgh Council has announced he is leaving Edinburgh to take up the leadership of the local authority in Cambridgeshire County Council.

The decision was ratified by the English council at their meeting on Tuesday of this week, and Dr Moir will take up his new role in February, taking over from the existing chief executive Gillian Beasley who announced her plans to leave earlier in the year.

The move is a huge promotion for the council official who has in the past held senior roles in local government and the health service. He is returning to his roots as he previously worked for the local authority in Cambridgeshire between 2005 and 2011. He was then a director and National Adviser to the Local Government Association.

Dr Moir is highly qualified, and earlier this year he was appointed as Chartered Companion to the Chartered Institute of Personnel and Development, which is considered a most prestigious appointment.

Council leader Adam McVey said: “First of all, I want to congratulate Stephen on his appointment – it’s very well-deserved and I know he’ll make a first-class chief executive.

“Stephen joined the Council around the same time as I became Leader back in 2017 and I’m extremely grateful for his hard work and support over the last four-and-a-half years.

“His commitment to developing and improving the work of Council teams has put the Council – and the City – in a far stronger place to deliver more effective services for the people of Edinburgh.

“I know he’s well respected across all political groups and I’m sure all councillors and other colleagues will join me in wishing Stephen well when he leaves us in the new year to take up this new and exciting opportunity.”

Depute leader Cammy Day added: “Stephen has led the way on the development of our ambitious Digital and Smart City Strategy, having transformed the relationship with our IT provider into a far more positive and productive partnership.

“He has also worked closely and constructively with our trade unions throughout his time with us and he’s always championed the key contribution of all our workers across the Council.

“I wish him all the best in his new role.”

Cllr Lucy Nethsingha, Leader of Cambridgeshire County Council said: “We are pleased to announce, after a unanimous decision, that Stephen will join the County Council next year as our new Chief Executive. I’d like to thank all the candidates who applied as it was a competitive field.

“It’s important we continue to have a close working relationship with Peterborough and Stephen will be pivotal to this. We look forward to working with him on the future of shared roles and where services are helping to deliver strong outcomes for residents and communities, or resilience for the councils, shared services will continue to be an option.”

Cllr Elisa Meschini, Deputy Leader of Cambridgeshire County Council added: “What impressed us about Stephen was his commitment to the area and his in-depth knowledge of Cambridgeshire. He understands the challenges we’re facing and wants to collaboratively work with our partners to deliver the best for our communities.

“We look forward to working closely with Stephen on our big ambitions for Cambridgeshire and tackling the challenges facing Cambridgeshire following the pandemic.”

Stephen Moir said: “I feel really proud and privileged to have been given this opportunity as chief executive to lead Cambridgeshire County Council. The county has not only a regional, but a national reputation. It is a big county, with big ambitions and I’m looking forward to working with elected members, our partners, staff and trade unions to deliver these ambitions.

“I’m also looking forward to working with the new Chief Executive of Peterborough City Council and I’m keen to work with the team in Cambridgeshire to respond to the challenges of climate change, address the need for sustainable finances and tackle inequalities, as we deliver essential services for the people and businesses of Cambridgeshire.”

The Edinburgh Reporter adds our good wishes to Dr Moir on his appointment.