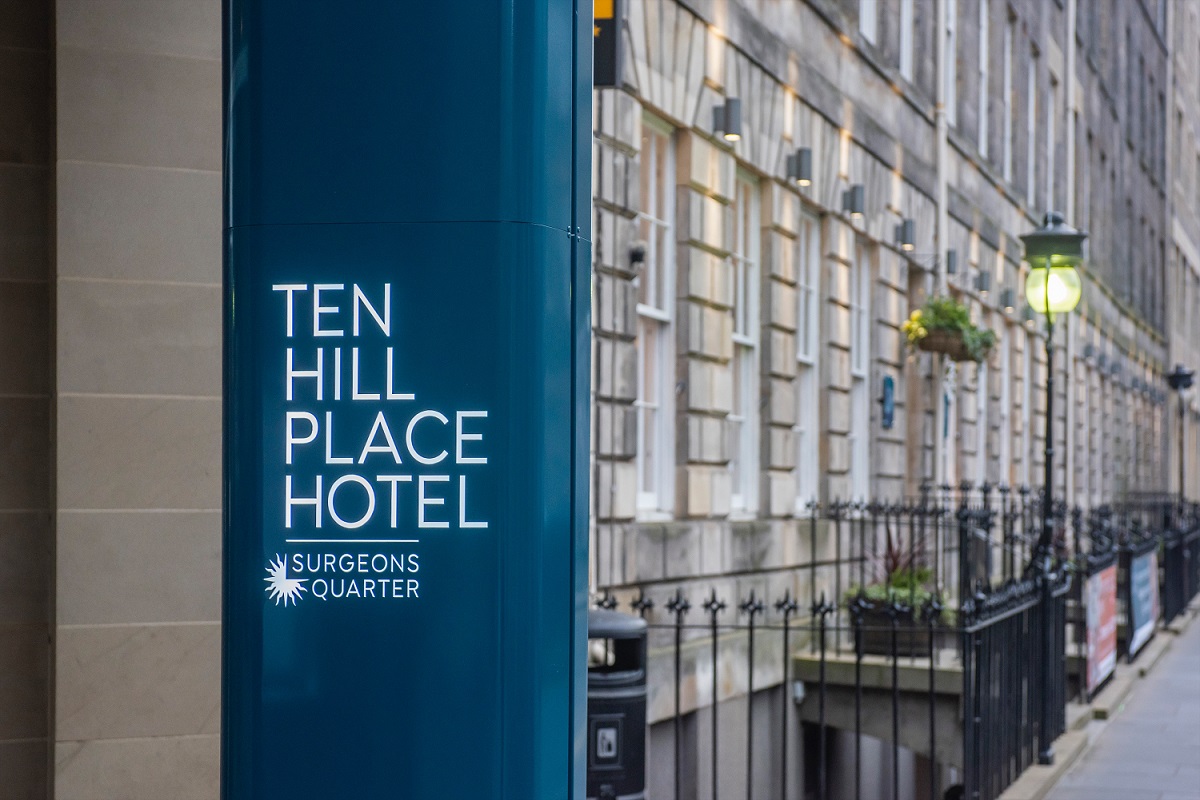 A cutting edge hospitality organisation is celebrating its fifteenth anniversary. During that time it has opened a travel agency, expanded its charitable work and welcomed over two million people from around the world.

Exactly 15 years ago this month, the commercial arm of the Royal College of Surgeons of Edinburgh (RCSEd), Surgeons Quarter opened and at the same time Ten Hill Place hotel was launched in its central location.

Surgeons Quarter, which promotes, sells and manages the commercial activities held within the four venues of RCSEd campus, initially had only three employees and has grown into a team of 100+.

The hotel has hosted over 1.2 million delegates over the last 15 years with Ten Hill Place welcoming an additional 850,000 guests for overnight stays.

The four-star independent hotel hosts guests from all over the world to Scotland’s capital city – and together with the Surgeon’s Quarter conference and events business has made a significant contribution to the local and national tourism economy.

Profits from across the portfolio go directly towards RCSEd’s charitable aims of improving surgical standards and patient outcomes worldwide.

Managing Director of Surgeons Quarter, Scott Mitchell said: “The past 15 years have been filled with excitement, challenge and dedication as we improved and expanded our offering across the commercial portfolio.

“We must thank our visitors from over the years who have opted to stay and host events with us. Their constant support encourages us to push ourselves to make every visit a memorable one.

“Across the organisation, our team always go above and beyond which has helped make us a trusted central Edinburgh venue. It’s a privilege to be surrounded daily by motivated and passionate individuals, who I’m proud to call my colleagues.”

Guest Services Manager, Lesley Christensen who has worked for the organisation for more than 13 years, said: “There have been so many positive changes during my time with the company. We’re passionate about what we do and that shows in the team we have built and the success we have had. There is never a dull moment.”

In January 2020, the organisation launched its newest venture Surgeons Quarter Travel, an agency arranging global travel for conference delegates, experienced surgeons and members of the public.

Scott added: “Our focus is on simplifying the travel experience by reducing the time and cost. It’s been an exciting venture so far and we look forward to expanding in the future.”

Surgeons Quarter’s commitment to sustainability has been ongoing. In 2019, the hotel removed single use bottle of water in the 129 bedrooms to reduce plastic waste. It is estimated this will save more than 80,000 plastic bottles a year.

More recently the venue invested over £20,000 to install six electric Garo EV points with an ambition that the Hill Place hotel car park will, in the near future, only be accessible to electric vehicle.

Reservations and Administration Assistant, Mhairi Ferguson, who has been with the organisation for 14 years said: “I have seen the hotel grow in so many ways. From starting off as just a 78-bedroom hotel and going onto expanding into Surgeons Quarter which encompasses 129 bedroom hotel, Café 1505, Surgeons Quarter Travel, Meetings, Conference and Events.

“We are not just your average hotel; we are an independent unique enterprise.”

The hotel, which expanded to 129 rooms in 2018, has supported its partner charity, Bowel Cancer UK and became Scotland’s first hotel to adapt its facilities to become more user friendly for those living with a stoma bag.

Scott said: “Making our hotel accessible and comfortable for all has been a priority since opening our doors. We want guests to feel at home from the moment they enter the lobby and looking back, it makes me extremely proud to have implemented such vital improvements so early on.”

As well as supporting surgical causes around the world, Surgeons Quarter has supported medical staff closer to home. During the first lockdown, with the support of a number of its team, it accommodated frontline NHS workers at Ten Hill Place who needed close access to the city’s key hospitals. In total, it provided 2137 free nights, carrying a cost of £100,000, while also providing thousands of free meals.

Scott added: “Like many in the industry one of our most challenging periods was 2020 as we were unsure what state the pandemic would leave us in and if we were going to be able to continue operating.

“However, the past few months have shown the world’s love for traveling and exploring new cities and we are extremely grateful to have had the expertise of our team and RCSEd to rely on.

“Here’s to the next 15 years – we look forward to being part of the capital’s evolving hospitality sector.”