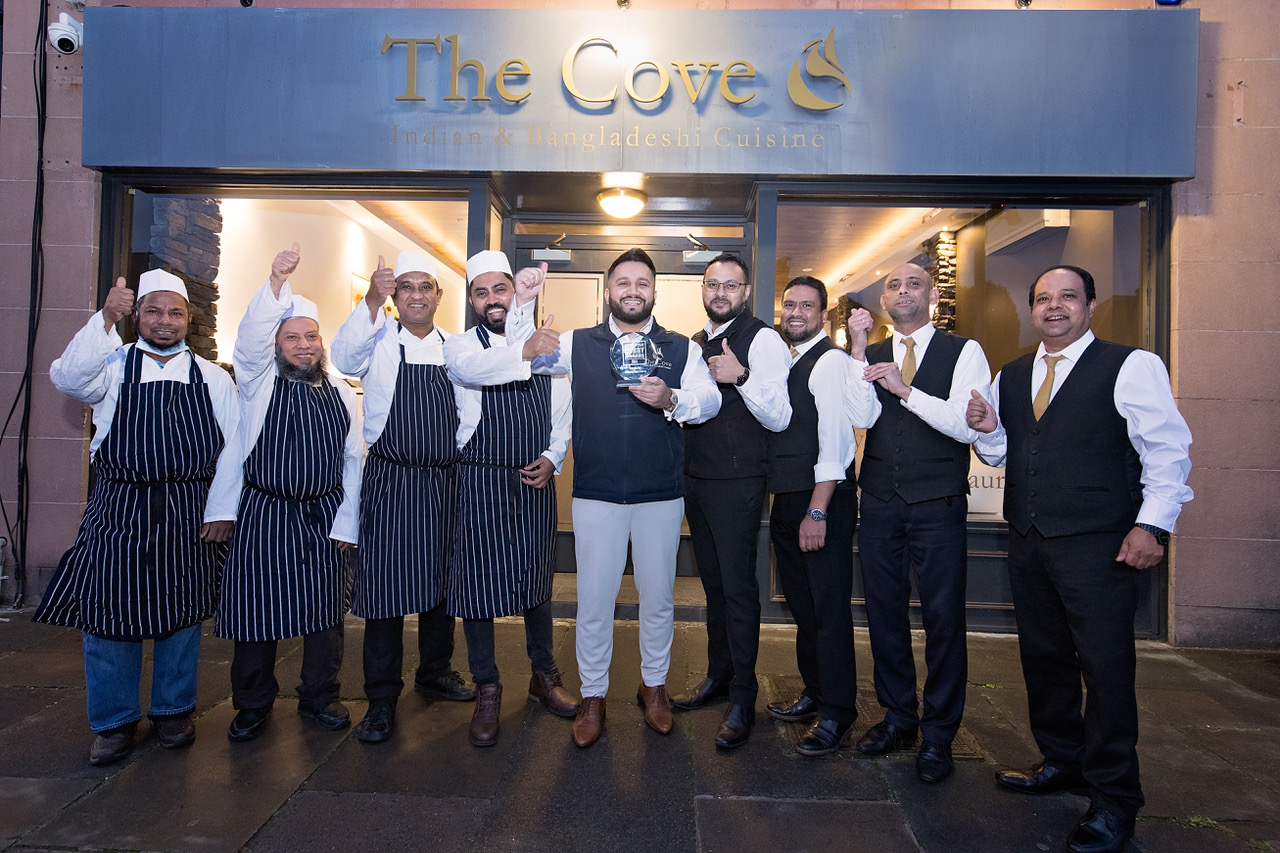 Edinburgh businessman Masum Uddin is celebrating a double success after two of his restaurants were honoured at this year’s Scottish Curry Awards.

The Cove, which is located in the Blackhall area of the city, scooped the prestigious accolade of Team of the Year at the recent black-tie event in Glasgow.

Vinyasa on St Mary’s Street just off the Royal Mile, was named the capital’s best restaurant.

The 13th Scottish Curry Awards were held over from last year due to the pandemic and were a celebration of local businesses, where winners are a true reflection of quality and customer service as they are chosen by members of the general public.

“I was delighted to win these two awards and cannot say thank you enough to all the support we have received from everyone to get us this far,” said Mr Uddin, who opened the doors to The Cove in November 2019.

“These awards are highly thought of in the industry and reflect a lot of hard work put in by a lot of people. We have a special team at The Cove and they work tirelessly to ensure customers thoroughly enjoy their dining experience with us.

“It’s a great ending to the year as it’s the second award The Cove has won recently, which is great for a relatively new restaurant and shows we must be doing the right things.

“It has been a tough time recently so to be honoured in this way is extra special and gives the whole team a lift. This wouldn’t have been possible without the support of our loyal customer base and my sincere thanks goes to the local community for the loyalty they have shown us despite the hardship they have all been facing.”

Situated on Hillhouse Road, The Cove serves up some of the finest Bangladeshi and North Indian cuisine in the city thanks to the creations of head chef Jahed Miah. In September, the eatery was named the Best Asian Restaurant in Edinburgh at the city’s 5th Asian Restaurant Awards.