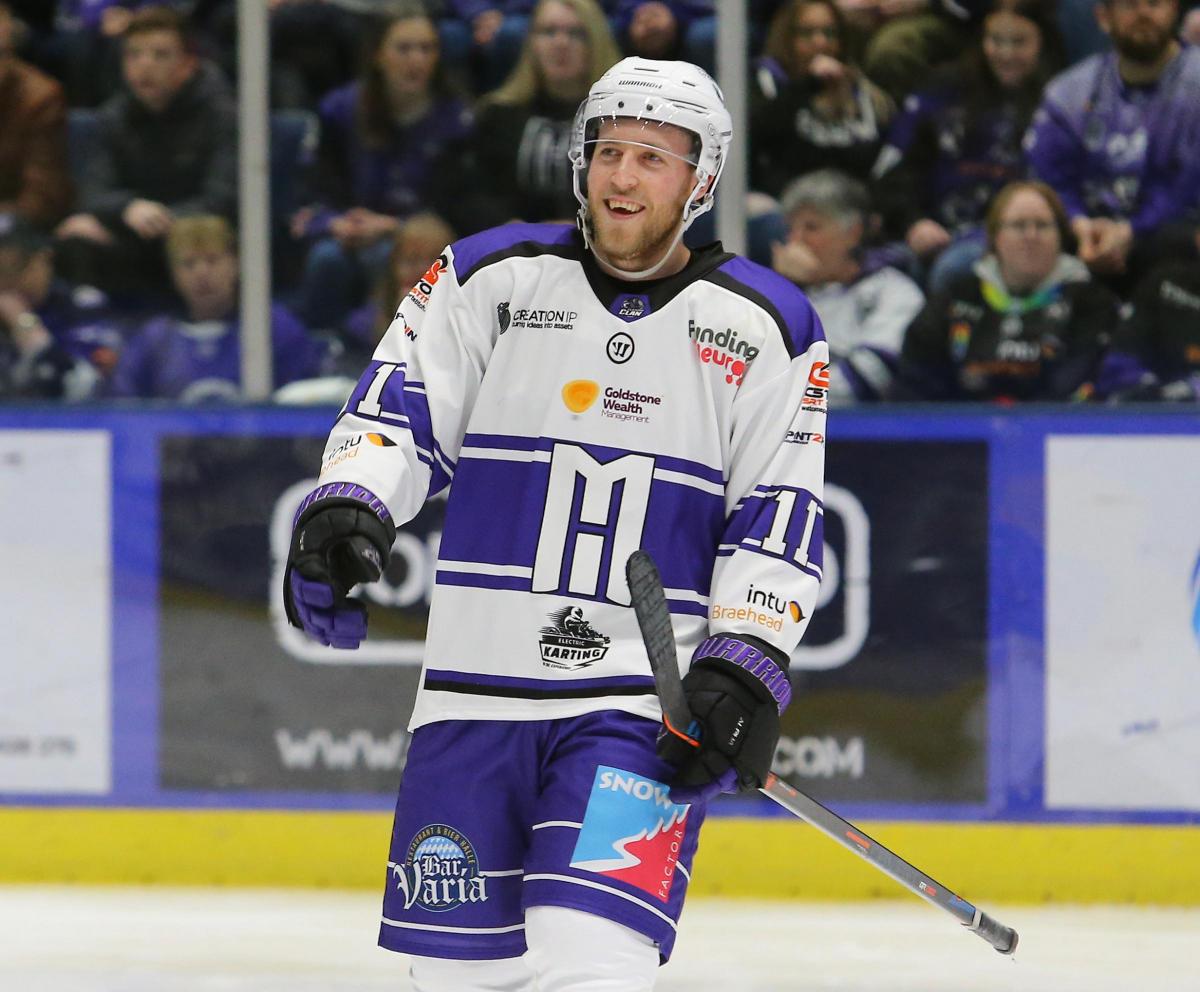 Glasgow Clan claimed their third win in six games with a comfortable 4-1 victory over Scottish rivals Fife Flyers at Braehead.

The home side, looking to build on a three-point weekend, opened the scoring early and never looked back.

Clan, sponsored by Aspray Glasgow West, were 3-0 up before the Kirkcaldy club, backed by UNISON Fife Health Branch, netted their opener and they failed to puncture the Glasgow side’s defence after that.

Colin Campbell maintained his recent scoring touch with the opener after eight minutes and defenceman Tim Shoup made it 2-0 nine minutes later on the power play after Fife hit penalty trouble.

No 3 arrived from Mathieu Roy after 36 minutes but Michael McNicholas threw the visitors a lifeline with a power play strike 1min 53sec into the final session.

But any hope Fife had of clawing their way back into the game were erased when Matthew Haywood (pictured) scored Clan’s fourth three minutes later.

Clan onto seven points and off the bottom of the ten-strong table leaving struggling Dundee Stars propping up the league with seven points from 13 starts.

Fife remain on ten points from 13 games but Clan, playing catch-up after a late start to their campaign, and now only three adrift of the eighth-placed Kirkcaldy club but with seven games in hand.