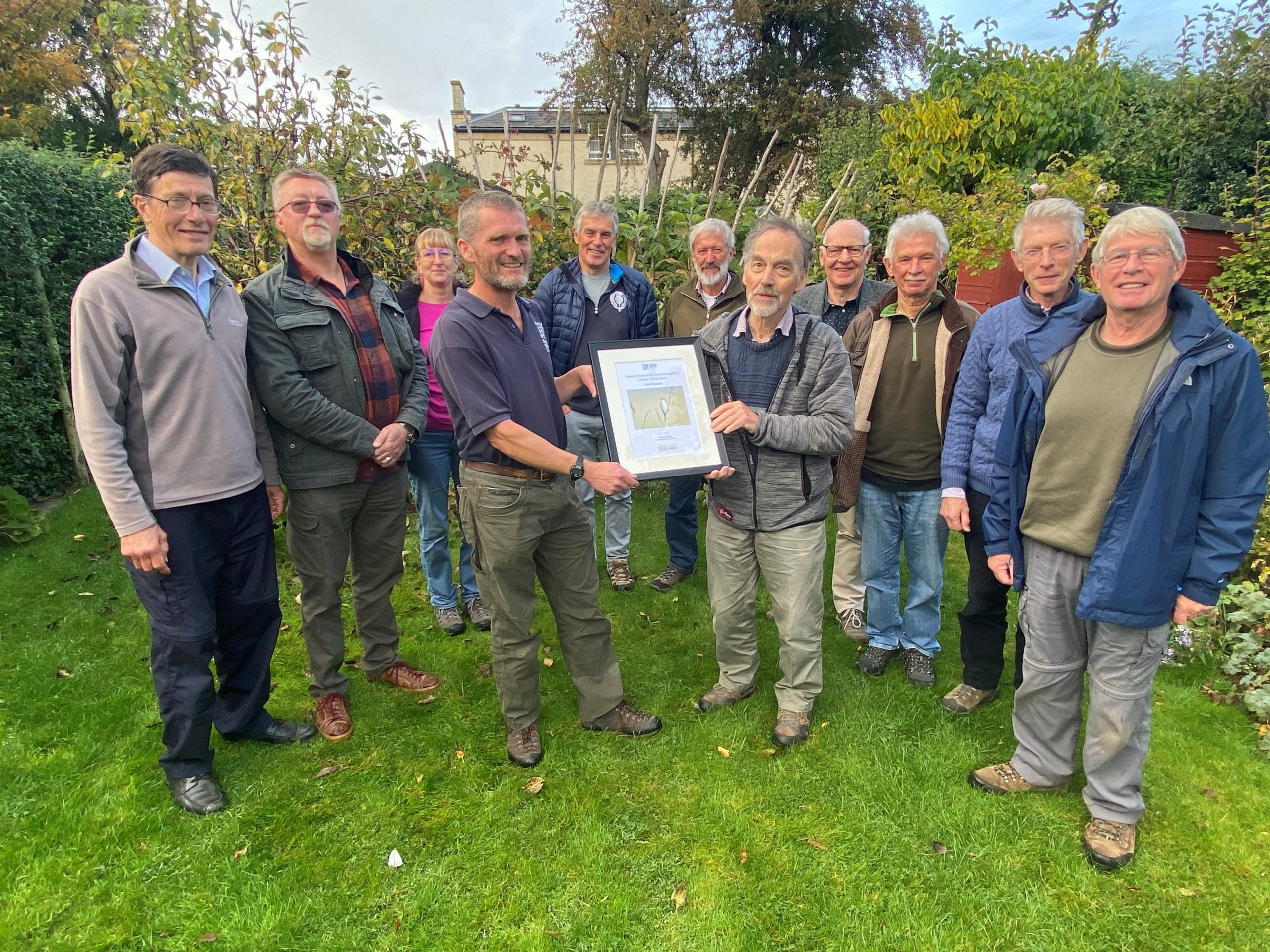 Edinburgh local, Ken Knowles, has been honoured with a Lifetime Achievement Award by The Scottish Wildlife Trust for which he has volunteered since 1976.

He recently stepped down as Convener of the nature conservation charity’s Pepper Wood and Bawsinch & Duddingston Loch Wildlife Reserves, and was also Chair of the Trust’s Lothian Group for several years.

Bawsinch & Duddingston Loch Wildlife Reserve is Edinburgh’s only remaining natural loch and features a range of habitats including woodland, scrub, grassland and reedbeds. Over the past ten years Ken has led groups of fellow volunteers in helping to ensure it is a haven for wildlife. One of their most significant achievements is a long-term effort to remove huge areas of invasive red-osier dogwood, which in turn has allowed native species to recover and thrive.

Ken Knowles said: “The main thing I get from volunteering is pleasure. I’ve always loved practical work. My grandfather was a farmer and I used to work on the farm. I enjoyed working with balers, pitchforks, all of the equipment. I just get a buzz from it.

“I also love nature. We moved to Edinburgh in 1967 and went on holiday to Orkney shortly after. I was bowled away by the seabirds and all of the wildlife that we saw. That sparked an interest that has lasted ever since.

“Since retirement, Bawsinch has become a real centre of my life. The past ten years as Convenor has been magical. I’ve worked with so many different groups, literally hundreds of volunteers over the years. We’re getting to the point where we’ve done most of the big tasks. Now it’s just a case of keeping on top of things, like keeping the reedbeds clear of trees.

“I’d encourage anyone to get involved in conservation. It’s immensely satisfying, particularly when you make strong friendships.”

Julian Warman, Reserves Manager, South East Scotland said: “One thing that stands out about Ken is his commitment. Week after week, year after year, he has spent a huge number of hours planning and carrying out conservation work at Bawsinch. He also has great attention to detail, and an ability to look at a problem and find a solution.

“There are areas of the reserve that have been utterly transformed through the hard work that Ken and his fellow volunteers have put in. Ten years ago, red-osier dogwood was a big problem. It used to dominate the wetter areas of the reserve and it was an immense challenge to get rid of it. Now that it’s gone the vegetation has flourished. You can walk through areas of the reserves that were once very dark and uninteresting and see patches of spearwort and other native plants.”

Linda Rosborough, Chair of the Scottish Wildlife Trust, said: “The Trust is fortunate to have so many dedicated volunteers who believe in our mission and want to help us protect Scotland’s wildlife for the future. I’m in awe of Ken’s dedication and commitment, and the sheer amount of hard work that he has given the Trust.

“Ken has had an enormous impact on our vital conservation work in the Lothians over nearly fifty years. I’m delighted that we can recognise his achievements through this Lifetime Achievement Award.”