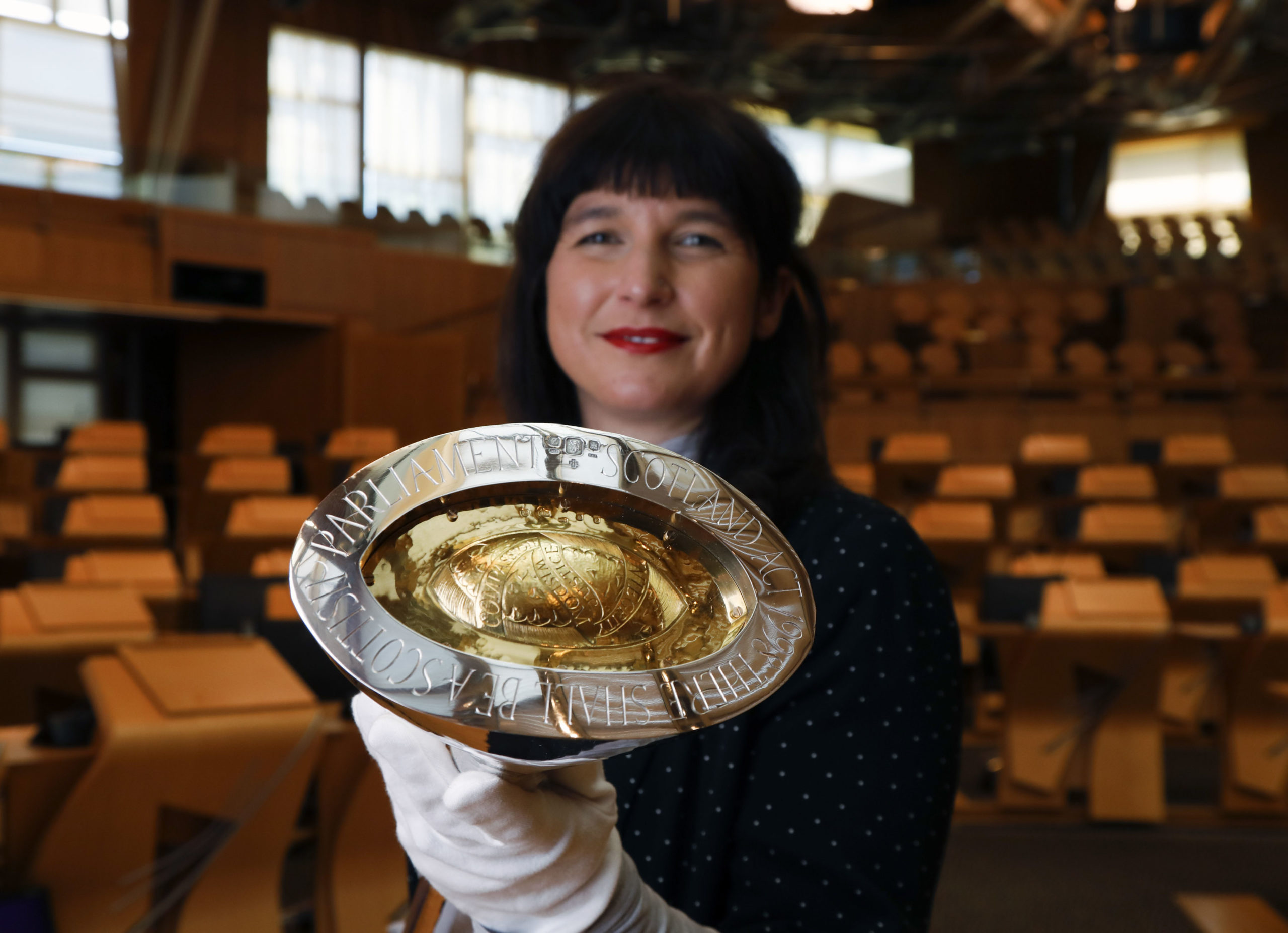 A new mace-bearer will perform their first ceremonial duty in front of Her Majesty the Queen as Holyrood prepares for an event to official mark the sixth session of parliament.

Rea Cris, who is a clerk at the Scottish Parliament, will carry the mace ahead of Her Majesty The Queen as she enters the Debating Chamber, as has been tradition since 1999.

Rea is one of five members of staff that will undertake the role of mace-bearer, with Rea being selected for the event on Saturday 2 October. The role of Parliament mace-bearer had previously been undertaken by security manager, Phillip Horwood, until he retired in 2019.

Rea Cris said: “It is an honour for me to take on this role within the Parliament. The mace is part of the Parliament’s history and tradition, but the principles engraved on the mace continue to inspire our work today. Compassion is one that inspires me the most.

“Being born in Greece, making Scotland my home and working on legislation that is debated in this Parliament I feel I represent what the Parliament exists to do and who we serve”.

The Parliament’s mace was presented to the Parliament by Her Majesty The Queen at the Opening Ceremony of the new Scottish Parliament on 1 July 1999, stating that the mace would “symbolise the authority of the Parliament”. It is designed to represent the relationship between the Parliament, the people of Scotland and the land. Engraved on the head of the mace into four thistles are the words: Wisdom, Justice, Compassion and Integrity.

The four other members of staff chosen for the role of mace-bearer are Robert White, a Mail Room Assistant, Greg Black who is a Communications Manager, Lesley Mackie, Access and Security Officer and Lindsay Paterson, Enquiries Assistant.

The event will be streamed live on the Scottish Parliament’s Facebook channel and on our SPTV channel.