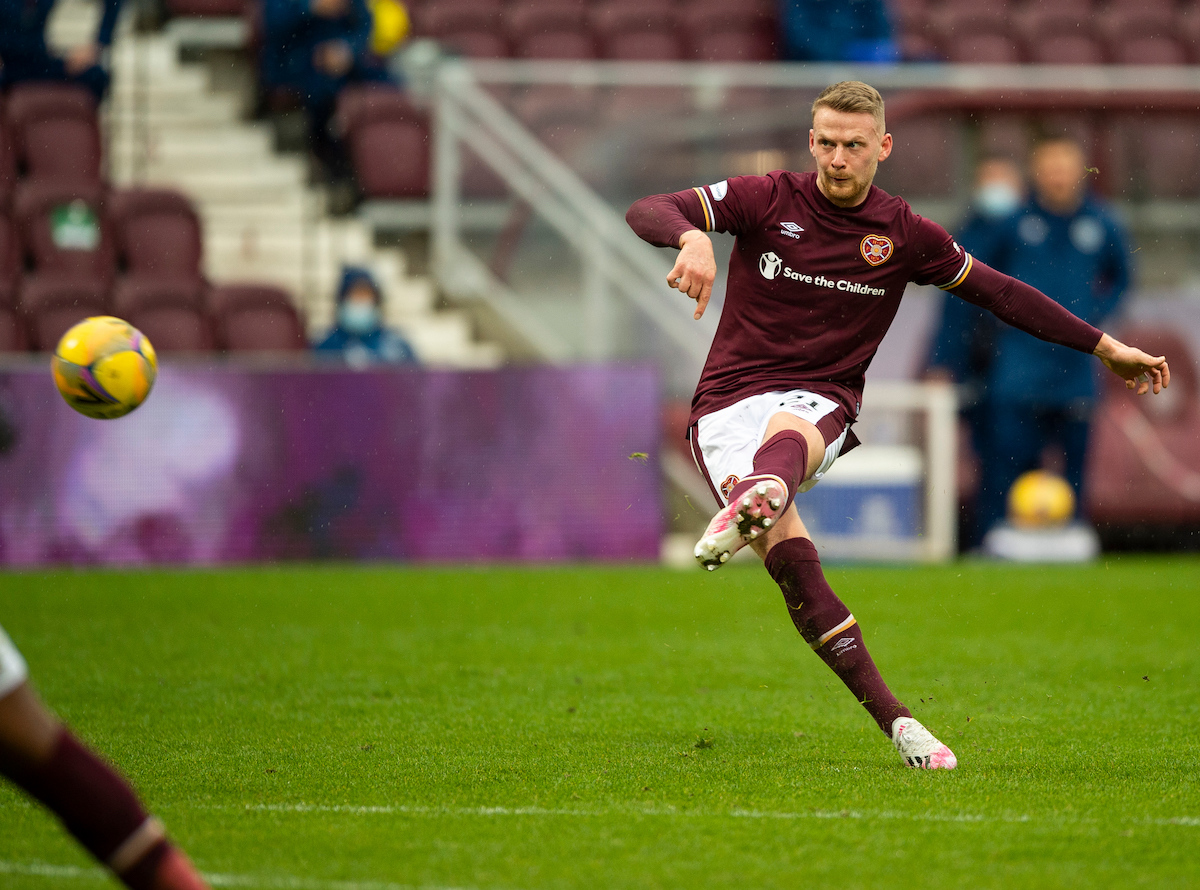 Despite going top of the league after Saturday’s draw with Dundee, albeit only for 24 hours, boos could be heard from frustrated supporters upon the full-time whistle at Tynecastle.

Hearts threw away two points against Dundee by failing to take their chances at one end and conceding a cheap goal at the other.

Defender Stephen Kingsley admitted that the atmosphere in the dressing room after the match was subdued.

“It was a massive disappointment. It was quiet in the changing room and wasn’t a nice place to be,” said Kingsley.

“We drew and it wasn’t a defeat, but it felt like that, especially with the way we’ve played all season. To put in a performance like that and not have a clinical edge and end product stung.

“That’s football for you,” he added.

“If you don’t take your chances, there’s always a chance the other team can come into it. It was even more frustrating with the way we conceded. It was such a poor goal to give away. That resulted in a really low atmosphere after the game. It’s one we deal with; we will see where we could have done better and try to put it right tomorrow. It was a feeling of disappointment that we had miss a chance to get two more points.

“It’s the standards we all hold ourselves to. Obviously it’s set by the gaffer and all the coaching staff, but it’s standards we set ourselves, because we know we should be winning these games.

“We know we’re not going to have it our own way the whole season, so it’s about how we react really. Especially for me being here last season, obviously it was in a different league, but whenever we did have any disappointments we always jumped back from them really well and showed good resilience by responding well, so we need to do that again.”

Hearts travel to face St Johnstone tonight at a ground that they haven’t taken three points from since November 2010 when Ryan Stevenson and Kevin Kyle scored in a 2-0 victory.

Kingsley explained he is aware of Hearts’ poor record in Perth but admits the majority of the current squad are facing their first trip to McDiarmid Park, so shouldn’t be dwelling on past results.

“Now we’ve got St Johnstone, it’s going to be a very tough game in a tough place. It’s one that we know that if we put the performance in and be more clinical we can get the three points that we need.

“We’ve not really spoke about it much so far, but I knew from speaking to the boys in the changing room that the record wasn’t great up there. I’m sure the manager will be telling us tomorrow as well before the game.

“It’s such a massive game for us at a place we’ve not had much success at in the past. I’ve obviously not been here during that time and neither have a lot of the boys in the changing room, so it’ll be somewhere that we go still full of confidence.

“We’re still playing good football, so I know it’s going to be a tough place to go and a tough team to play against, but we’ll be going there full of confidence and hopefully get the win.

St Johnstone currently sit 10th in the Scottish Premiership after a poor start to the campaign, but Kingsley believes you only need to look at the Saints cup double achievement from last season to recognise that Hearts will have a difficult job trying to secure the three points.

“Look at what they did last season,” he said.

“They lost a couple of good players in Ali McCann and Jason Kerr, so that’s going to be disappointing for them losing two big players, but they’re still a strong team, who’ll be hard to play against.

“The run that they went on last season and the cup’s they won is just phenomenal, so we know we’re going to be in for a hard night.”