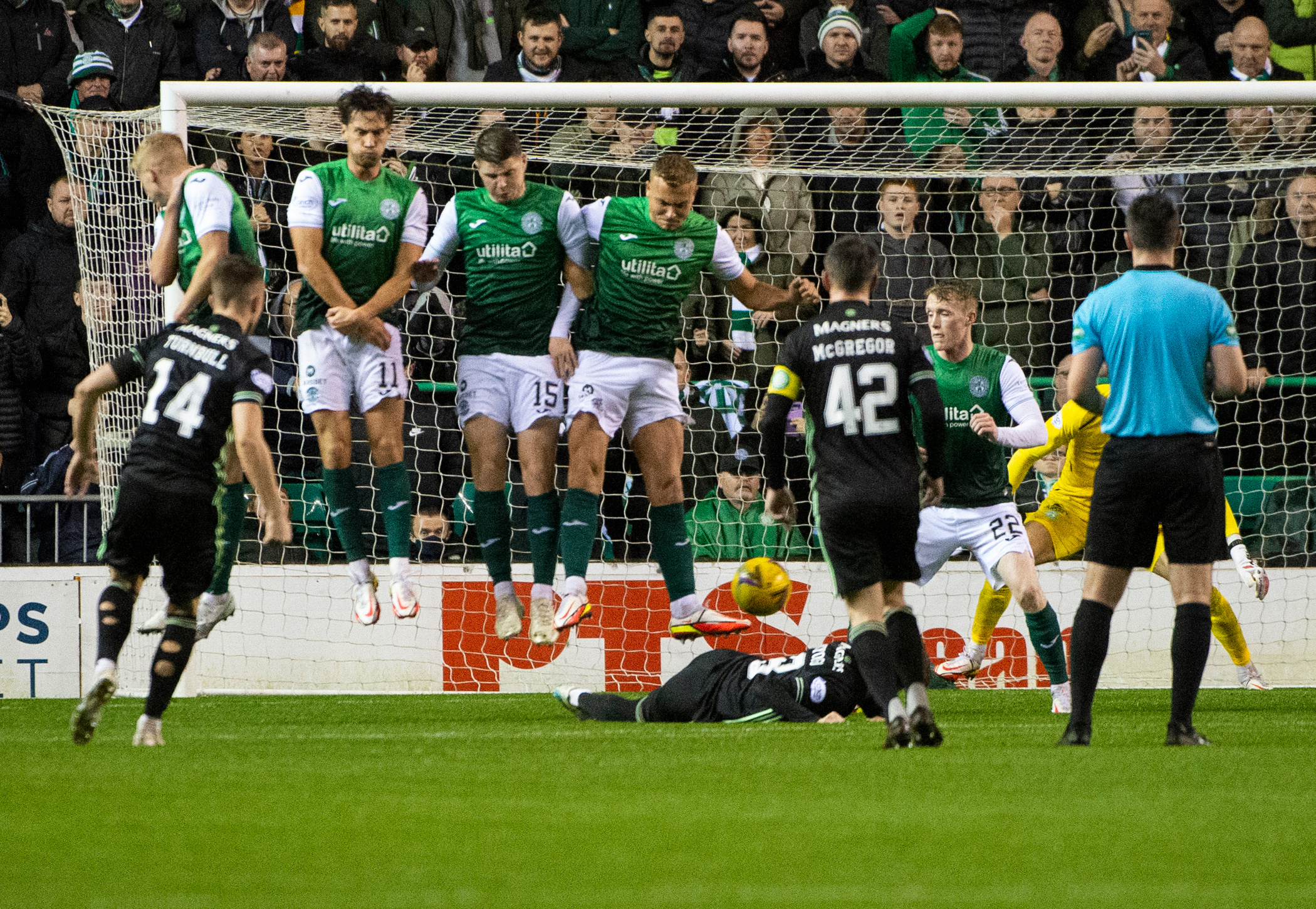 Hibs were blown away by a wonderful Celtic performance at a wet Easter Road last night.

Ryan Porteous returned in place of Darren McGregor, whilst Josh Doig and Alex Gogic took over from Lewis Stevenson and Jamie Gullan.

A free-headers from Anthony Ralston opened the scoring then poor marking moments later allowed Cameron Carter-Vickers to make it 2-0 for the visitors.

In between the goals Hibs had a glorious chance to level but Joe Newell’s effort was saved by Joe Hart who stuck out a leg to stop the close-range effort.

Matt Macey then made a tremendous save to thwart Kyogo as the one-way traffic continued,

Hibs pulled one back when Martin Boyle headed in from a corner.

With Rogic withdrawn due to an injury Hibs continued to fight and played much better in the second-half but the night belonged to the Hoops.

“Criticism comes in the wake of poor runs,” Ross said. “At the moment I think supporters should direct it at me. It’s my team, my responsibility, my preparation, my direction.

“The players need them behind them at the moment. So any frustration in the stadium or on any forum, direct it at me and support the players. Give them that backing.”