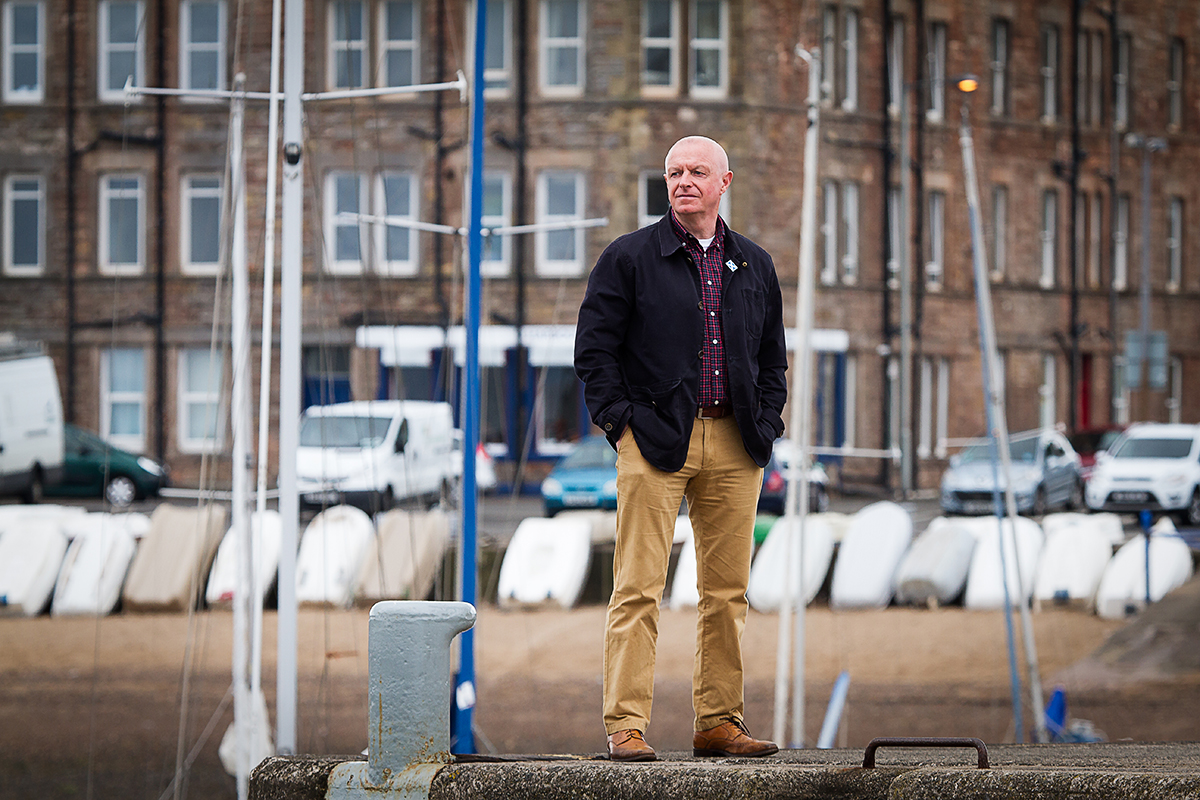 ‘Where Angels Rest,’ the latest book in the popular Detective Grace Macallan crime fiction series is out this week.

Once again, former Lothian and Borders Police officer Peter Ritchie draws on his extensive experience as an investigator to try and draw an authentic picture of how detectives, criminals and their victims think and feel.

The arrest of a Finnish contract killer and the subsequent murder of an Edinburgh reporter seem unconnected – until a ghost from the past appears in the investigation.

The horrors of past misdeeds in Northern Ireland, contract killers, military secrets and organised-crime feuds collide on the streets of Edinburgh and the Irish Republic, drawing Macallan into brutal score-settling on Dublin’s streets and a life-or-death race against time.

Yesterday he kindly took time from his busy schedule to tell us about the book.

He said: ‘I had thought about retiring Grace and felt the poor woman had suffered enough for one career. I had so many people asking to continue the story and quite a few ideas cropped up plus I was spending a lot of time in Dublin and near one of my favourite spots – Glasnevin Cemetery which really is quite something.

“Of course Dublin has its OC (Organised Crime) problems as well and I wondered if I could broaden the canvas and link Edinburgh to Dublin. I wanted something different this time so I started to form the story starting in Scotland and finishing in Ireland.

“I managed to bring an old adversary into the story which takes place as the pandemic starts to sweep across Europe. I really enjoyed writing it and the reason it took so long was I was involved in writing a couple of plays which I loved and hope to do more. Anyway this case stretches Grace and brings in some new characters.”

Peter joined the police service moving swiftly through the ranks of CID, Murder, Serious Crime and Regional Crime Squads.  He was involved in some of the biggest investigations encountered by Lothian and Borders Police (now Police Scotland), like the tragic Caroline Hogg and World’s End murders.

Peter became Head of the Organised Crime Unit in the National Criminal Intelligence Service in London where he developed and ran a multi-agency team made up from various branches of law enforcement and the security services.  His unit became a model for other organisations involved in tackling serious and organised crime as well as producing major reports for Ministers advising on issues like illegal immigration and human trafficking. Peter was a regular speaker at high profile, international crime conferences.

So, after London, Peter was subsequently appointed as the UK Liaison Officer to Europol in The Hague, Netherlands – where he spent five years coordinating international intelligence operations against groups involved in cross border organised crime and terrorism.

He returned back to his Scottish homeland to Lothian and Borders Police (now Police Scotland) heading the Major Crime Team, covering covert operations against organised criminal activity before taking on an advisory role for the Croatian Ministry of the Interior to review intelligence systems for organised crime and intelligence.

Following his retiral he worked on a number of private investigations before spending the next few years as part of the public inquiry team looking into the murder of the Loyalist Volunteer Force leader Billy Wright in Northern Ireland’s Maze Prison.  Peter also worked on a public inquiry into the death of 18 patients in the Vale of Leven District General Hospital in West Dunbartonshire from a hospital acquired infection.