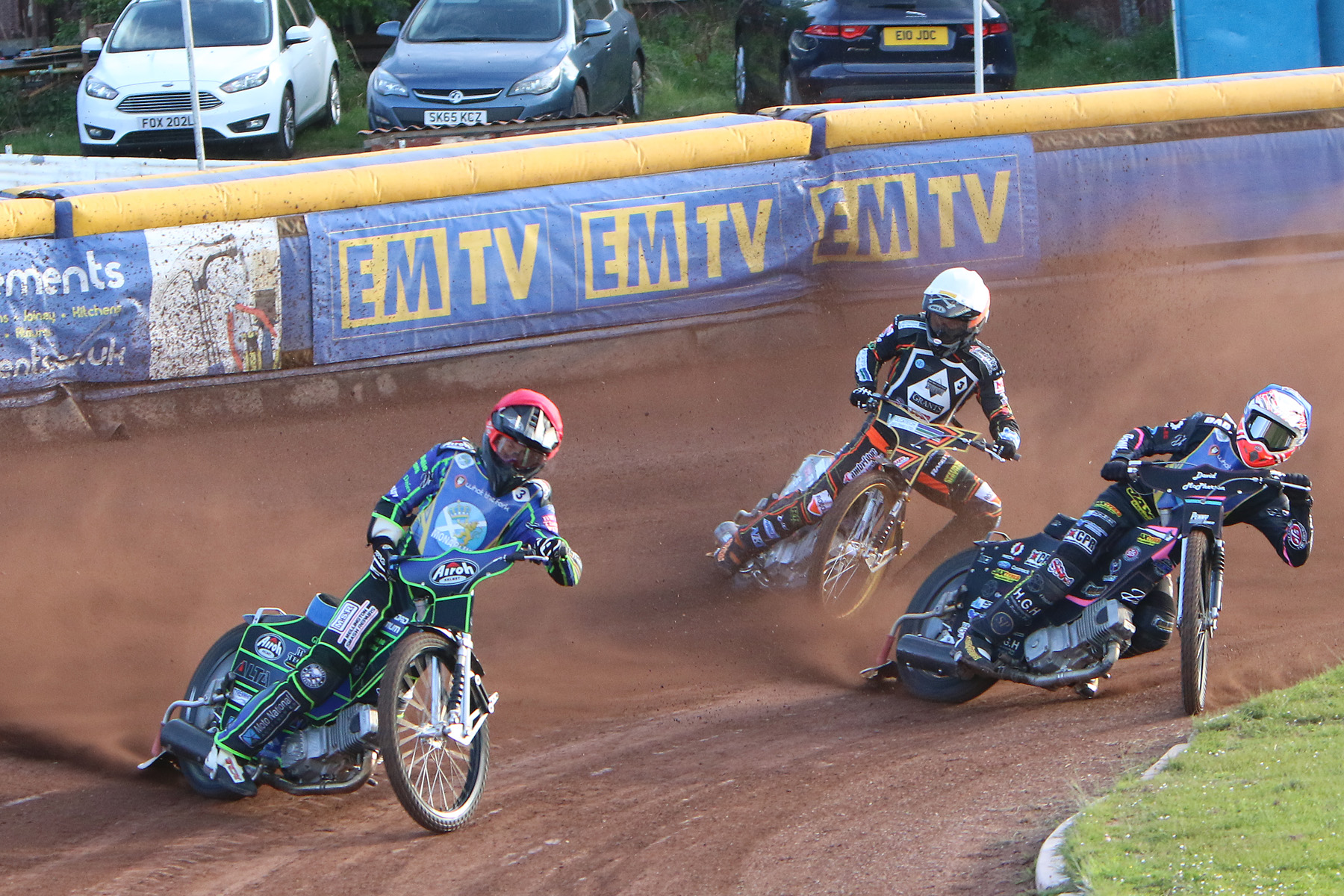 Edinburgh Monarchs are looking for a good lead to take to Birmingham Brummies for the second-leg of their Knockout Cup quarter-final when the teams square-up at Armadale on Friday (tapes-up 7.30pm).

The teams qualified for this stage by beating Newcastle and Redcar respectively in the previous round, and the winners will meet Glasgow in the semi-final.

This tie was started at the end of July but Birmingham’s visit that night was abandoned with Monarchs leading 26-16, and we start from scratch again this week. Of course the teams drew in a league match last Friday, Monarchs being without both Richie Worrall and Kye Thomson by the end of the match.

The good news is that both will be ready to ride this Friday as Monarchs field their full-strength 1-5. Both teams are using guests in the reserve berths; for Monarchs, Drew Kemp (double figures last week) is missing because he is riding in the World Under-21 Team Final in Poland, and Nathan Greaves of course hit us with his untimely retirement on the eve of last Friday’s event.

Deputising for Monarchs will be Danny Phillips of the Armadale Devils, and Berwick’s Kyle Bickley. Birmingham’s reserves will be Luke Crang and Jason Edwards and they will again use rider replacement for injured German Valentin Grobauer.

Once again Chris Harris and Erik Riss are sure to be to the fore, and Ashley Morris will be trying to repeat last week’s good performance.

Team manager Alex Harkess says “Tonight it is certainly the aim to get a good lead to make the second leg easier. The unfortunate thing is that Drew will not be riding due to the Under-21 Team Championship. What a difference he would make if he was here.”

There are 3 vital away matches over the following 5 days in the race for Playoff places. Drew Kemp will be back for these, and realistically Monarchs may need to win two of the matches which are Leicester (Saturday), Newcastle (Sunday) and Birmingham (Wednesday).

As with all Armadale matches this season Friday’s match will be Live Streamed, however the stream will be available only to those outwith a 25 mile radius of the track. Anyone within that limit but unable to attend should email info@edinburghmonarchs.co.uk