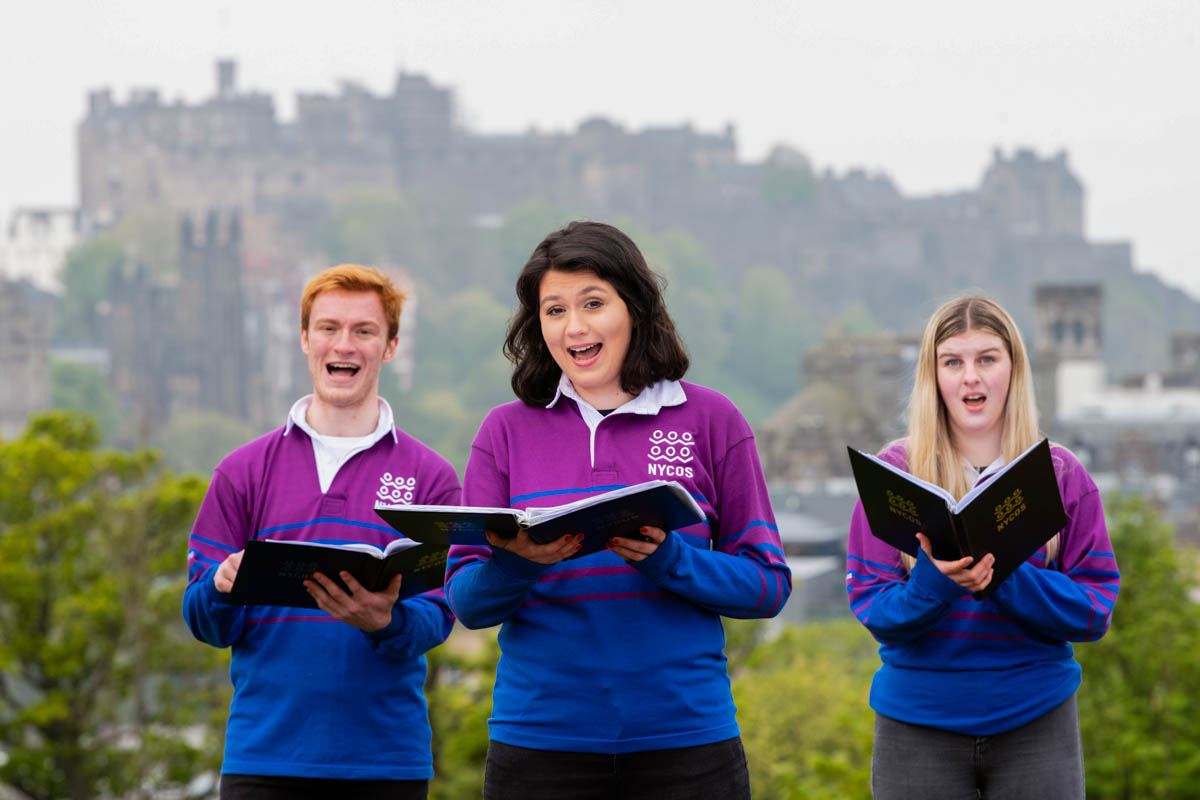 National Youth Choir of Scotland Regional Choirs will, over the coming days, roll into action across Scotland as 15 choirs in all, with a total membership of 1500 before Covid, will return to in-person rehearsals and concerts.

Since 1998 when NYCOS formed its first choirs, they have been rehearsing in schools, largely in partnership with the local education authorities in the area. However, with Covid uncertainty and the current guidelines in Scotland, many schools are unwilling to host, or are unsure about outside groups using the facilities; they want to keep the premises safe, healthy and secure for their own pupils.

Faced with a lack of venues, NYCOS turned to an institution it knew had many and varied premises across Scotland, the Church of Scotland, and asked if they could help. A meeting followed at which high level officials including the current Moderator, Jim Wallace, on hearing the national organisation’s dilemma pledged to help.

Together churches in the regions NYCOS was having difficulty in were identified and over the coming weeks, nine of the Regional Choirs will be able to continue thanks to their help.

In its quest to #keepscotlandsinging’ NYCOS is being as creative as possible.

National Youth Choir of Scotland has its first residential weekend for two years, in a tent, on the island of Cumbrae

NYCOS residentials are the backbone of the National Choir’s activity. During a six-day residential the singers learn all the music they will sing over the next year. Past performances have included the BBC Proms, Edinburgh International Festival, national and international tours.

The last full National Youth Choir of Scotland residential was in July 2019 and, due to Covid, the choir was unable to meet in July 2020 or July 2021.

Refusing to be stumped by their usual school venues for these important residential weekends, NYCOS instead found Field Studies Centre (FSC Millport) on the island of Cumbrae to host and erected an enormous marquee in its grounds to house rehearsals.

70 members travelled to Cumbrae from the four corners of Scotland and beyond to rehearse for three days in the most beautiful of scenery in stunning weather preparing the choir to return to performance at the highest level.

As a result, NYCOS will be marking its first performance since re-emerging from lockdown, unless you count BBC Breakfast, by performing to audiences arriving at the celebrated Lammermuir Festival on Saturday 11 and Saturday 18 September at venues across East Lothian.

A programme of classical favourites and traditional Scots songs will greet those turning out for the Festival in Dunbar, Haddington, Stenton and Crichton Collegiate Church.

Christopher Bell, founder and Artistic Director of NYCOS said, “There is nothing like the experience of singing in a choir with like-minded and talented peers. After almost 18 months singing online we were ready for a face to face return but having difficulty securing our usual venues.

“These creative solutions, including our wonderful partnership with the Church of Scotland, have been life savers for Scotland’s Young singers.”

Rt Hon Lord Wallace (Jim Wallace) Moderator of the General Assembly of the Church of Scotland said, “Recognising the importance of choir singing both musically and socially for Scotland’s young people, and the difficulties NYCoS was having in securing venues for its choirs to rehearse, I was delighted to encourage our congregations across the country to help accommodate these wonderful singers.”

NYCOS is currently open to new singers, if you are interested in applying please register your interest at http://nycos.org.uk/singwithus