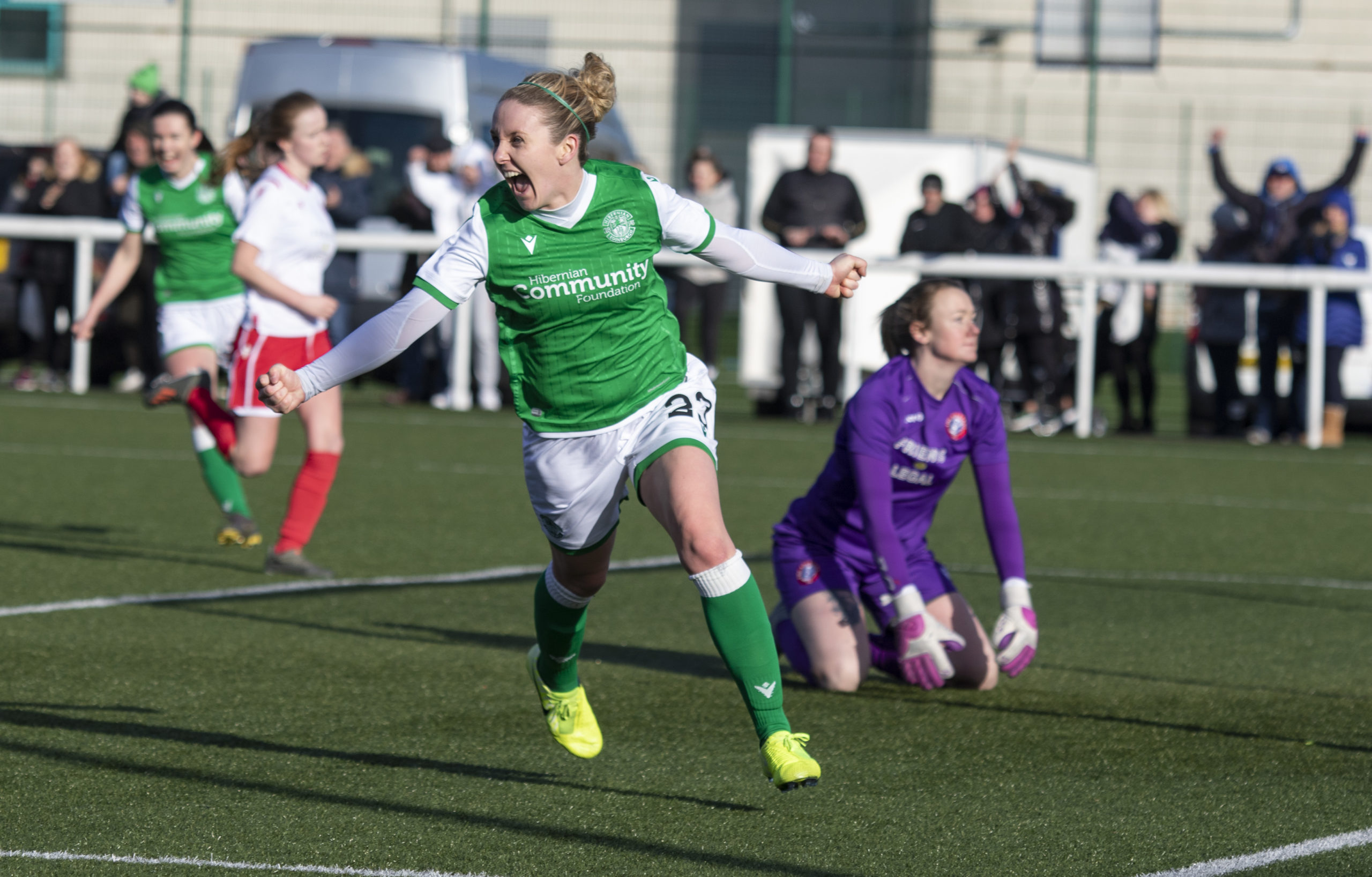 The first two games of the Scottish Women’s Premier League (SWPL)1 season allow Hibernian to top the table in style, scoring 7 goals and conceding none. Hearts new manager Eva Olid is still searching for her first points of the season, despite leading at times in both games, while Spartans have won one and lost one in two Edinburgh derbies.

Hibs moved from Ainslie Park to the Tony Macaroni Arena this season, beating Spartans 3-0 on the opening day of the season at their new home. Hibs’ new signing Alexa Coyle, who was playing her first ever game of league football after playing college football in America, scored from the penalty spot. Young winger Colette Cavanagh was the star of the show scoring a goal and being awarded player of the match.

The Hibees then played Motherwell, running out 4-0 winners with four different goalscorers. Boyle’s early free-kick was the pick of the bunch, scoring from a seemingly impossible angle. Dean Gibson’s side are top of SWPL1, a promising start as they aim to challenge the three full-time Glasgow teams at the top of the table.

Elsewhere in Edinburgh Hearts will be rueing their missed chances, as they twice let one goal leads slip and are yet to register a point. The Jambos opening day fixture against Hamilton was remarkable as they conceded three penalties, two of which were well-saved by goalkeeper Parker-Smith. Despite leading in the 73rd minute, the visitors scoring one penalty and then converting from the rebound meant that Hamilton were victors in controversial fashion, winning 2-1.

Next up for Hearts was an Edinburgh derby versus Spartans at Ainslie Park. The author was in attendance as a dull affair sprung into life in the second half. Claire Delworth made it 1-0 to Hearts, whose tame free-kick was caught by Spartans’ goalkeeper Rachael Harrison on her 200th appearance for the club. The referee judged that the ball spilled behind the line, controversially awarding a goal.

It was an all-action affair from then on, as the visitors nearly doubled their lead a minute after scoring their first, as Jenny Smith’s effort was well-saved. Then, in the 53rd minute Rebecca Galbraith headed over keeper Parker-Smith to equalise.

Spartans, missed chance after chance, finally taking the lead from Kat Smart who finished after a scramble in the box. Spartans controlled the closing stages well, as Alana Marshall gave the home side a two goal cushion, as the match ended 3-1. Eva Olid will feel unlucky to come away with no points from an opening two games in which her side missed lots of chances.

All eyes are on the next Edinburgh Derby on Wednesday 29 September, as Hibs play Hearts under the lights at Easter Road. The game is set to be a record capacity for an Edinburgh women’s football side, as Hibs have made tickets available for free.