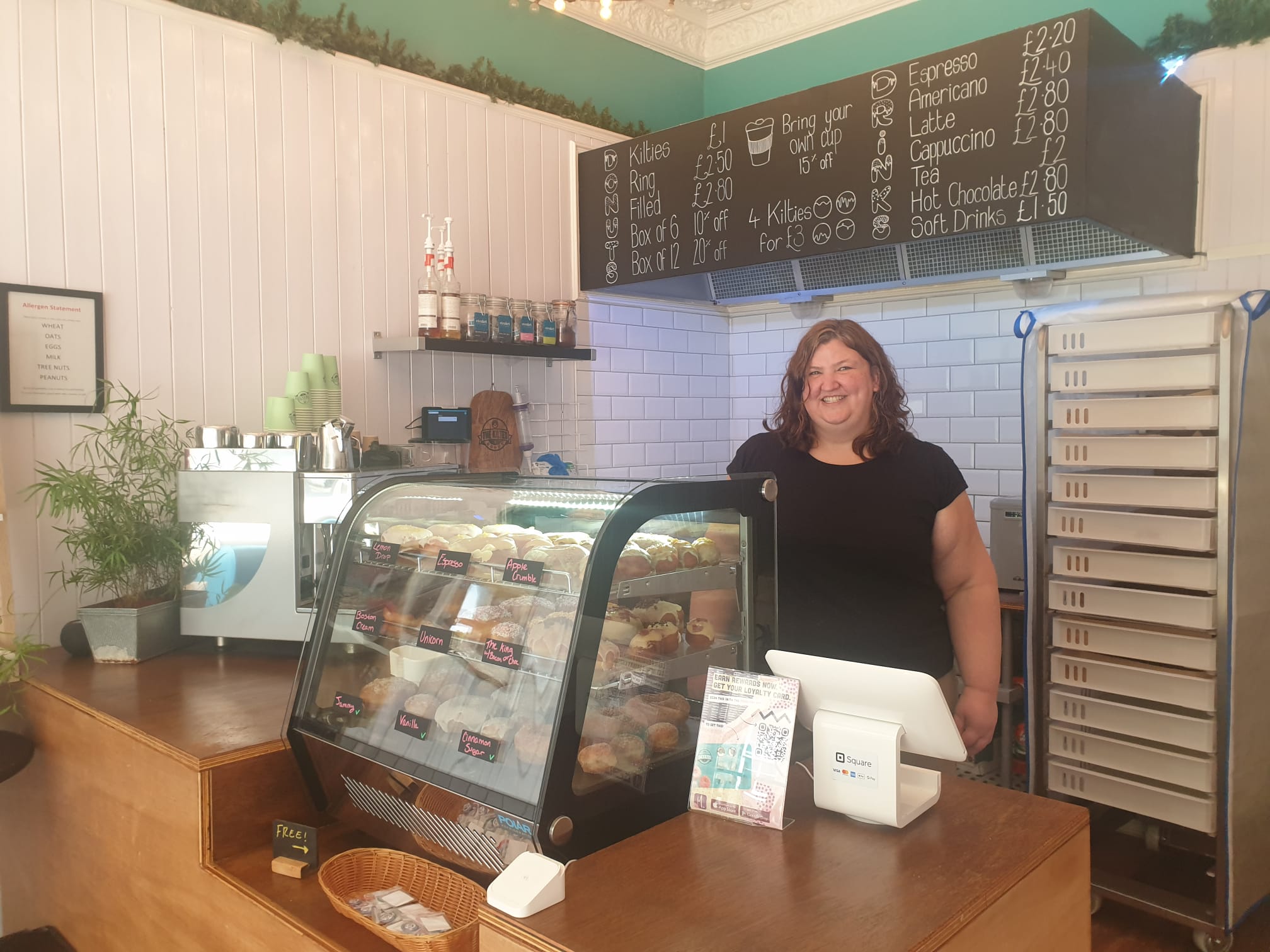 Kilted Donut has opened a second store in Stockbridge following the success of its partnership with Scotmid’s Leven Street store forged this year.

Since February 2021 it has supplied more than 10,000 doughnuts to the Leven Street store, with Nutella Bomb and Brown Butter Biscoff from favourites.

The Leith-based company has now announced it will grow even more. The founders Lena Wollan and Mark Anderson will expand their staff by employing four more employees. The firm has also been able to invest in key equipment and a new larger kitchen.

Lena Wollan, Director and Co-Founder of The Kilted Donut, said: “The partnership with Scotmid means so much to us. It has been the springboard to reaching a broad customer base, which has supported our business in many ways, not least through the opportunity supercharge our expansion plans and open doors to new supplier relationships.

“We genuinely value Scotmid’s commitment to supporting independent producers such as ourselves. We look forward to introducing new flavours into our growing repertoire over the coming months and working in our new premises.”

After a visit to a doughnut shop in New Orleans, The Kilted Donut began as a stall at Leith Market before moving into its current site in Great Junction Street.

Lena and Mark have been perfecting their own recipe over the last three years and are committed to creating the best doughnuts from natural ingredients, without the use of pre-made mixes or artificial flavours.

Their existing menu comprises around 40 individual flavours, with six flavours chosen on rotation each week.

Danny Scobie, Food-To-Go Operations Manager at Scotmid, said: “Kilted Donut is a fantastic example of a Scottish business that is committed to supplying the best quality local produce and we’re thrilled to be able to sell their incredible products in our Leven Street store. The doughnuts have been extremely popular with customers, who are excited to see the new flavours we have every week.

“We’re delighted to see Lena and Mark’s business go from strength to strength and to have played a role in their journey of expansion and success in Edinburgh.”

Scotmid has taken steps to source locally in a new strategy focussing on provenance and supporting local suppliers.