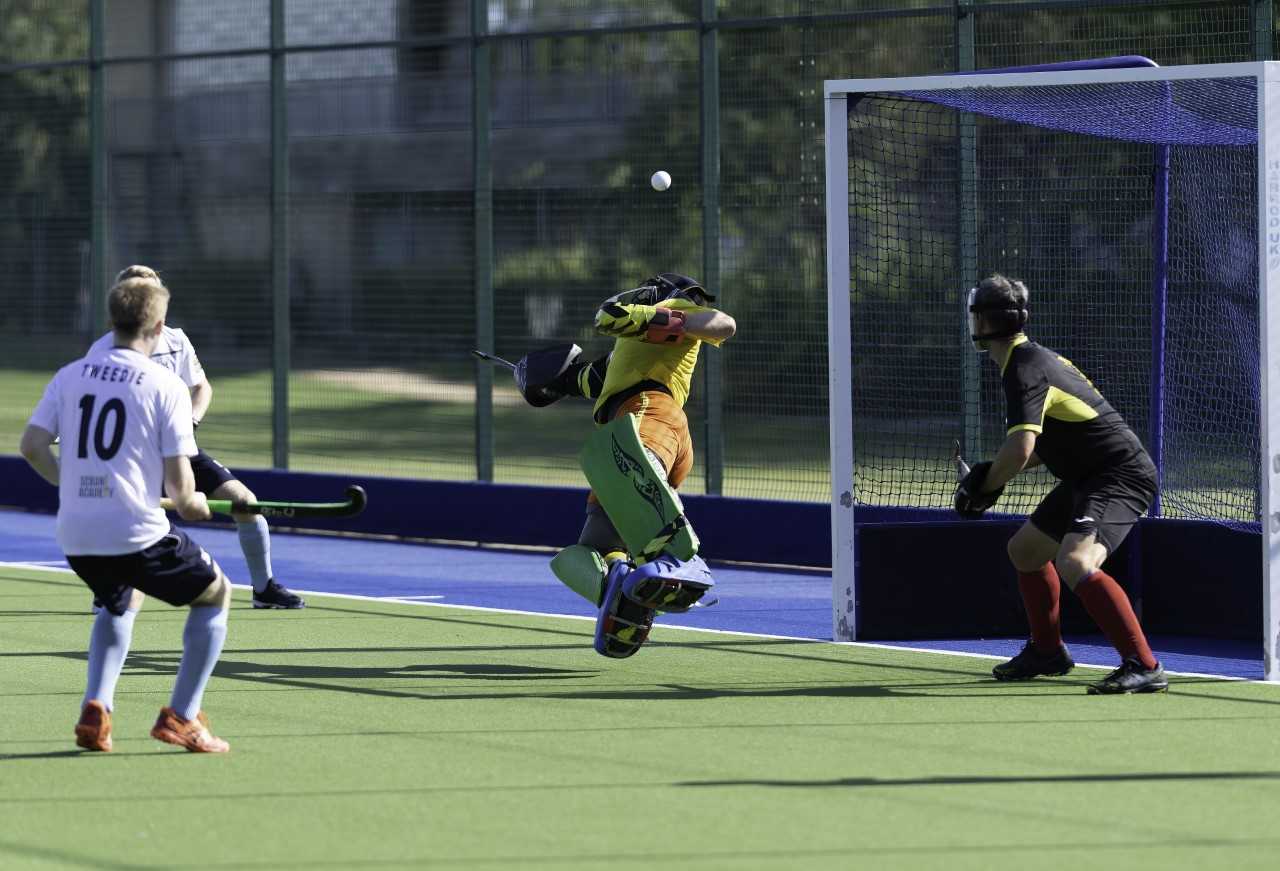 Razor-sharp Fraser Heigh scored six as Grange drew level on points at the top of the men’s Premiership table with an 8-2 demolition of Hillhead in Edinburgh (picture courtesy of David Reid). Western thrashed Clydesdale 7-3 to stay in pole position by a single goal from Grange.

Elsewhere, Dunfermline Carnegie claimed their second straight win in their first season in the top league thanks to a goal from skipper Michael Ross 30 seconds from time which earned a 3-2 comeback success at Grove who led 2-0 early on.

GHK top the women’s premiership thanks to a 2-1 win at Grove but Clydesdale Western remain in touch after their 4-3 home win over Western Wildcats, Fiona Semple scoring in the final minute to secure the points.

Sarah Jamieson scored six and fellow Scottish international Emily Dark three as Watsonians demolished ESM 15-1 in the Capital while Edinburgh University opened their campaign with a 5-0 win, Georgia Jones scoring a treble, also in the Capital.