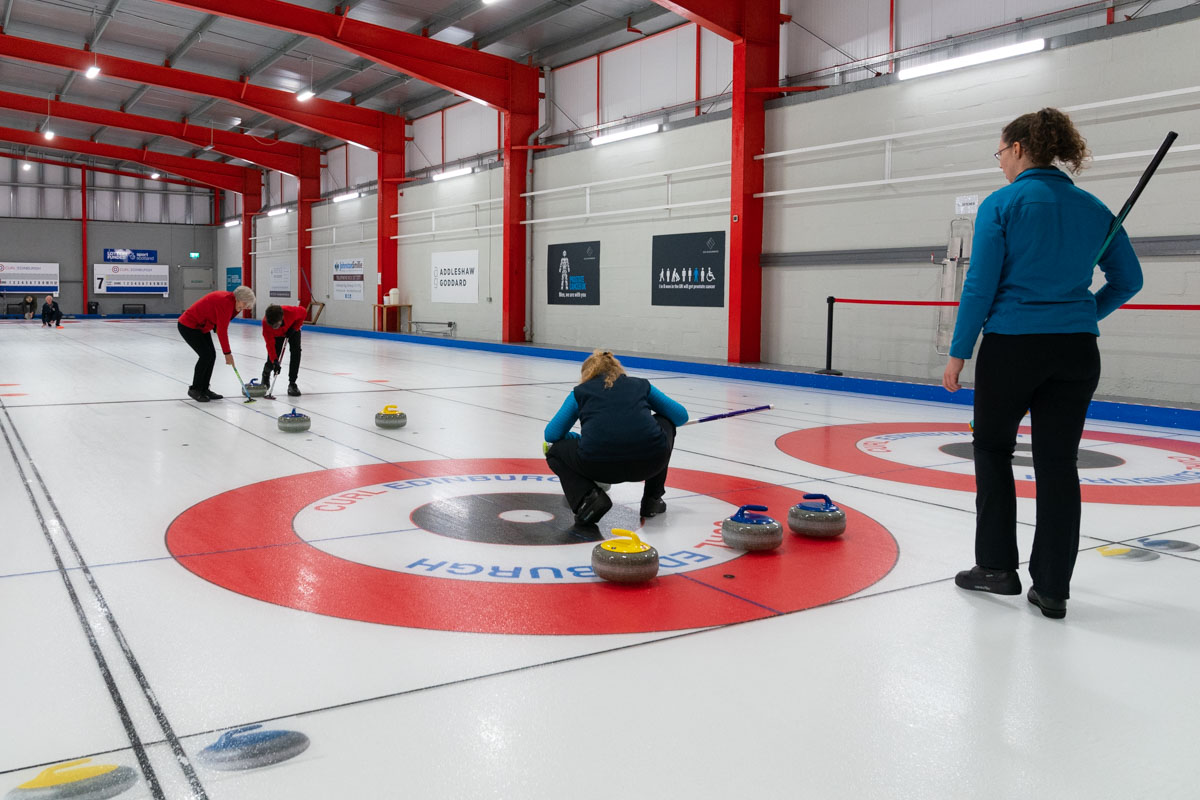 Last year was the fortieth year of curling at Murrayfield, but of course there were no celebrations.

During the past year there has been a lot of work carried out at the seven-sheet rink and the Rt Hon Lord Provost, Frank Ross, opened the first bonspiel of the season.

There are 80 clubs who play at Curl Edinburgh and there are games throughout the season.

Champion curlers Jennifer Dodds (who could not be in Edinburgh as she is playing in Switzerland this weekend) and Bruce Mouat won the Mixed Doubles Worlds earlier this year. This means that Team GB has a place in the mixed doubles at the winter olympics in Beijing in February 2022. Bruce told The Edinburgh Reporter that no team places have been awarded as yet, but it seems to us a real hope that the Scots pair will head off to Beijing.

It is another first for Scotland, as both have competed at Junior Worlds, Mens’ and Womens’ Worlds and Europeans Championships.

Bruce’s also achieved silver at men’s worlds and won two slams.  Both curlers have been playing at Murrayfield since they were juniors and as the Lord Provost mentioned the club members were very pleased to welcome Bruce back to his home club where he was on hand to encourage other players.

The new season opens on 27 September and the club’s online shop has reopened.