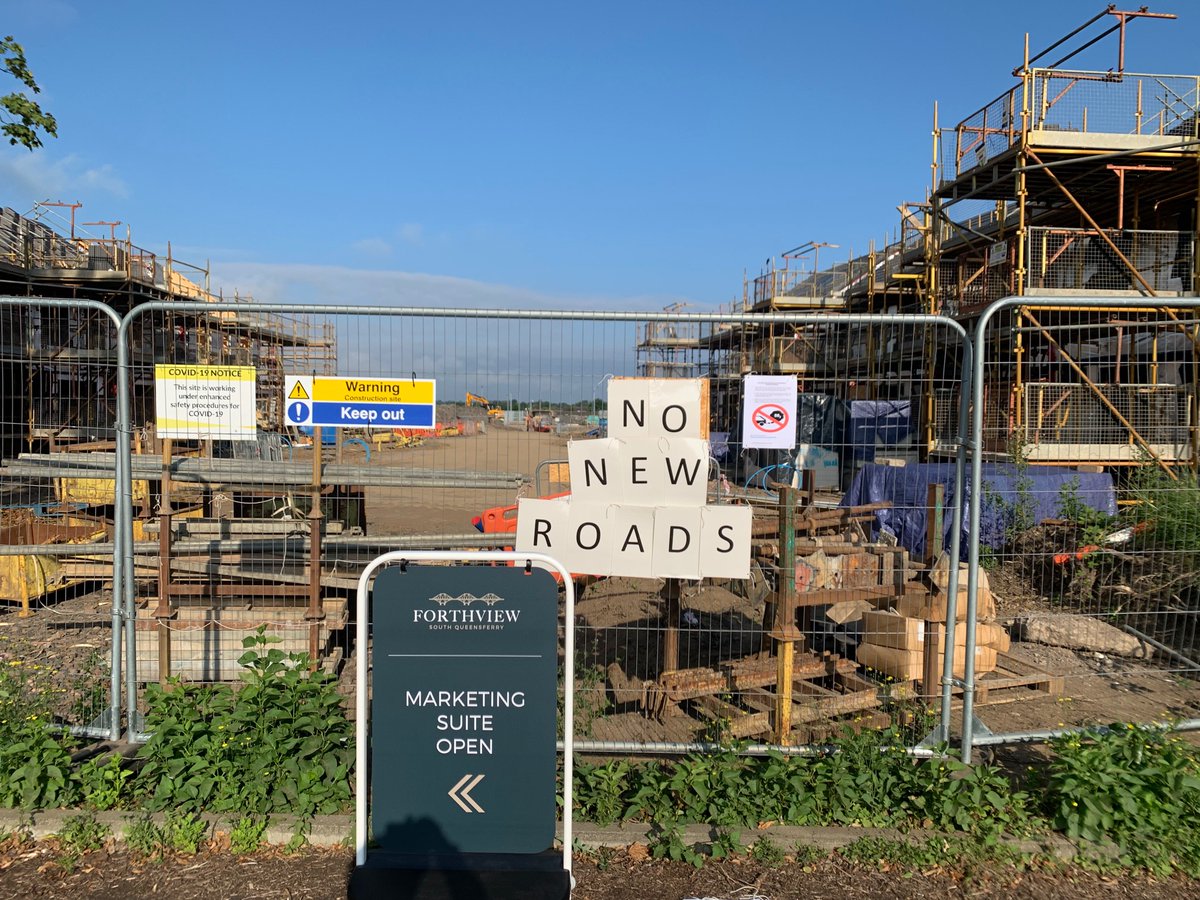 Ambassador Homes are developing a residential site for 124 new homes at Ferrymuir Gait where access for vehicles has been a long-standing issue.

The developers have now applied to The City of Edinburgh Council 21/04116/FUL to change the vehicular access to the new homes under construction.

The Edinburgh Reporter explained in an article last month that the owners of the new homes would be forced to drive through the Varney Estate, accessed off Kirkliston Road, rather than being allowed access from the roundabout between Macdonalds and the Shell Garage. That access road is Ferrymuir Gait, and it was Transport Scotland who were standing in the way of a direct access being created, meaning vehicles would have to drive through a Low Traffic Neighbourhood set up in the 1960s instead.

In the revised plans, the developers propose to restrict access from Hugh Russell Place and the Varney Estate to pedestrian and cycle access only, in a u-turn from their previous stance.

This new application indicates that the development will no longer require to drive out to a public road by going through the Varney estate along Hugh Russell Place and Viewforth Place onto Kirkliston Road.

New home owners will, if this application is approved, be allowed to use the road from Ferrymuir Gait to the roundabout past the Shell garage for vehicular traffic, as well as a vehicular access along Henry Ross Place onto The Loan. This is a major change on the part of Transport Scotland and reflects a legal agreement between them and Ambassador Homes which was confirmed by the developer’s agents, Ryden.

Previously, Transport Scotland said that they would not allow the development to use the roadway, given that they use it for gritting lorries and other heavy traffic. There used to be a motel on the site which had used Ferrymuir Gait as a public access route. Transport Scotland have their main office overlooking the Forth Road Bridge on Ferrymuir Gait. This is the place that Transport Ministers are usually seen on TV during adverse weather.

Hamish Campbell,Chairman of the Varney Residents Association, welcomed the news. He said: “At last sense has prevailed. I feel sure that the large majority of residents of the new development will use Ferrymuir Gait and not the narrow streets and tight junctions of the Varney Estate and the difficulty of accessing Kirkliston Road.

“It is not ideal, but at least it seems finally that accesss through Ferrymuir Gait has been appeoved.”

Mr Campbell also explained the many problems encountered over the years.

He said that when Transport Scotland got in the way of allowing access, residents had to raise almost £5,000 to fight the issue. The planners appeared to ignore their own guidance about the number of homes using one access, and then the residents found that their title deeds had been wrongly reproduced on the Registers of Scotland mapping system. The legal advice the residents received was that their ransom strip had disappeared when the system was digitised and the developers claimed the ground. All the affected residents applied for rectification of the Land Register but this claim was dismissed.

A tribunal was not an option owing to the possibility of high expenses claims. The legal and other professional advice had already cost nearly £10,000 with a significant portion of the costs met by Chris Walker of Muirhall Energy.

Foysol Choudhury MSP who met with the local residents recently wrote to Graham Dey, Transport Minister, about the developer’s plans.

Mr Choudhury was delighted to hear this latest news, and said: “Congratulations to the residents and elected members in achieving access by Ferrymuir Gait to the new housing development in South Queensferry.

“I have written to the Transport Minister to get assurances that Transport Scotland are now allowing access, and will work with residents, elected members, the developer and Planning to protect the environment and active travel policies.”