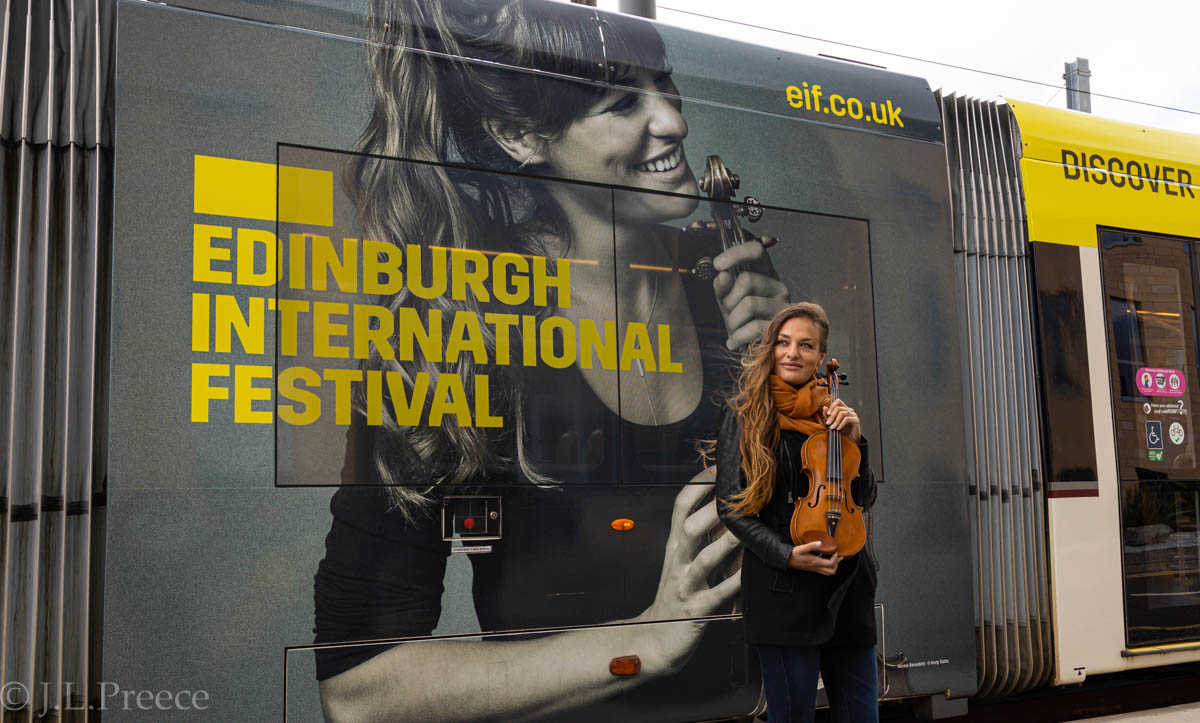 The 2021 Edinburgh International Festival has drawn to a close following 170 live performances in bespoke outdoor venues and iconic theatres across the city. This return to live performance marked a significant turning point for Scotland’s cultural sector by providing a platform for artists to return to festival stages after an absence of almost two years.

The world’s leading performing arts festival welcomed 988 artists of 25 nationalities throughout August, bringing internationally renowned conductors and soloists to Edinburgh and celebrating the artistic riches of Scotland and the UK.

The majority of the International Festival was staged in three temporary outdoor pavilions designed especially for live performance and with a focus on audience safety. Situated at Edinburgh Park, Edinburgh Academy Junior School and the University of Edinburgh’s Old College Quad, the outdoor venues ensured the safety of up to 3,376 audience members per day, with measures including shorter performances with no intervals, two-metre physical distancing, regular cleaning and contactless ticketing.

As part of the Gateway process, International Festival organisers worked closely with representatives from Scottish Government, City of Edinburgh Council and EventScotland, from planning to delivery, to ensure the safety and wellbeing of audience members, artists and staff.

Over 51,200 tickets to live performances were sold during the three-week festival, with over 350,000 viewers joining online from 50 countries, including Australia, Canada, Germany, Japan and the USA. Viewers tuned in to watch full length, free performances via Edinburgh International Festival At Home with abrdn on the Festival website, as well as selected excerpts on Festival media partner Classic FM’s Facebook page and on the International Festival’s social media platforms.

Although ticket availability was reduced by 63% compared to 2019, over 8,700 tickets were discounted as concessions, given to community groups or allocated to young people studying music as part of the Young Musician’s Passport scheme. Audience demand was high, with 64% of performances selling out completely. Local audiences embraced the return to live performance, with 60% of bookers coming from Edinburgh and the surrounding areas. 18% of audience members were from the rest of Scotland and 17% from the rest of the UK.

The International Festival worked with 3,096 children, young people and community members on projects throughout August. The Festival Favours initiative, which sees 30 organised groups granted an artistic experience from an artist or creative individual, continues into September. Festival Favours gifted so far have included a movement workshop for Oxgangs Walking Group from Curious Seed; a performance from Shona the Musical Choir for dementia choir Forget Me Notes; and a creative writing workshop for Health All Around in Saughton Park from Wana Udobang.

Fergus Linehan, Festival Director at Edinburgh International Festival said: “The success of the 2021 International Festival can be measured in the joy of audiences attending live performance once again, artists returning to the stage and giving exceptional performances in unfamiliar settings, the seamless experience of our outdoor venues, our beloved theatres opening their doors once more and the engagement of communities right across the city from Moredun to South Gyle.

“We even enjoyed good weather that added to the collective delight and good humour that seemed to pervade every performance.

“We commissioned new work by companies from Brazil, South Africa and Lebanon, presented world premieres from Enda Walsh, Anna Clyne and Ayanna Witter-Johnson and worked with Scottish companies including the National Theatre of Scotland, the Royal Scottish National Orchestra, Curious Seed and the Dundee Rep.

“We are grateful to our audiences who cheered us on throughout the past 18 months and returned to our venues in healthy numbers, and also to those who joined us digitally from around the world. We are privileged to be able to innovate in the way that we have done to make this Festival a reality.

“The return to live performance was carefully planned with the Scottish Government, City of Edinburgh Council and EventScotland through the Gateway process and with the support of our donors, stakeholders, audience members and of course our Trustees.

“We salute our sister festivals for their innovation and creativity. Together we hope we gave Edinburgh a festival season to remember.”

Visit eif.co.uk/at-home for further information about Edinburgh International Festival At Home with abrdn.