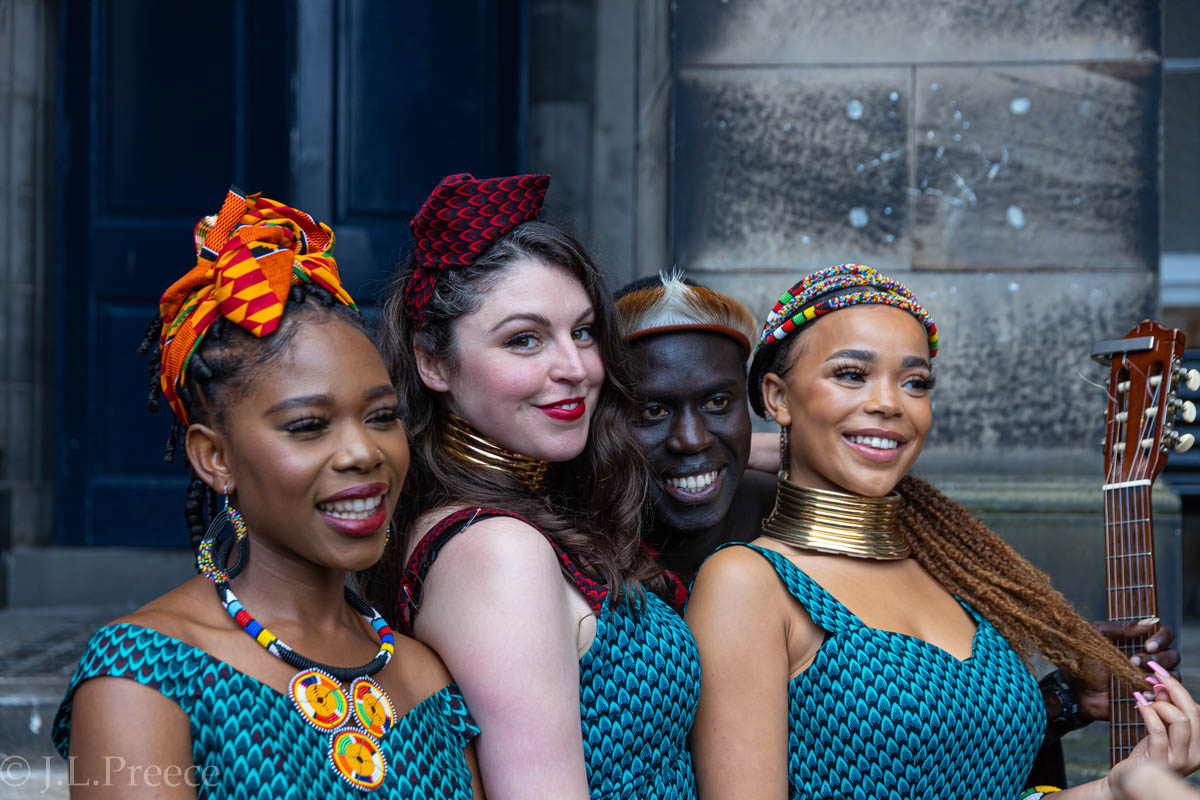 From Saturday Edinburgh International Festival returns with live performance in the Scottish capital from 7–29 August. The programme includes a diverse programme of UK and international artists.

With more than 170 classical and contemporary music, theatre, opera, dance and spoken word performances, and 15 new commissions and premieres, this is a wide-ranging programme notwithstanding the pandemic. The only casualty so far has been the three night opening event which would have been staged by a French company. Sadly they could not travel without quarantine and that was cancelled a few weeks ago. But there remains a lot to see and hear and Fergus Linehan the Festival Director admitted he had thought they would lose more of the programme. We were invited to see the inside of the pavilion which has been set up in the Old College Quad where Shona the Musical Choir wowed all the press with their energetic singing.

And on a morning when rain was threatening to dampen everyone’s spirits, the outlook remains bright, and the pavilions are showing themselves to be resistant to the weather.

Fergus Linehan said: “We have never used these pavilions before so we have been looking this morning to see if there is any rain coming in, but there’s not. It is working brilliantly.

“The Fringe is exploding, at the moment, we are delighted that the Film Festival has come into August as well, we have a great book festival and of course there is a huge online presence this year across all the festivals. What will be interesting is yes there are people coming through the doors, but there will also be a huge online audience. So maybe between the two we will still be biggest arts festival in the world, but in a slightly different way.”

Audience safety is central to the planning of the 2021 Festival, with measures including the outdoor venues at Edinburgh Park, Edinburgh Academy Junior School and the Old College Quad, social distancing, shorter performances with no intervals, audience members seated in bubbles and, in a first for the International Festival, online access to 18 free full-length performances.

Fergus said: “Today is a hugely important moment for audiences, artists, and all Edinburgh’s summer festivals. Over the coming weeks an incredible selection of performers from across the UK and around the world prepare to take the stage in our cherished venues and our beautiful new outdoor pavilions. We are thrilled to, once again, bring the city to life.

“I want to express my gratitude to all those who have shown loyalty and commitment to the idea of the International Festival – that the arts are a universal force for good that enrich us personally, as members of our community and as global citizens.”

The BBC Symphony Orchestra conducted by Dalia Stasevska begins the festival on Saturday 7 August. On the same evening the world premiere of Enda Walsh’s Medicine from the award-winning Landmark Productions and Galway International Arts Festival, presented in association with The Traverse takes place.

On Sunday 8 August Scottish Opera makes its return with its new production of Falstaff by Glasgow-born director and designer Sir David McVicar, adapted from the outdoor version.

As part of the International Festival’s ongoing commitment to accessibility, the 2021 programme includes audio described, captioned and British Sign Language interpreted performances and free tickets to classical music concerts for 200 young people. Audiences under the age of 26 can enjoy £8 tickets on the day of selected performances; visit eif.co.uk/booking-information/8-on-the-day to find out which performances are included in this offer.

At the media launch Shona the Musical Choir entertained, reminding us perhaps of the power of music, and the power of live music listened to in the company of others.

Shona the Musical Choir is a Scottish/African choir based in Edinburgh, presenting original songs from Shona the Musical, a cross-cultural love story that transcends racial barriers. Members are drawn from a variety of backgrounds from the Scottish African diaspora, as well as local Scots who have an affinity for African culture. The choir’s unique songs bring alive the vibrancy, splendour and joyous harmonies of Africa, with an eclectic western twist. Book tickets for their show here.