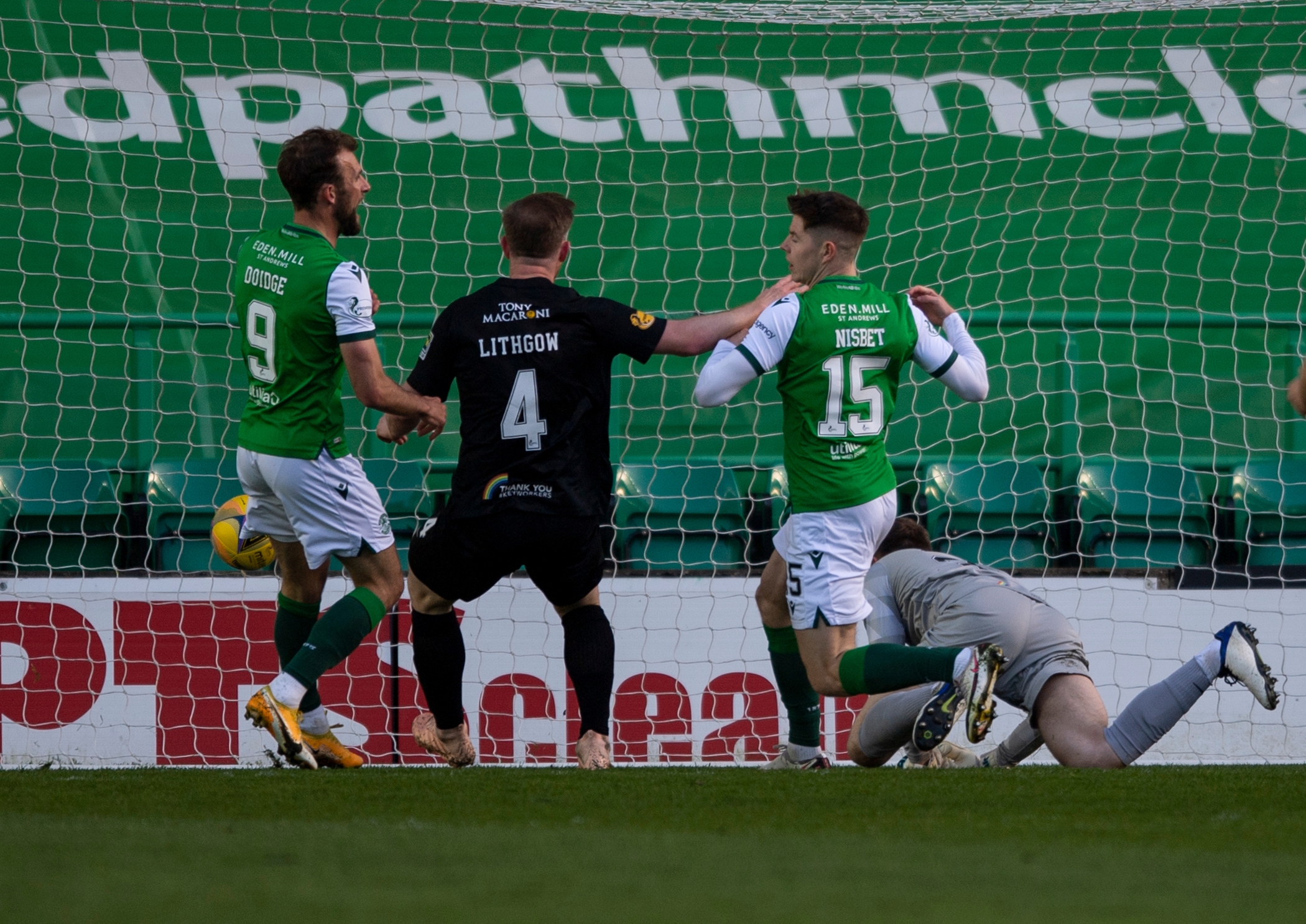 Kevin Nisbet managed a nine-day summer break between international duty in the European Championships and pre-season training at the Hibernian training Centre.

Whether the striker is still a Hibs’ player by the time you read this is anyone’s guess but even if his Easter Road tenure is only a year, he has made a lasting impression on the fans who never saw him play live.

After scoring an impressive 18 goals in all competitions for Hibs last season he broke into the Scotland senior squad in March 2021 and retained his place for the Euros.

When he came on as a late substitute against the Czech Republic, he became the first Hibs’ player to play for Scotland in a major tournament since the legendry John Blackley in 1974.

Prior to the tournament, the striker became the latest in a long list of Hibs’ players who have scored for Scotland when he netted in a warm-up game against the Netherlands.

“I just got myself in the box, in a good position, and when you have players like Andy Robertson and Kieran Tierney, then they’ll find you. Robbo did and I stuck it away.

“I think it just felt like another goal to be fair, I’ve been used to scoring goals over the past few seasons.

“I turned my phone on and it blew up, then I realised how big of an achievement it was. It was my first Scotland goal and I hope there’s more to come.”

One of his Euro appearances was at Wembley Stadium against England, where Scotland went on to earn a very impressive draw.

“It was massive,” he continued: “I don’t think you get a bigger game than Scotland vs England.

“Down at Wembley the odds were against us, so to go and put in a performance like that was incredible and we got a well-deserved draw. We had chances to win the game too.

“I think the biggest difference was belief, in the first game it didn’t go our way, we had chances but they scored two great goals.

“At Wembley we played with a lot of belief, played good football and put England on the back foot at times. We took confidence from the first half performance into the second half.”