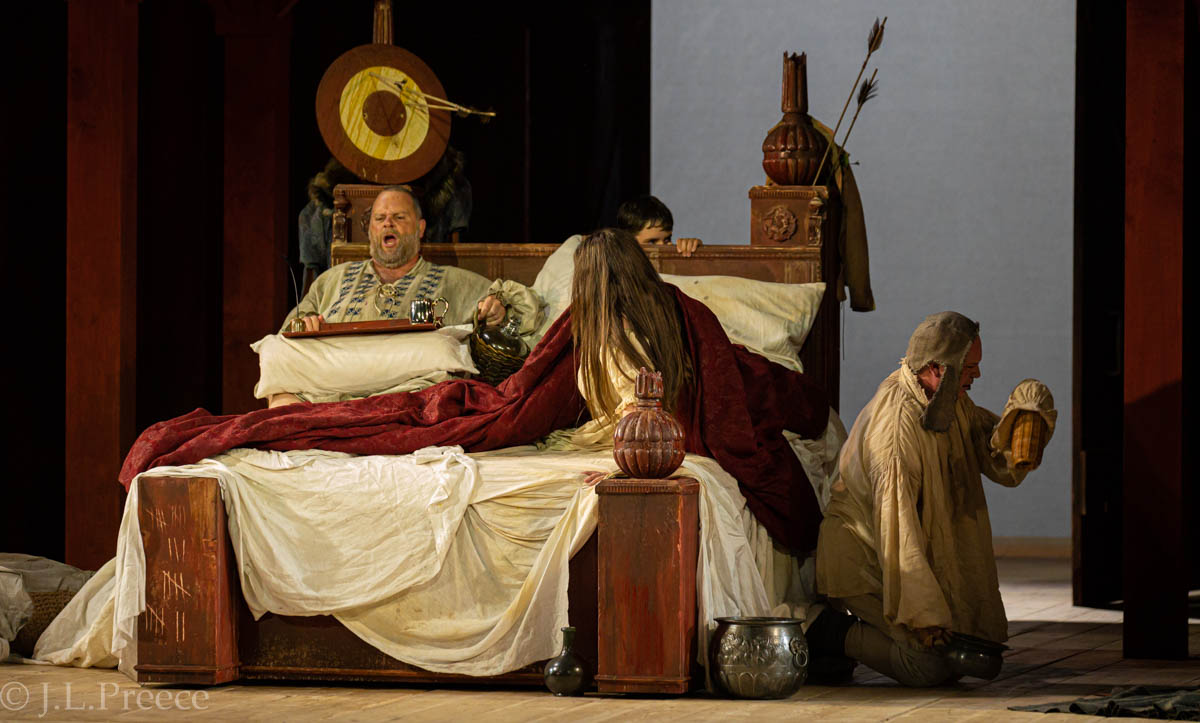 Freeloader, past-it playboy, incorrigible rake, – Sir John Falstaff needs a ruse so that he can continue his life of excess. He decides to try his luck with two of Windsor’s upstanding married women, writing them identical love letters in the hope of seducing them – and of bagging some cash from their rich husbands.

But sly Alice Ford and shrewd Meg Page quickly spot his scheme and resolve to teach the drunken rogue a lesson he won’t quickly forget.

Adapted from Shakespeareʼs ‘The Merry Wives of Windsor’, Verdi’s final opera ‘Falstaff’ – written when he was nearing 80 – is a fast-paced, life-affirming comedy; a boisterous send-up of larger-than-life excess, but also an affectionate celebration of the irrepressibility of the human spirit.

Scottish Opera returns to the International Festival with a new production by Glasgow-born director Sir David McVicar, specially adapted from the outdoor presentation.

His new staging gets to the bones of Falstaff, balancing the laugh-out-loud moments with a poignant tale of a childlike man who has outlived his own time – full of experience and regret, but ultimately a glorious celebration of life itself.

Giuseppe Verdi’s operatic comedy Falstaff is directed and designed by Sir David McVicar and conducted by Stuart Stratford and this production will be Scottish Opera’s first indoor performance for a live audience in 18 months.

Further details of the performance and ticketing can be found at https://www.eif.co.uk/events/falstaff