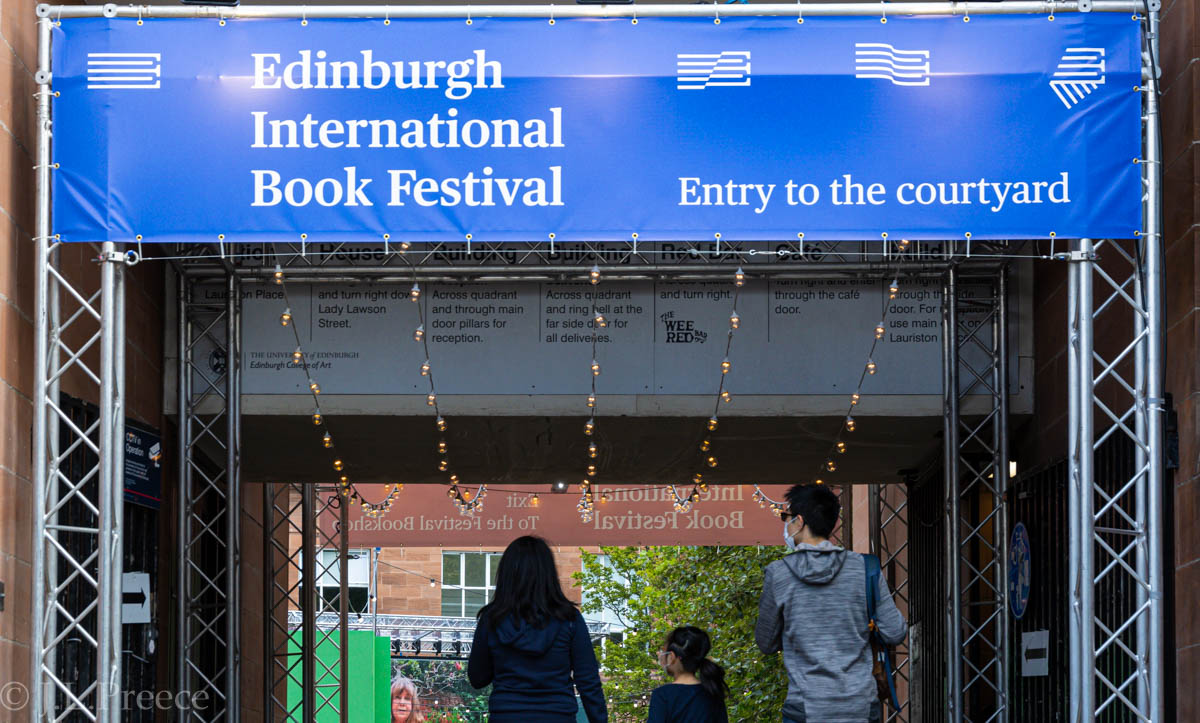 This year’s EIBF galleries will be somewhat lacking in comparison to days of yore. Arrangements for the Festival were put in place before various Government announcements and also had to take into consideration the concerns of the invited authors and the fact that it is only on for two weeks rather than the usual three-and-a-bit.

Thus, the appearances in front of the cameras will be much reduced this time, with most shoots catering for two or more sitters, with the odd lone author and the even odder group set. C’est la vie…