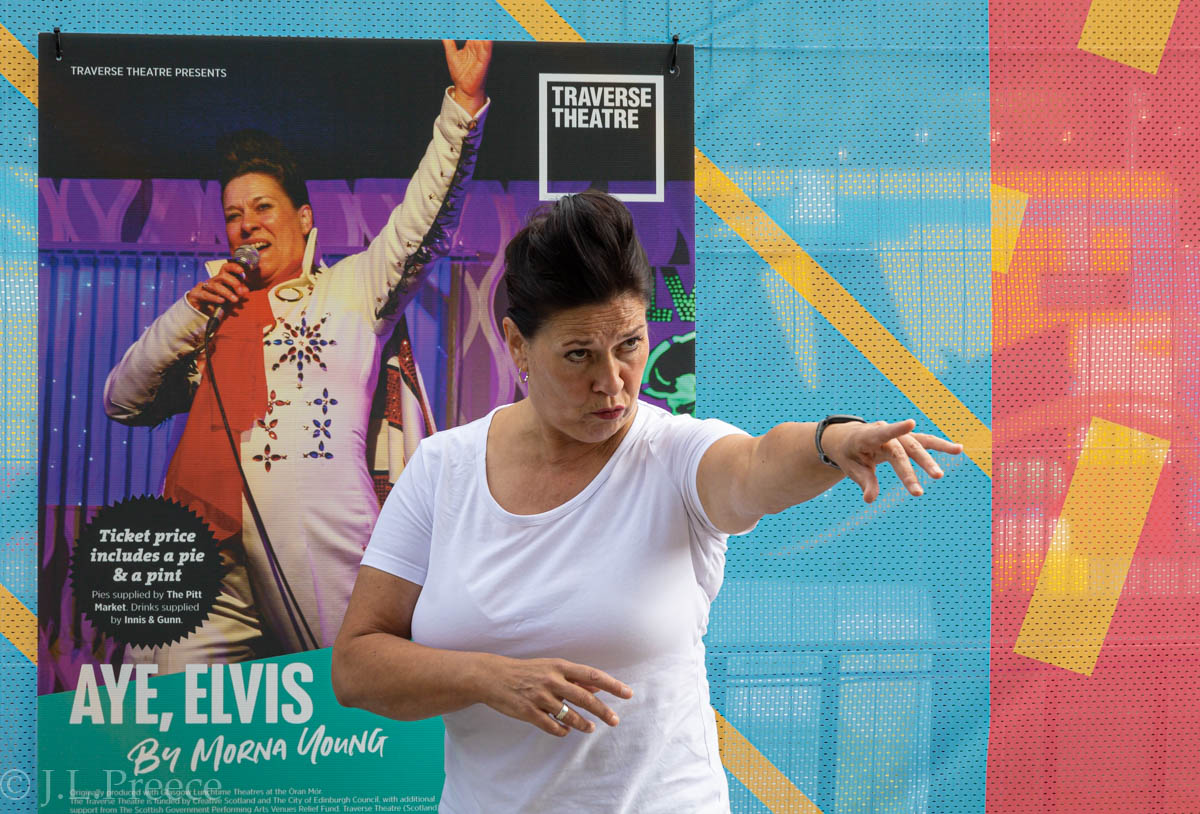 The Traverse will be presenting three productions at Edinburgh’s newest Festival venue, MultiStory, including two ‘A Play, A Pie and A Pint’ shows which will play on alternate days.

Starring Joyce Falconer, A Play, A Pie and A Pint – Aye, Elvis by Morna Young returns to Edinburgh by popular demand from Fri 6 August at 12.30pm. On sale now.

Joan is an amateur Elvis impersonator with big dreams. And she’s got the outfit. With the regional heat of Ultimate Elvis coming soon, Joan knows there’s work to do. But Joan has The King inside – and The King always wins. Will Joan find her way to Graceland, to love and to riches? Aye, Elvis is an alternative love story about escapism, identity and a Doric Elvis.

A Play, A Pie and A Pint – Chic Murray: A Funny Place for a Window by Stuart Hepburn plays from Sat 7 August at 12.30pm following a sell-out run of performances at the Traverse in 2019. On sale now.

The “Comedian’s Comedian” Chic Murray passed away in Edinburgh on the night of the 29th of January, 1985. In a career that had taken him from an engineer’s apprenticeship in Kincaid’s Shipyard, Greenock, to the top of the bill at The London Palladium, Chic was a complete one-off.

On what is his last day on this earth, Chic takes a musical look back at the ups and downs, triumphs and tragedies of his glittering, but tragically flawed career.