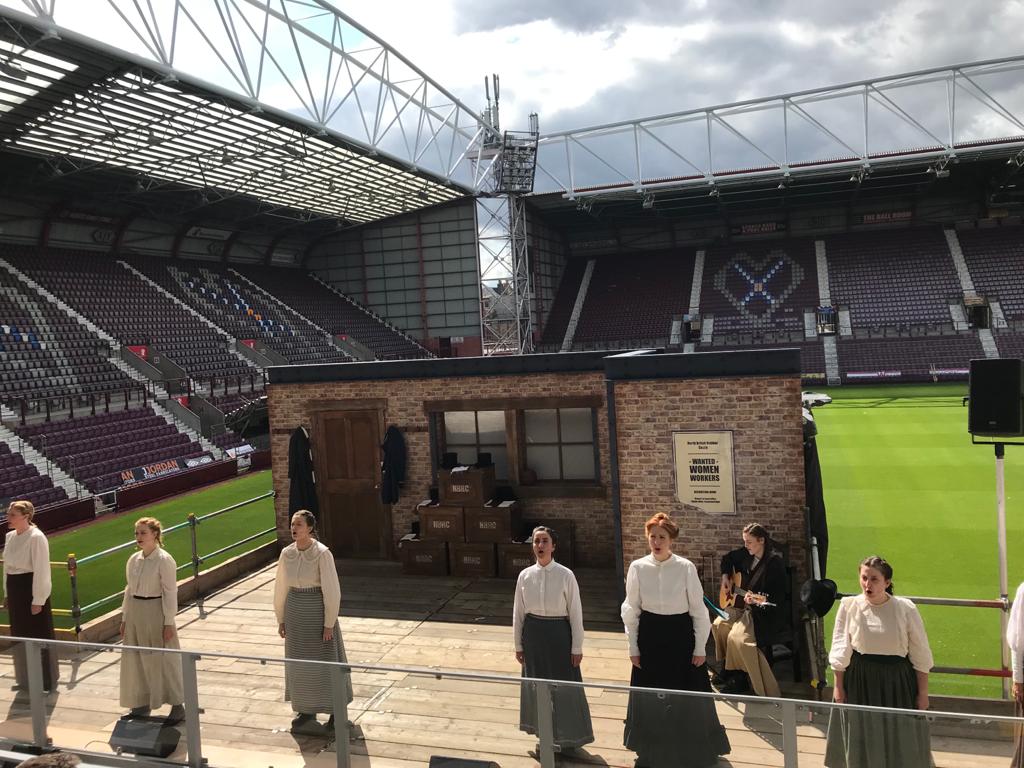 A War of Two Halves was one of the most talked-about shows at the Fringe in 2018 and 2019 and rightly so.

The producers have returned in 2021 with Sweet F.A a football narrative that blends music and theatre to tell the largely unknown history of the women’s game in Scotland. It felt good to be in a stadium again in the warm Edinburgh sun, something many of us have not experienced for some time.

The folk music and female vocal harmonies composed by Matthew Brown are immediately arresting on the ear and reminiscent of the soundtrack to cult classic The Wicker Man but comparisons with the film end there.

Written by Paul Beeson & Tim Barrow, Sweet F.A tells the story of woman working in the factories while their men; husbands, brothers and fathers, are fighting in the First World War. To raise funds and morale they form football teams, in this case the North British Rubber Company’s women’s team.

The level of misogyny from the authorities lasted until the early 1970s and adds another thread to Scotland’s shame. Prejudice in favour of “the Old Firm” is well covered and while this is well known, the anti-Celtic and Rangers theme begins to feel laboured, as do some modern-day concerns shoehorned into the script which could do with a trim.

That aside, the story, acting and musicianship provide one of the most colourful and arresting experiences at the Fringe this year. It comes from a talented team carrying on the Scottish tradition of telling stories in danger of being forgotten.