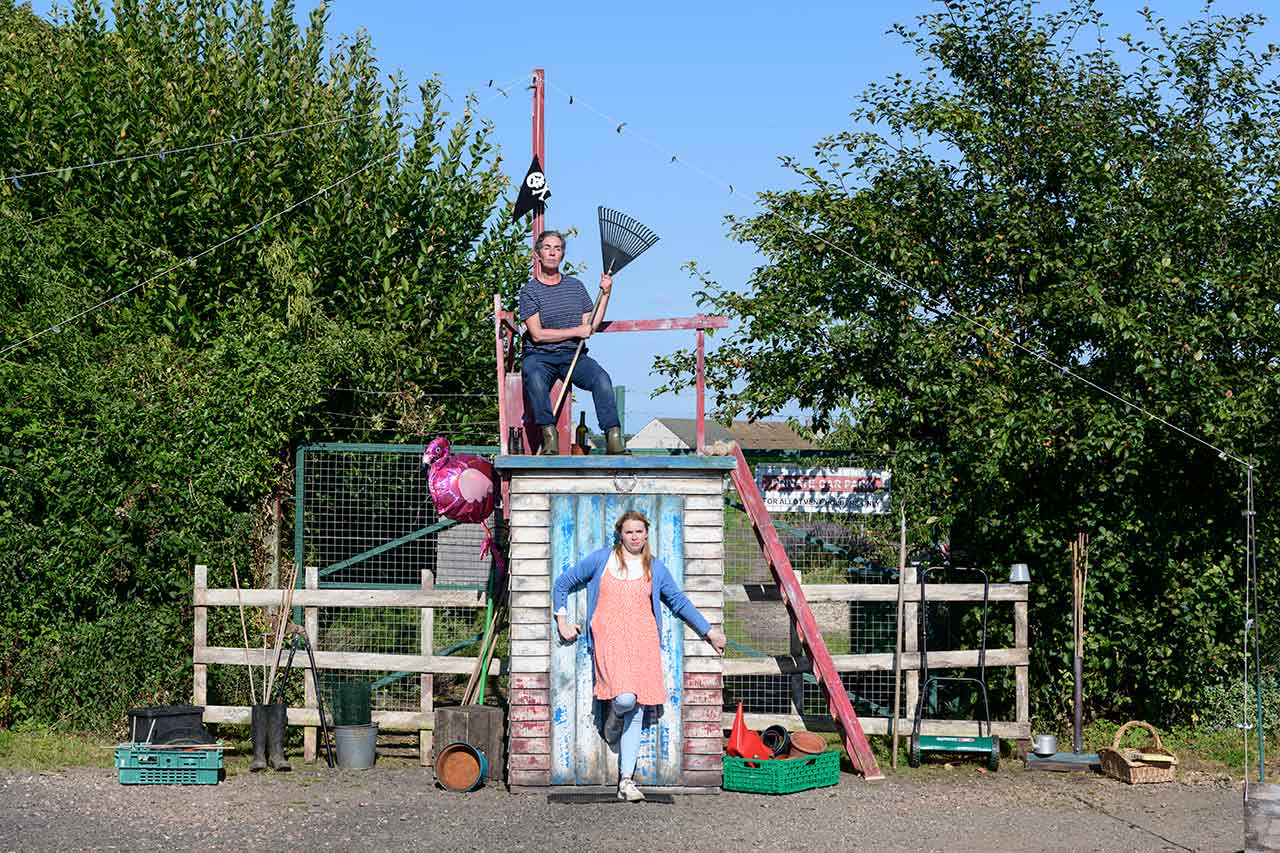 We join sisters Dora and Maddy described as “chalk and chips” in their Midlothian allotment arguing and fighting as children, teenagers and adults.

One sister is over-protective of the other leaving Maddy played by Nicola Jo Cullen to feel restricted and always at odds with her elder sibling. Gowan Calder as Dora performs a memorable version of Blondie’s Tide Is High summing how pop music in the late 70s and early 80s was about more than just a chart hit.

Old buried artefacts in the allotment such as an old teddy bear and doll represent a buried past and there are several unanswered questions and no tidy ending to the story.

As the seasons change the allotment provides an ever-reliable crop of potatoes, one of the few perks, as Dora suggests for “a ridiculous amount of effort”. But of course, that’s not the point of time spent in this space.

It’s close to a sold-out event on a hot August afternoon as butterflies and bird-song add an extra dynamic to the general ambience. On a day like this the area and venue lack amenities, with nowhere to buy a cuppa or use the facilities this feels like a missed opportunity.

But that aside this is a well-written and excellently acted play that draws you in gently and leaves you ruminating on long after the event.