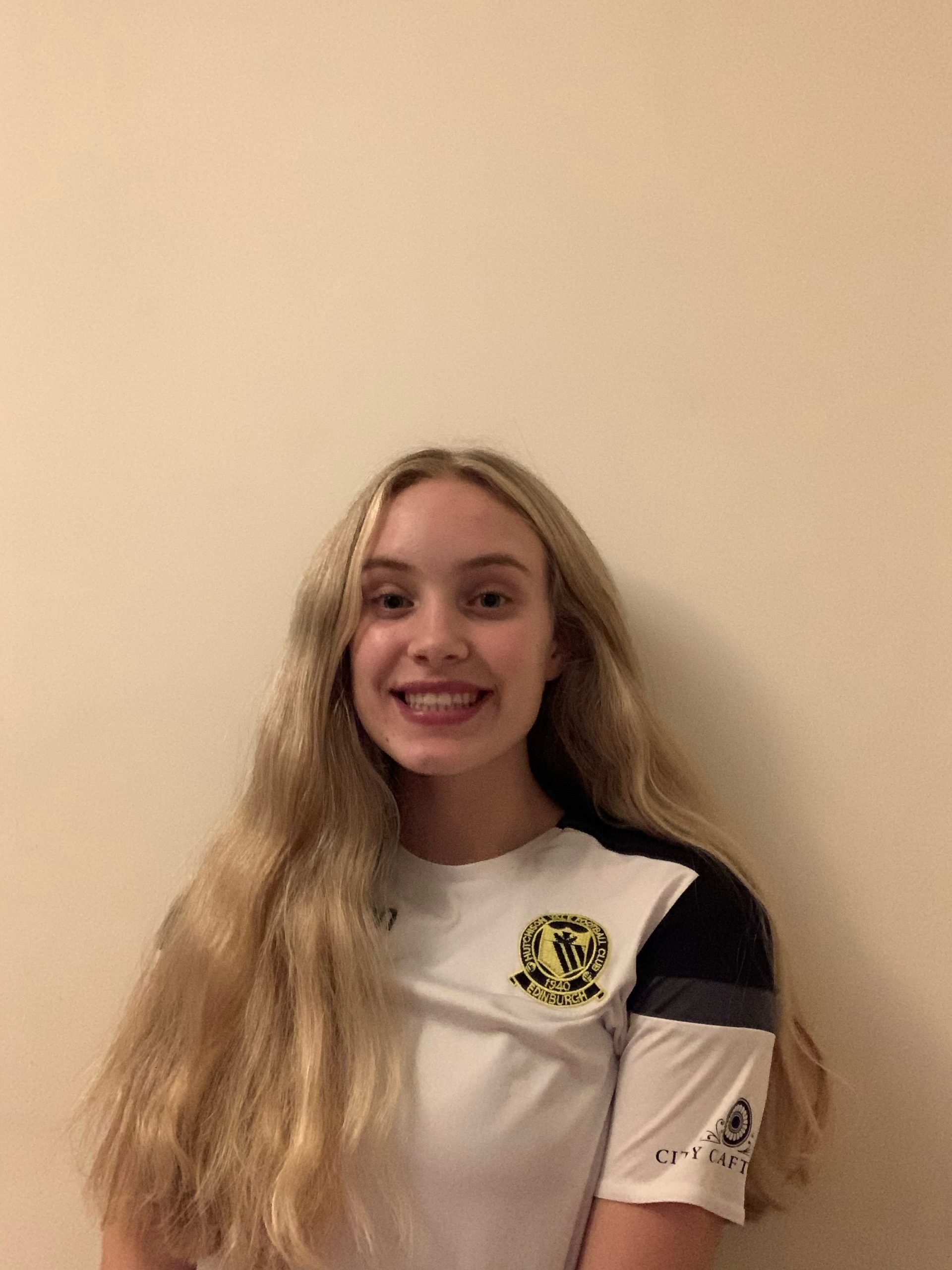 Jess Davies who is a member of Young People’s Sport Panel (YPSP) says people in Edinburgh should stay active to help their mental wellbeing as part of a national “Feel Your Personal Best” campaign.

Jess, who plays for Hutchison Vale Football Club and volunteers with an after-school organisation called Earth Calling which aims to help young people find a love for being outside in nature, has been a member of sportscotland’s YPSP since November. ‘Feel You Personal Best’ is a partnership between sportscotland and SAMH (Scottish Association for Mental Health) and has been backed by Olympic legend Sir Chris Hoy.

The campaign’s launch in June follows publication of new research which revealed that 60% of Scots who were active throughout the pandemic said it had a positive impact on their wellbeing. The research, conducted by ScotPulse, to support the launch of the campaign revealed that:

Jess enjoys dance, netball, skiing and snowboarding, and said: “Sport and physical activity isn’t just good for making you physically stronger, the number of mental benefits is incredible. Any form of exercise will release endorphins that will lift your mood as well as relieving stress, it helps to clear your mind.

“It’s so important to have some sort of routine during this time as it clears your head and structures the day, which I find helps me to be more productive and keeps me motivated.”

Chief Executive of sportscotland, Stewart Harris, said: “Clearly everyone in Scotland and beyond has experienced very difficult circumstances over the past 15 months. Looking after our own physical and mental wellbeing has been challenging during that time but there is light at the end of the tunnel.

“Keeping the body and mind active is crucial to our overall health and we hope the Feel Your Personal Best campaign will give people across Scotland a platform to get out and do whatever sport or physical activity helps them to feel better.

“I am delighted that the campaign is being backed by the Young People’s Sport Panel – a programme we are very proud of and one which wouldn’t be possible without the support of The National Lottery and lottery players.”

Chief Executive of SAMH, Billy Watson, added: “The pandemic has been, and continues to be, a hugely challenging time for us all, and the mental health and wellbeing of the entire nation has suffered.

“However we also know that lots of people found being active to be a great coping mechanism; and it’s really important to remember that as restrictions start to ease. You might choose to go for a daily walk, meet friends for a cycle, take up yoga, or even try out a new team sport – whatever it is that makes you Feel Your Personal Best. We hope this new campaign will inspire even more people to get moving for their mental health.”

The YPSP is currently in its fifth two-year cycle and the 20-strong group have already started work to help ensure the voice of young people is part of the sporting conversation across Scotland, in an initiative led by sportscotland and supported by Young Scot, It is crucial to the National Lottery funded programme that young people are heard and have the opportunity to influence decision making and drive change across the sporting system.