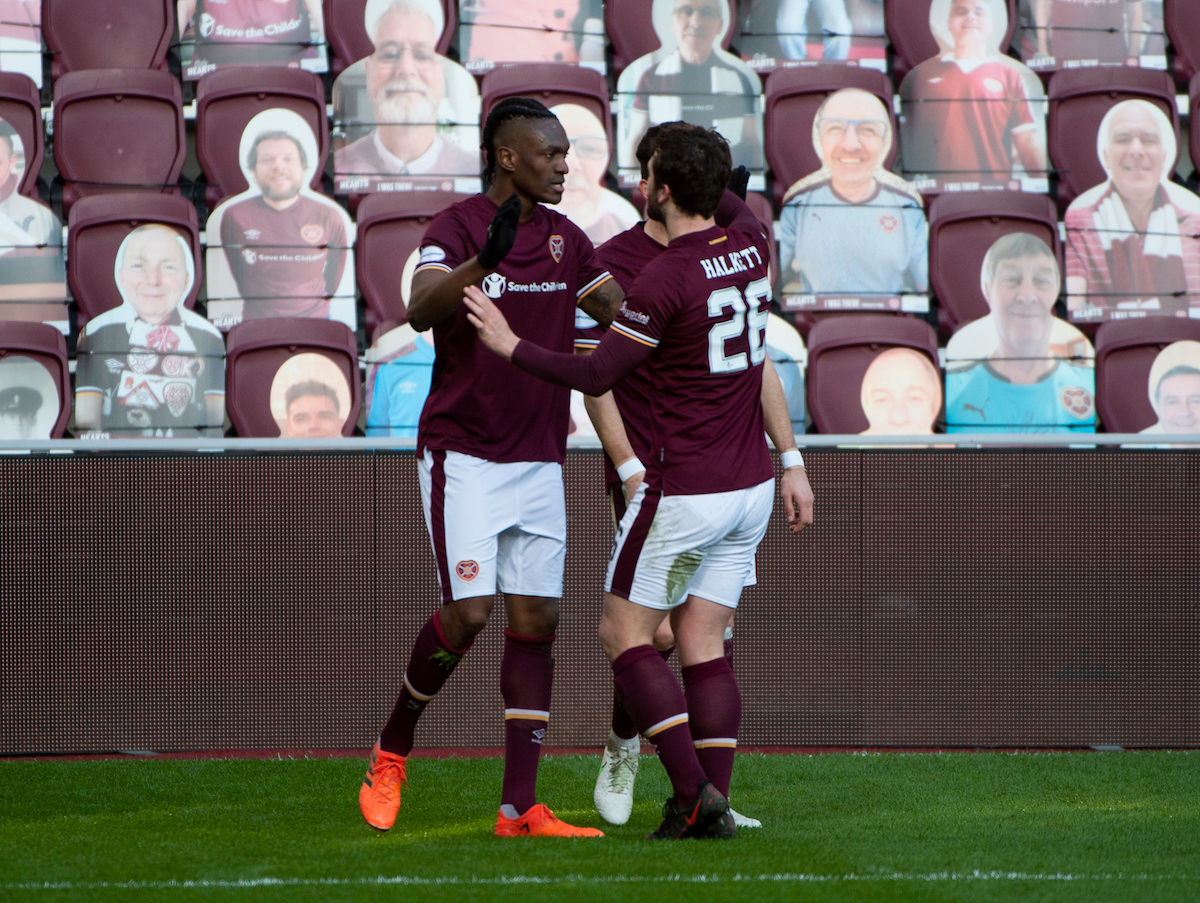 Armand Gnanduillet, Stephen Kingsley, Craig Gordon and Josh Ginnelly were all absent from Saturday’s matchday squad and Neilson updated press and fans by confirming they are all available to play on Tuesday.

Neilson said: “Armand’s back in, along with Kingsley, Gordon and Gino, those three were just rested on Saturday, but Armand was working on his fitness, so it’s good to get him back, he’ll add a bit more quality.”

Hearts have been quiet in the transfer window so far, one man whose services they have secured on a permanent basis is winger Josh Ginnelly.

The 24-year-old spent last season on loan at Hearts from parent club Preston but struggled in Edinburgh with injury difficulties. Ginnelly stayed in Edinburgh to go through his rehab at Hearts’ training complex at the Oriam Performance Centre, is ready to hit the ground running in a season, which Hearts’ boss Neilson believes he has a big part to play in.

Neilson added: “He’s going to make a huge difference for us this season. The key now is keeping him fit. You could see the last season in the short periods that he played the quality that he brings to the team. He’s explosive, he’d dynamic, he’s direct and he creates chances, he’s been the same during pre-season.”

“Gino needs to look after himself now and it’s important we look after him and get him game-time. We brought him in over the summer and we continue to work on him. The sports science department and working really hard and that’s their main aim, to get him as fit as possible.

“He has a responsibility as well though and if he feels anything he needs to let us know straight away, because he’s the type of player that if something in his leg goes then it’s gone. It’s not like a defender where you can pull a muscle and be out for a week, he’s a fast twitch guy so when it goes, he can be out for three months. His body needs to be 100%, he’s not a player we can take risks on.

“He’s got pace and power. If you can get a couple players with that in your team then you’re going to cause teams problems, so hopefully we can keep him as fit as we can.

“We wanted to keep him after the first couple of weeks. I knew right away how good he was; Jo and I both knew him from our time down south. It didn’t look like Preston were going to keep him at that time, so he was the one we thought would come up hopefully enjoy it and it would become a long-term option for us.”

Stirling Albion have been the surprise package of Group A so far. After defeating Cove Rangers at the Balmoral Stadium in game one, they drew 2-2 with Inverness before coming out victorious in the penalty shootout that followed.

Neilson says he is well aware of the quality they possess: “They’re sitting on five points, so they’re clearly a good team. The young boy Flannagan, who we had here has scored a couple goals for them. I know Kevin well, so we’ll go down hoping to win the game, but it’s like pre-season, so you need to work hard and do hard yards, but we know a result gets us through and then we can look ahead to Inverness on Sunday.”

There was no transfer update from the Hearts boss on incomings as fans appear to be becoming increasingly frustrated with the lack of transfer action in Gorgie, Neilson remains calm though, insisting it just takes time at this stage.

Neilson said: “The aim is to get some new signings in for Celtic, but it’s quiet everywhere just now, not a lot of teams are doing business. We’ve still got targets we’re trying to get, but it takes time, we’re not in a position to pay massive money, so we need to get in contact and negotiate.”

In a flurry of second half changes on Saturday Connor Smith, Scott McGill and Leo Watson all impressed off the bench and Neilson put’s it down to the hard graft the players and coaches put in during their time off.

He said: “They’re starting to mature as players, they did really well on Saturday in different positions, they’re getting more physical and obviously coming in early during Summer helped that. Now we need to decide whether we keep them, and they play four games here or loan them out so they can play forty games.

“Even if they do go on loan, they’re still part of the club. Harry Stone for example trains with Partick on Thursday and Friday and then hopefully plays Saturday, but then he’s here with us the rest of the time, so it’s important that they still feel part of the club.”