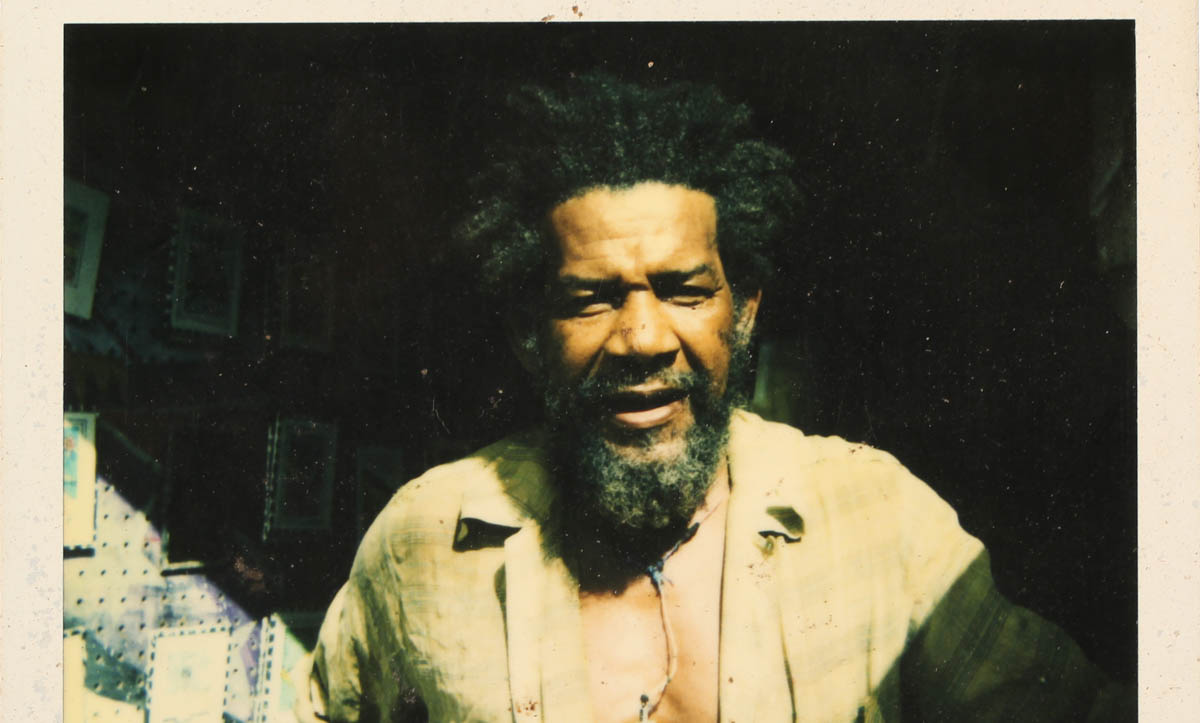 Walter’s work was unknown during his lifetime, but in the decade since his death he has emerged as one of the most distinctive and intriguing Caribbean voices of the last 50 years.

Painted with a rare directness and immediacy, on whatever material came most readily to hand, his works describe a visionary artist – romantically and spiritually inclined in the manner of William Blake or Hilma af Klint – but rooted in the landscape of Antigua, the island of his birth.

His work was the subject of Antigua and Barbuda’s inaugural appearance at the Venice Biennale in 2017, in an exhibition titled Frank Walter: The Last Universal Man, hailed by The New York Times as “the most eye-opening” of all 85 pavilions and which led Hans-Ulrich Obrist to describe him as “a pioneer” author of “an unbelievable body of work, which has not been seen so far.”

A major retrospective of several hundred works was displayed at MMK Museum of Modern Art Frankfurt in 2020, accompanied by a 420-page monograph in which the art historian and chronicler of Walter’s life Barbara Paca notes: “In their completeness as a group, the spool series brings together all the elements of Walter’s universe, with each painting fitting together in dynamic groupings to provide an investigation into the workings of Walter’s mind…

“Walter’s use of a round format is a distinct choice loaded with symbolism… circles represent the cyclical, infinite nature of existence…. To borrow Walter’s words, ‘variety comes with the never-ending music of the spheres’. Throughout his artistic practice, Walter, in effect, is striking the balance between the universe’s larger patterns and the smaller details of lived experience.”