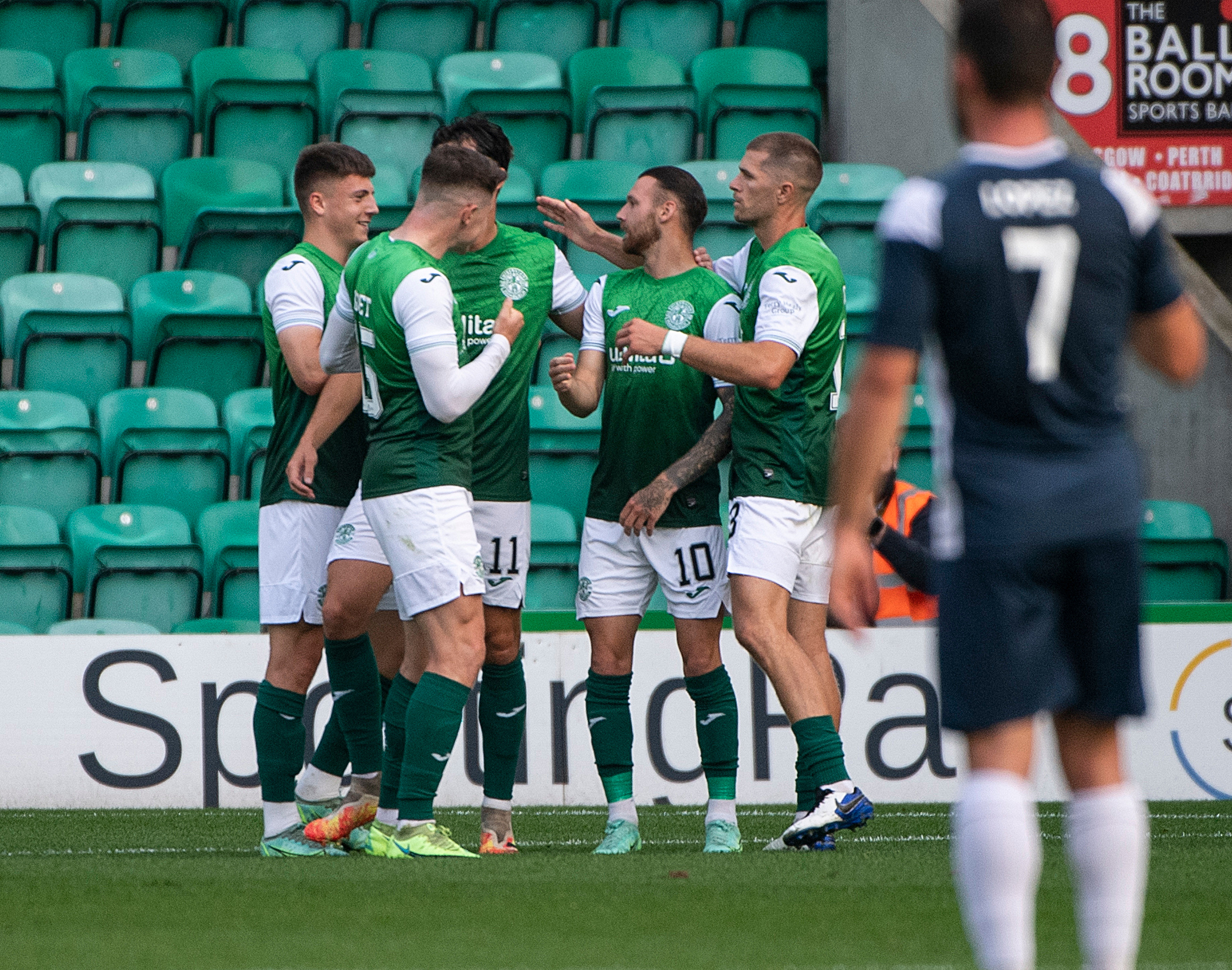 Jack Ross’s men started on the front foot and mounted attack after attack before taking the lead in the 12th minute when goalkeeper Ramos Prada chased after the ball at a corner and clattered into Kevin Nisbet.

Martin Boyle tucked away the resultant penalty and a crocket score looked on the cards.

Everything changed however in the 29th minute when Joe Newell was shown a red card for a reckless challenge inside the Santa Coloma penalty box.

The visitors took advantage of the extra man and twice came close with dangerous crosses from the left, but the Hibs’ defenders stood firm.

Just after the restart, Ryan Porteous intercepted a pass and immediately found Boyle who skipped away from a reckless challenge and fired an angled shot from the edge of the area which took a slight deflection on its way into the bottom corner of the net.

Moments later Paul Hanlon broke from defence and set up Boyle who raced forward but was hauled to the ground by Santos Escolano on the edge of the box and the referee produced a red card for the second time.

Ramos was then booked for the second time for a trip on Nisbet reducing the visitors to nine men.

Porteous squandered two close-range headers before finding the net with a third which was disallowed for no apparent reason.

A powerful Kyle Magennis strike was well saved and the ball fell to Nisbet who calmly slotted the ball into the net but the ‘goal’ was ruled out for offside although it wasn’t clear who the offender was.

Nisbet wrapped things up with none minutes remaining with a wonderful piece of skill,

Alex Gogic almost added a fourth goal but his effort grazed the post,.

Croatians HNK Rijeka are the likely opponents awaiting in the third qualifying round after their 2-0 victory.