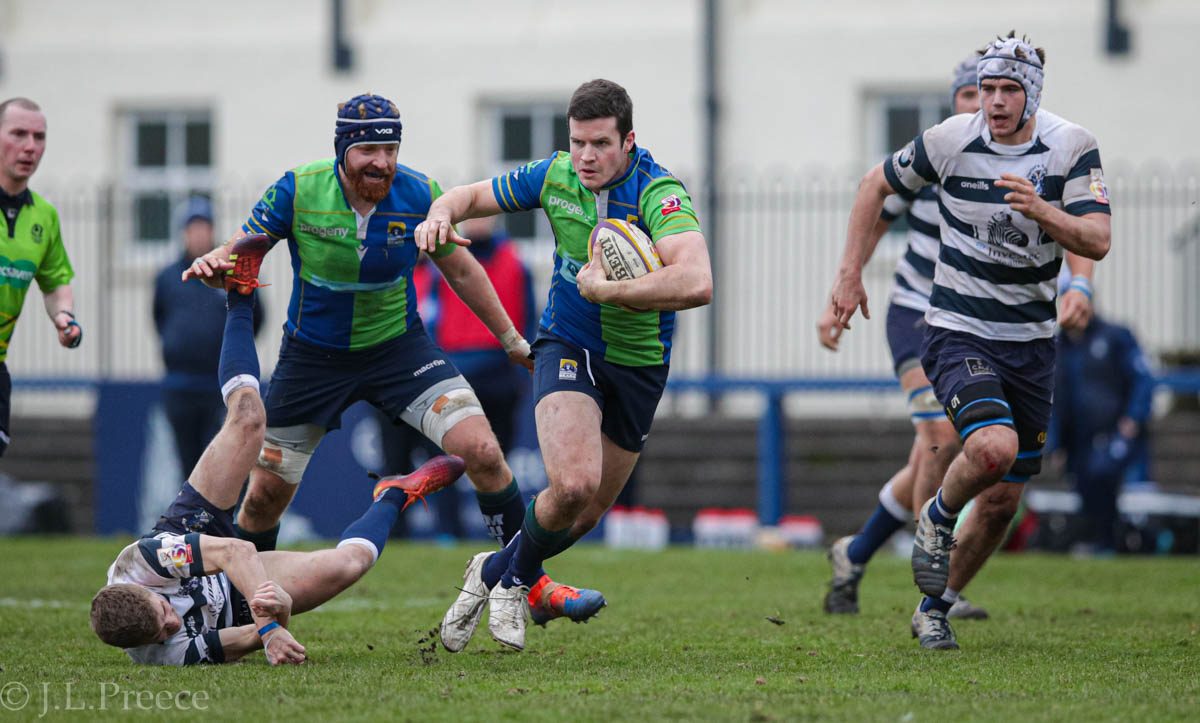 Boroughmuir Bears’ Head Coach, Graham Shiel, has announced his 32-man squad to take part in the second season of the FOSROC Super6.

The Edinburgh team will host the opening game of the 2021 FOSROC Super6 when city rivals Heriot’s Rugby travel to Meggetland on Friday 30 June – kick-off 7.30pm.

Of the 27 players signed by the club themselves, 41% of the Boroughmuir Bears squad have come through Boroughmuir’s club pathway and have previously played senior rugby at the club. The further five players have been aligned to the club as Contracted FOSROC Scottish Rugby Academy players.

The Meggetland outfit have retained 59% of their squad from season one, with nine new faces joining the squad this season.

Shiel has appointed two players to take on the co-captaincy duties this season, Dan Winning and Craig Keddie. Winning is a talented young prop who earned five Scotland U20 caps in 2017, he made his professional rugby debut for Edinburgh Rugby in February 2020.

Backrow Keddie, who hails from Gala, was part of the Boroughmuir team who won the BT Scottish Cup in 2015, he recently supported former Bears captain and teammate Chris Laidlaw in the first of his 12 marathons in 12 months challenge.

He said: “To be asked to be co-captain of the Bears this season is an honour and I’m excited to work alongside Dan in that role. We’re both very passionate about this club and a lot of work has gone on during the lay off to strengthen the Bears set up on and off the field.

“The boys have been training well heading into this second season of FOSROC Super6 rugby. We have proper competition for places and everyone is keen to make some big steps at this level. We can’t wait to get started on Friday night.”

Tom Brown joins the Bears with 12 Scotland 7s caps. In 2019/20 he featured in every leg of the HSBC World Sevens Series. The winger, who holds a private pilot’s licence, has also made one full Scotland international appearance in a 6-9 victory away to Australia in 2012.

Brown’s Scotland 7s teammate Kaleem Barreto has also joined Boroughmuir for the coming season. The scrum-half is a product of Perthshire RFC and Glenalmond College. In November 2017 he made his professional rugby debut for Glasgow Warriors against Ospreys in the Pro14. Barreto has previously played for Stade Nicois, Glasgow Hawks and Marr.

Three of the five Contracted FOSROC Scottish Rugby Academy players have just returned from representing Scotland at the Under-20 Six Nations in Cardiff. Back row Rhys Tait, of Hawick, East Kilbride second row Euan Ferrie (ex-Glasgow Hawks) and Mike Gray (centre) who scored a try in Scotland’s last game of the championship against Wales.

Back row Gregor Brown has already made his professional rugby debut for Glasgow Warriors when he came off the bench in February 2021 against Leinster.

Another Academy prospect who is with the Bears this year is centre Robbie McCallum who scored a superb individual try for Scotland against New Zealand in the 2019 World Rugby Under-20 Championship.

Boroughmuir Bears Head Coach Graham Shiel said: “All six of the teams competing in the FOSROC Super6 this season have had to deal with challenges over the last 18 months. All of the Boroughmuir Bears players have relished the opportunity to get back to training and with round one of the competitive games next up, everyone is excited to be able to return to something like normality.

“We have managed to retain the bulk of the squad from 2019/2020 (59%) along with adding nine new players to the Bears squad. The new players that have joined us have fitted into the squad seamlessly. To have players with high-performance environment experience like Tom Brown and Kaleem Barreto brings a level of professionalism that other players can learn from and help to create a more professional environment for all of the squad to enjoy.

“We’re delighted to be once again hosting the opening game of the tournament. To have Heriot’s come to us for an Edinburgh derby on a Friday night in July will make for a great game for the players and spectators.”