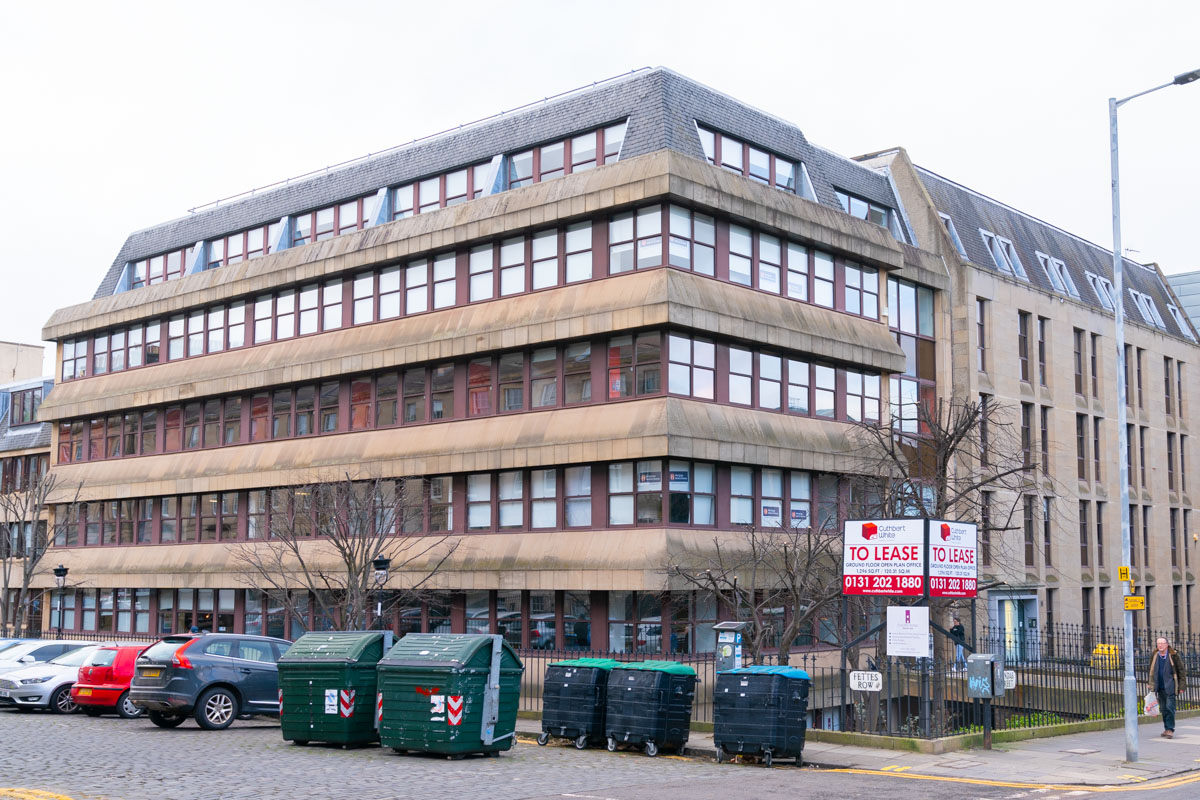 Councillors on the planning committee agreed by a slim majority to refer the decision on a planning application for a large 1980s building in the New Town to a hearing.

The building at the foot of Dundas Street is called Centrum House and BUPA House and is something of an anomaly. It sits 9.5 metres back from the pavement edge and has street trees in front with a basement car park. The owners propose demolishing it and replacing it with around 50 flats, including 25 affordable homes, with 118 cycle parking spaces and reduced car parking.

City centre councillor, Joanna Mowat, said: “This site sits right on the edge of the New Town and needs particular care and attention on our part.” Cllr Hal Osler supported the move to refer the matter to a hearing and said: “This is an important site, and there was a hearing for the site on the other side of the road.”

The planning committee heard that Historic Environment Scotland (HES) do not object to the demolition of the building which with its mansard roof and horizontal lines makes a little contribution to the “built environment”. The building lies between a new development at 120 Dundas Street which sits on the pavement edge with commercial units below and homes above. This building is an “uncharacteristic gap in terms of the historic plan intended for the area”. The historic map which was shown during discussions shows Canonmills Meadows and the Second New Town where the intention was to have terraced homes on Dundas Street with back greens.

In 1893 the building was a carpet cleaning works and by 1944 the site had become Victorian temements built around the turn of the century.

The site immediately opposite is New Town Quarter which will use the site of the former RBS building. The council is “minded to grant” permission for the £250 million development of 350 new homes with offices.

A date for the hearing will be set in due course.