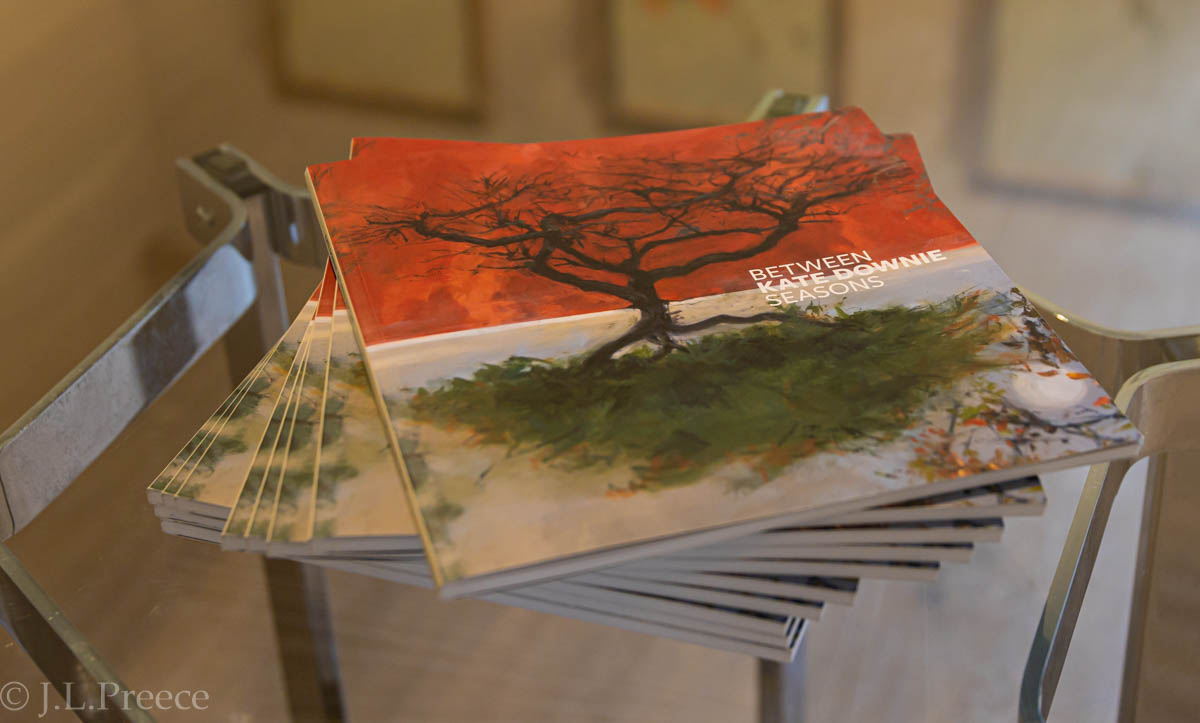 Kate Downie has, like so many artists, been forced to work within the confines of her own home over the last year. Whereas much of her work pre-2020 addressed the infrastructure of human migration in the landscape, the pandemic forced her to cancel her ambitious travel plans and, like everyone, she was forced to remain in one place, observing the cycle of seasons from her home and studio in Fife.

The astonishing new body resulting from this period includes paintings, drawings and prints. A series of ten tree paintings form the heart of this exhibition. Each painting can be viewed through 180 degrees, with bottom and top image transected by a central horizon line, forming a mirror-like reflection. The trees, which Downie has captured at six-month intervals, move forward and backwards in time, existing in a continual state of transition.

Living a life of deferment and postponement where at times she has acted as a carer for her elderly mother has prompted Downie to reflect on how she works. She has had to learn to ‘stay still’ surrounded by village life, nature, mature trees and her wonderful studio. Having spent the last 25 years exploring an artistic vision for both the extremes of a Scottish urban/industrial landscape and Scotland’s coastal ‘edge-scapes’, she is now exploring a more conceptual approach to the secret world of plants and trees over time, and how they impact on our lives.

Downie comments, “We have, all of us, been travelling this past year through time rather than space, so this exhibition is my response to that observed time travel. It began through a series of small collage prints in June last year and has turned into something far bigger: each of these tree-works is like a timepiece, a distorted hourglass with neither top or bottom but a personal horizon of compressed daily activity, set dead centre between the seasons.

“Many of the paintings are created to work either way up; rotated through 180°, the trees switch from summer to winter, early autumn to early spring, and so forth. As far as possible I have studied each one intimately 6 months apart, so they face each other end-on at opposite ends of their cycle”.

Kate Downie was born in North Carolina but raised from the age of 7 in Scotland – her travel and residencies have taken her to the United States, England, Amsterdam and Paris. She is a Landscape painter and her subject matter is often the man-made rather than the natural, but it is defined by good draughtsmanship and a sense of movement.

Downie is one of the most subtle and persuasive colourists of her generation and she will only add to her palette from real experience. This gives her work a truth and authority, a right to transport us to the unfamiliar or provide an urgent reminder of where we have also been.