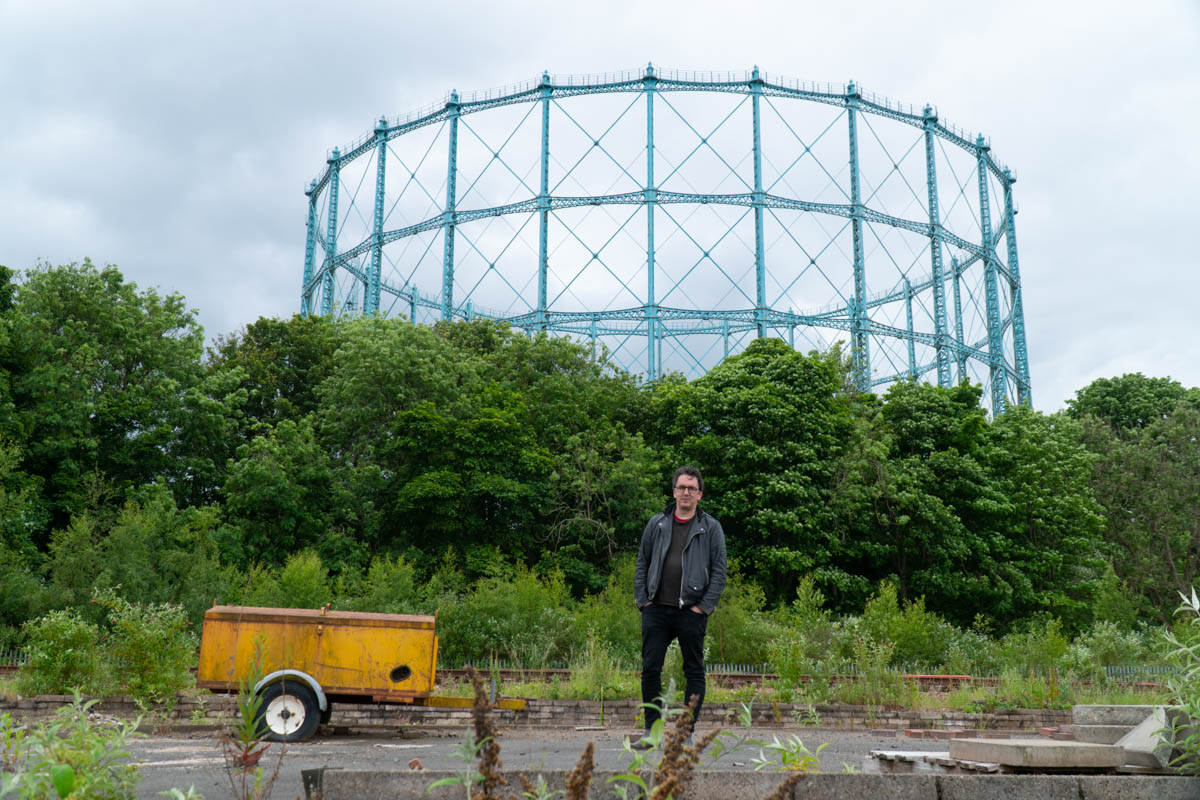 The organisers of Hidden Door festival have announced the first acts in the 2021 music programme.

This year the festival will take place right beside the Granton Gasholder and the headliner will be Scottish indie legend, Pictish Trail, electronic maestro, Rival Consoles, and electro-pop star, Hannah Diamond.

While last year’s festival was cancelled due to the pandemic, the 2021 event takes to the outdoors at the old Granton Gasworks site in North Edinburgh.

Hidden Door began life a long time ago when David Martin organised an art with music show at the Roxy. Then Hidden Door Festival sprang to life in 2014 clearing out the abandoned Market Street vaults which are now small retail units. Doing much the same in the following year at King’s Stables Road they then used the piece de resistance Leith Theatre in 2017, winning VisitScotland’s Thistle Award for the Best Cultural Event.

Other acts which are on the set list for the four day event include afro-funk mega-band Ibibio Sound Machine, and Manchester-based indie band,The Orielles, along with a number of other UK names.

Hidden Door is a multi-arts festival which includes a diverse programme of music, visual art, theatre, dance and spoken word, with a series of creative collaborative projects.

Tickets are available via www.hiddendoorblog.org/tickets or from Citizen Ticket.

The Hidden Door Live shows, where performers were given the opportunity to work together to create something new will form the basis of the creative collaborative projects. They were so successful online that many of the musicians, artists, theatre makers and dancers have been asked to develop the creative collaborations into live performances for this year’s festival.

Esther Swift’s The Call, is an original composition which 20 musicians performed on an Edinburgh beach earlier this year, all socially distanced.

Daily from Wednesday 15 – Sunday 19 September 2021, two stages will be built for live music and other performances, with dynamic lighting on the giant gasholder programmed in time to the music. There is a natural two tier arrangement on the site where construction students from Edinburgh College usually try out different types of work. There is even a short piece of railway line, but sadly it will not be in use during Hidden Door.

David Martin, Creative Director of Hidden Door, said: “It is hugely exciting to be working on this event. We have all sacrificed so much over the last 15 months and so many people have missed that feeling of being together – of sharing the experience of dancing together, of feeling inspired and joyful together. That is what we are doing this for.

“We are putting together a programme that reflects this amazing moment – it is optimistic and upbeat, and full of acts who are just making incredible music right now. Music has been something that has got a lot of people through the lockdowns; but music also has an amazing ability to bring us together, and we have packed as much of it as we possibly can into this programme because there was just so much we wanted to get in there. From afro-funk to hyperpop, indie to electronica, whether you’re already a fan or discovering something new – just come to Granton and dance!”

Listen to our podcast with David here where you will hear about the exciting news that the other parts of the festival may take place in a secret location nearby all under a roof.

Hidden Door are working with Edinburgh College, who have provided access to the West Shore Road site for this year’s festival. The event will also allow students to get involved, gaining inspiration and experience to boost their future careers whether in lighting, photography or events management.

Edinburgh brewer, Innis & Gunn, is sponsoring this year’s festival and will be pouring a selection of their premium beers at pop-up bars on the Granton site where food stalls will also be in abundance.

Scottish indie music legend Pictish Trail (Johnny Lynch) has long been a key player on the independent music scene in Scotland. The Eigg-based frontman will be bringing his full band to kick off our 2021 festival in warm, celebratory style.

Glasgow-based alt pop performer MALKA and Edinburgh songwriter Hamish Hawk, both of whom played as part of Hidden Door’s live shows during the pandemic will also feature.

The night will also include a revamped version of The Call by Esther Swift, an ambitious socially-distanced orchestral piece first performed in March on an Edinburgh beach as part of our Hidden Door Live series.

A night to dance your socks off, with London-based 8-piece afro-funk mega-band Ibibio Sound Machine. Charismatic frontwoman Eno Williams leads the mash-up of African and electronic elements, inspired by everything from West-African funk & disco to modern post-punk & electro.

Getting the party started will be Astrosnax, a five piece jazz fusion band, and singer Jamie Sutherland.

The night will also feature a new creative collaboration between local electronic duo Maranta and artist Chell Young, taking you on a very special journey.

Already signed up for Primavera in 2022, the ultra-cool future-retro pop of Hannah Diamond will bring some true sparkle to Granton. Expect hyperreal visuals and an authentic artistic voice that stands out in the tumult of the modern musical world.

With DJs and music producers, including EASYFUN, keeping the party going between live sets, a special collaboration from electronic alt-pop duo Post Coal Prom Queen, and a performance from electronic outfit Future Get Down, this night is sure to please.

The night’s special feature will be a reprise of visual artist Florence Richardson and electronic composer Daniel Garcia’s collaborative project developed over lockdown, which they are re-making for a live experience… with a few extra surprises thrown in.

Hidden Door is an arts organisation which aims to open up urban spaces as a platform for new and emerging artists, musicians, theatre makers, performers, film makers and poets. Through organising temporary events Hidden Door works to showcase new work and create engaging environments for the public to experience, explore and discover. 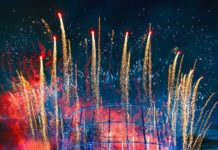