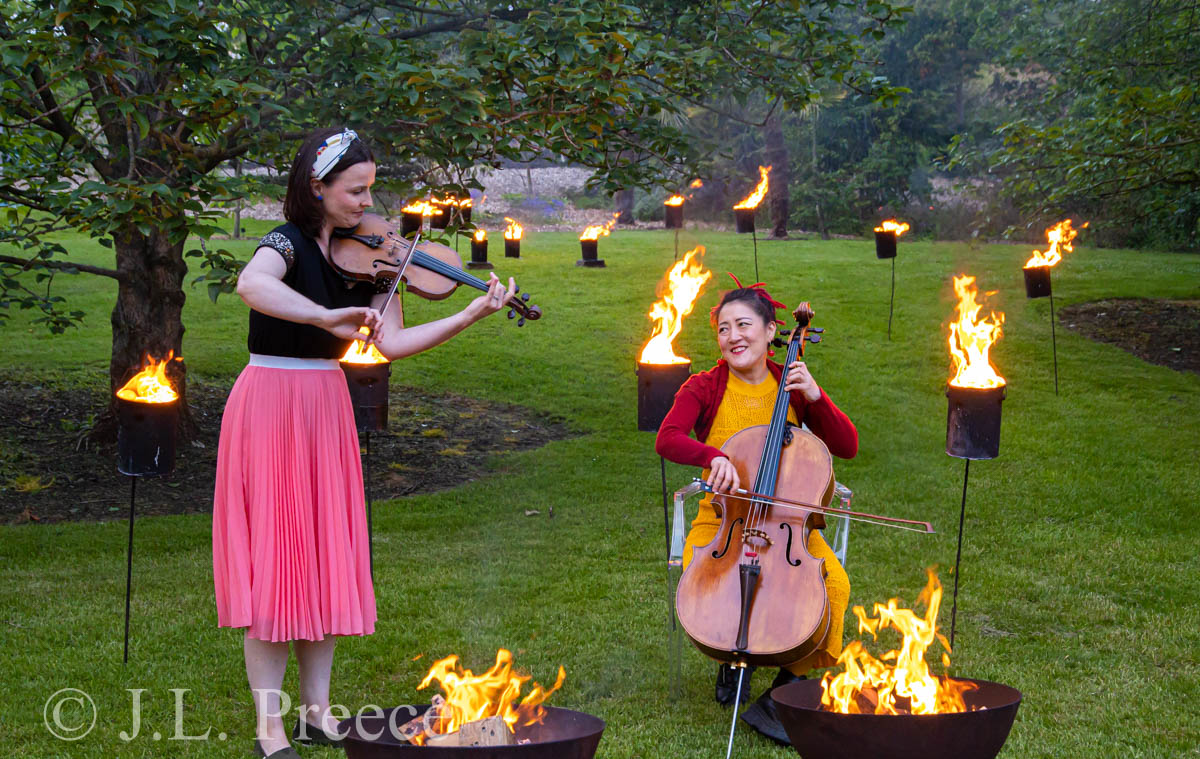 The announcement earlier this year of three outdoor venues which will be used during the Edinburgh International Festival did not really give any clue as to how big the ambitions are, and quite how big this year’s festival will be.

The 2021 programme features over 170 classical and contemporary music, theatre, opera, dance and spoken word performances, including 15 new commissions and premieres. The intention is to pave the way for other organisations to rebuild their own live performance programmes and to re-establish Edinburgh as a global celebration of culture.

The Festival Director, Fergus Linehan, admits that it would be difficult for a commercial organisation to emulate what the Festival is doing, particularly in this year with remaining Covid restrictions. There are still restrictions on the number of seats available at any of the venues and that would make it financially non-viable for a commercial entity. But the festival, with its relatively deep pockets filled by philanthropists and public bodies can, and it is proposing a big event this summer despite whatever restrictions are in place in August. Seating will respect social distancing, there will be shorter performances and no intervals so that audience mingling will be kept to a minimum.

The venues which will be used for the 2021 International Festival include outdoor venues at Edinburgh Academy Junior School, Parabola’s Edinburgh Park development and the University of Edinburgh’s Old College Quad, alongside carefully planned performances at the Festival Theatre, Traverse Theatre, The Royal Lyceum Theatre and Dance Base.

Linehan said: “Even though we are not talking about major opera companies or huge theatre productions, there is an incredible range of artists. We have also had to look at having a kind of parallel digital side to the festival in terms of digital commissions. Then we have to broadcast these or stream the work in a way that is of very high quality.”

There will be no visits by full orchestras, rather individual performers and conductors will come to Edinburgh and the maestros will use local musical talent in the form of orchestras such as the RSNO or the Scottish Chamber Orchestra.

We were entertained at a mini media launch in the Botanics on Tuesday evening by cellist Su-a Lee, percussionist Iain Sandilands and fiddler Jenna Reid as a taster of what is to come, and what has been missing from all our lives in the last year or more. The festival begins with three nights of the Aberdeen Standard Investments Opeing Event Night Light which is s a free fire night walk through the Botanics which 3,000 people can attend each evening. The fire will be accompanied by live traditional Scottish music.

Culture Minister Jenny Gilruth said: “Edinburgh’s world-class festivals are responding to incredibly difficult circumstances by continuing a proud tradition of innovation. The International Festival’s pioneering and safe return to live performance is an exciting moment for the sector and for audiences who have missed the joy of sharing live performance.

“The programme has been planned with the utmost care and attention and an excellent and diverse digital programme extends the spirit of the International Festival to those who are unable to join us in Edinburgh this year.”

Councillor Donald Wilson, Edinburgh’s Culture and Communities Convener, said: “The Edinburgh International Festival is a celebration of people coming together from all backgrounds, and a celebration of Edinburgh itself, one of the world’s leading cultural capitals. I’m delighted to see the International Festival return with such an interesting and diverse programme of UK and international artists. After the challenging year we’ve all had and the disappointment of not being able to enjoy the festival in the usual way last year, it’s fantastic to have a broad programme where audiences can share in the live performance experience again, with an excellent programme in outdoor venues alongside the Festival’s online offering.

“Public safety will of course remain a priority, and we continue to be impressed by the resourcefulness and resilience displayed by the Festival throughout the last year and in the planning for such an exciting programme for 2021. We can all very much look forward to this year’s Festival.”

What are the highlights?

Nicola Benedetti will be in residence for two weeks at the Festival, appearing with the Benedetti Baroque Orchestra, with a specially selected ensemble in Stravinsky’s The Soldier’s Tale and in a solo performance The Story of the Violin.

Two operas-in-concert featuring two of the world’s most celebrated sopranos are part of the programme. A new concert staging of Ariadne auf Naxos stars Dorothea Röschmann in the title role alongside David Butt Philip as Bacchus.

Composer Errollyn Wallen continues the story of Dido and Aeneas in Dido’s Ghost, interweaving the music of Purcell’s original tragedy within her own new opera which stars South African soprano Golda Schultz.

Leading orchestras from across the UK including the Royal Philharmonic Orchestra conducted by Vasily Petrenko and featuring Isata Kanneh-Mason, the London Symphony Orchestra led by Sir Simon Rattle, the Chineke! Orchestra with William Eddins and the BBC Symphony Orchestra under the baton of Dalia Stasevska.

Two concerts with the Royal Scottish National Orchestra, one conducted by Valery Gergiev and featuring Daniil Trifonov and another led by Elim Chan with Argentinian cellist Sol Gabetta. Marin Alsop conducts the BBC Scottish Symphony Orchestra in a programme including Beethoven’s Fifth and Kazushi Ono leads the Scottish Chamber Orchestra.

Thomas Quasthoff featured in three performances across the Festival, appearing in Ariadne auf Naxos as the Major Domo, leading his jazz quartet for an intimate evening of vocal classics and hosting two public masterclasses with outstanding young singers.

At the Royal Lyceum Theatre

For the first time in over a year the Lyceum will open its doors to performance in front of a live audience. The programme includes the National Theatre of Scotland’s Lament for Sheku Bayoh and rehearsed readings of Hindu Times by Jaimini Jethwa and You Bury Me by Ahlam.