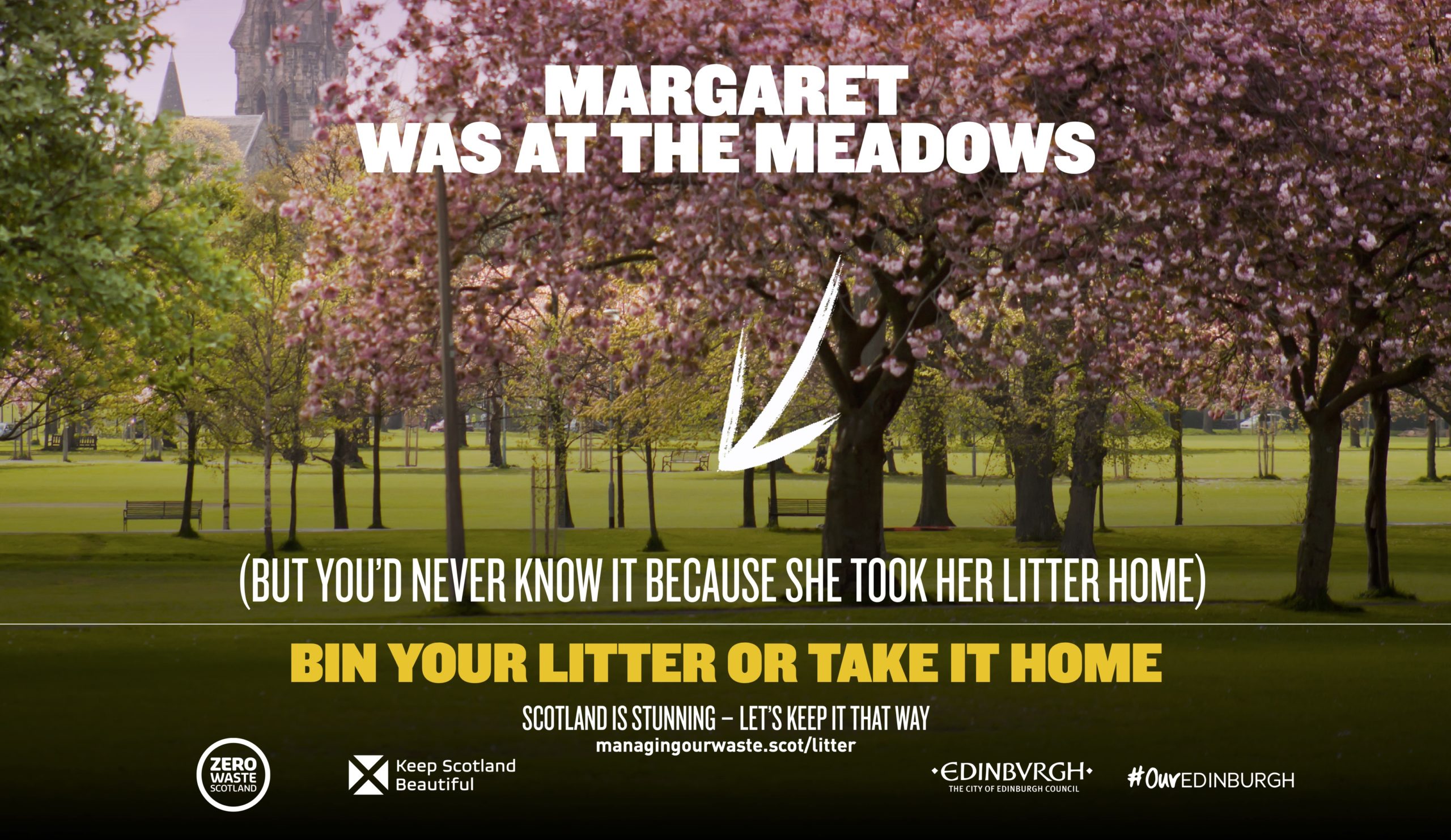 The City of Edinburgh Council has signed up to the second phase of the award-wining Scotland is Stunning – Let’s Keep It That Way litter prevention campaign.

The campaign by Zero Waste Scotland, in partnership with The Scottish Government and Keep Scotland Beautiful, aims to raise awareness of the harm done by littering, encouraging Scots to change their habits by taking their litter home or binning it. It was first launched last year to coincide with tourism reopening in the country.

Scotland is Stunning – Let’s Keep It That Way aims to encourage people in Edinburgh who are out enjoying Scotland’s natural beauty and wildlife to bin their litter or take it home with them.

Cllr Lesley Macinnes, Environment Convener, said: “We’re supporting this campaign as Edinburgh is a stunning city and we want to keep it that way. If you’re out enjoying our beautiful parks, beaches and other open spaces please respect the environment and other people who love the city as much as we do by picking up after your pooch and binning your litter or taking it home with you.

“It’s more important than ever that we all remember to do this over the summer months when our fantastic city can become very busy. We’re doing our bit by targeting at least ten ‘hot spot’ areas with campaign materials like bin stickers and social media messaging to encourage everyone to keep our much loved Capital city clean.”

The campaign, in which popular Scottish comedian Janey Godley lends her voice to radio and online adverts, reminds Scots out enjoying themselves to leave a green or rural space exactly the way you found it.

Janey Godley, said: “It’s no secret that I love Scotland and all the goings on, and I don’t understand why people would want to destroy our wee beauty spots with their rubbish.

“When I’m taking my wee sausage dog out for a walk or dragging my daughter on a day trip, I don’t want to be dodging coffee cups, plastic water bottles or sandwich packets.

“Take your rubbish home with you or bin it, ye’ve been tellt!”.

As Scotland takes another step back to normality, rural and green spaces and urban parks are expected to see a flurry of visitors in the coming months, raising concerns about littering. In fact, most people in Scotland are concerned about litter levels in their local area, with research carried out by Zero Waste Scotland indicating that a majority (89%) see it as a problem in their area. Recently, a third (34%) of the population have seen an increase in litter since the pandemic.

As well as being an eyesore, dropping litter is a criminal offence. Discarded waste can harm wildlife and be a danger for children.

This campaign also leads the way for behaviour change ahead of the expected ban on certain problematic single-use plastic products. As Scotland moves away from single-use items and increases recycling through the new Deposit Return Scheme for drinks cans and bottles, this will ultimately result in less litter, making a good case for systemic change.

Iain Gulland, Chief Executive, Zero Waste Scotland, said: “As restrictions ease and many of us can once again return to our favourite Scottish beauty spots, we are asking everyone to take their litter home or bin it.

“Visitors to green and rural areas will be keen to make up for lost time and we don’t blame them. We’re joining forces with brilliant partners once again to remind everyone to respect our hills, lochs, parks, and woodlands. Now is the time to enjoy the great outdoors but please leave Scotland as stunning as it was when you found it.”

Michael Matheson, Cabinet Secretary for Net Zero, Energy and Transport, said: “We want everyone to have the chance to enjoy Scotland’s stunning outdoors this summer. Litter isn’t just an eye sore – it harms our wildlife, contributes to the climate crisis and impacts on our health and wellbeing. To make sure people can enjoy our parks, beaches and countryside after you leave, please put your rubbish in the bin, recycling it if you can.”

Barry Fisher, CEO, Keep Scotland Beautiful said: “We know from our work with communities across Scotland that most people want to do the right thing and take action to make all of Scotland stunning again.  Our evidence shows that we’re facing a looming litter emergency across Scotland, so we’re delighted to support this campaign.  We all can, and should, do more to tackle litter. And while some people need to change their behaviour, thousands of people have pledged to litter pick as part of our Summer Clean this month, helping them turn their anger into action.”

The Scotland is Stunning – Let’s Keep It That Way campaign launches today and will be rolled out across social media channels and outdoor advertising over the summer holidays. Partners, businesses, local authorities, and community groups are encouraged to download the free campaign toolkit, which includes digital tools and posters.

The campaign will involve partners from different industries, from tourism to transport, building on the strong performance of the initial campaign in 2020, which achieved backing from over 100 organisations and positive feedback from those surveyed. 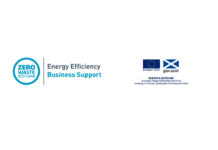 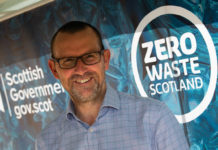 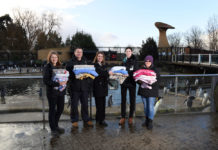 The Big Declutter during Pass It On Week

Next steps on deposit return scheme